A recent report revealing that thousands of girls are missing school because they can’t afford sanitary products has led to a campaign against so-called ‘period poverty’.

But one company has come up with a rather unique way to raise funds for the issue.

The realistic-looking treats are crafted in the shape of the sanitary product and even include edible blood on the end, while the cotton centre is are made from white almond shell.

And while the fake blood doesn’t look very appetising at first, it is actually made from a delicious raspberry or rose buttercream.

The macarons even include blue tampon strings, which have been made from raspberry.

The treats sell for £24.50 for a box of eight and can be ordered from the brand’s website.

While they be stomach-churning for some, the macarons are all for a good cause; the company will donate £10 for each box of eight bought through the OhLaLa website. 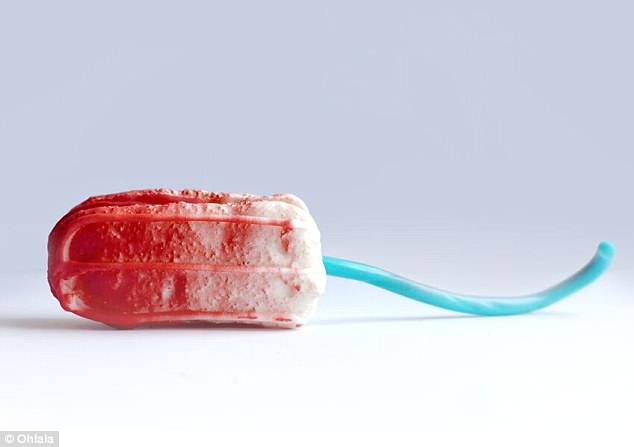 This means that every single box of tampon macarons purchased, a month’s supply of sanitary products will be bought for women in need.

Last year it was revealed that school girls in the UK are truanting because they can’t afford sanitary products.

Bloody Good Period works to provide free tampons and sanitary towels to those who can’t afford them.

They supply over 1,000 women  a month with menstrual supplies and toiletries, which can cost up to £20 per cycle.