In total 125 craft with a combined value of £3billion will be on show between Wednesday and Friday, as 580 exhibitors show off the wares, hopeful of landing a lucrative purchase.

Last year, out of 109 boats, ship-makers managed to flog just 19 vessels – but with an average value of £20million the show certainly aims for quality over quantity.

Yachts on show this year include the GTT 115, created by Porsche’s design studio spin-off, the Super Yacht Sub 3, which can dive to 300m and stay submerged for 12 hours, along with two helicopters.

Tickets just to attend the event, described as ‘the flagship event in the worldwide yachting calendar’, cost £140 just for a day pass. The show runs for four days, starting on Wednesday and ending on Friday.

The Monaco Yacht Show has got underway in Port Hercules, with 125 of the world’s most luxurious and expensive craft up for sale, with a combined value of £3billion 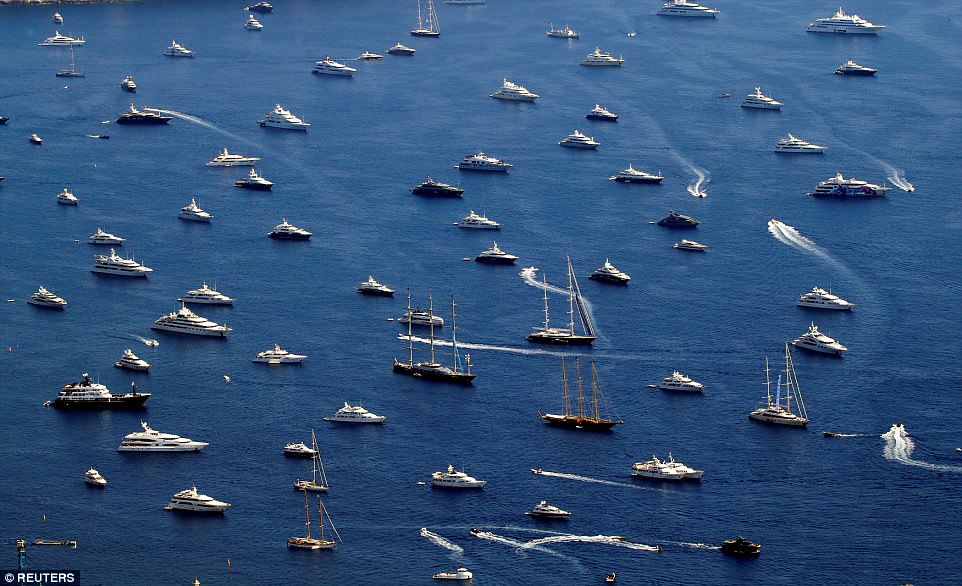 Superyachts from 38 different countries which took 580 different companies to put together will be on show from Wednesday until Friday, with tickets just to look around costing £140 for the day 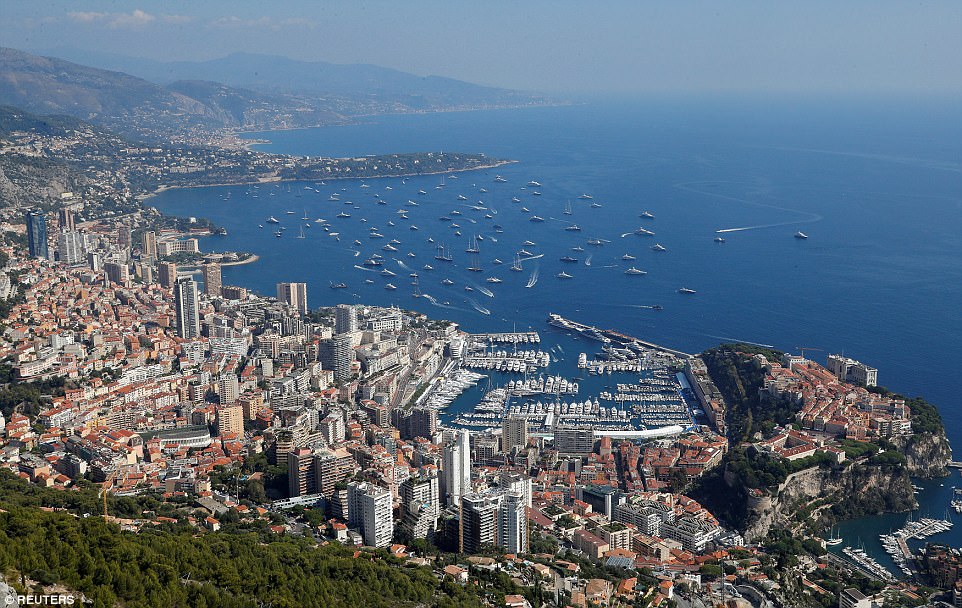 The show, which is one of the largest and most prestigious of its kind anywhere in the world, takes place in Port Hercules, one of the few ports in Monaco large and deep enough to accommodate so many boats 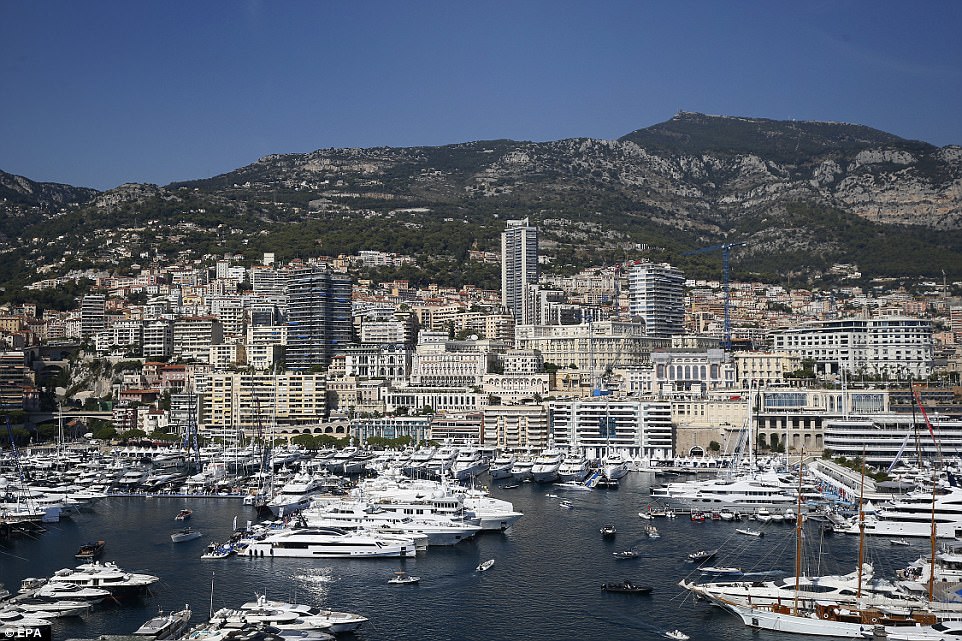 The show spans such a large distance, 10 acres in total, that guests are able to ride smaller vessels between the larger exhibits in order to see the whole display in a single day 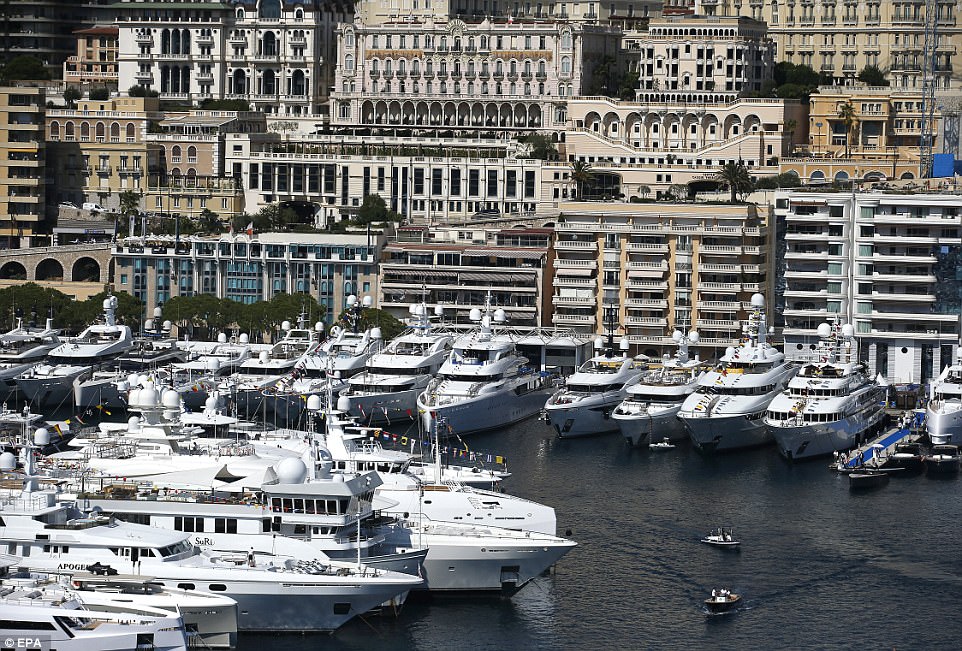 Last year, out of 109 boats on display, just 19 were sold – but with an average asking price of £20million, the yacht show focuses on quality over quantity 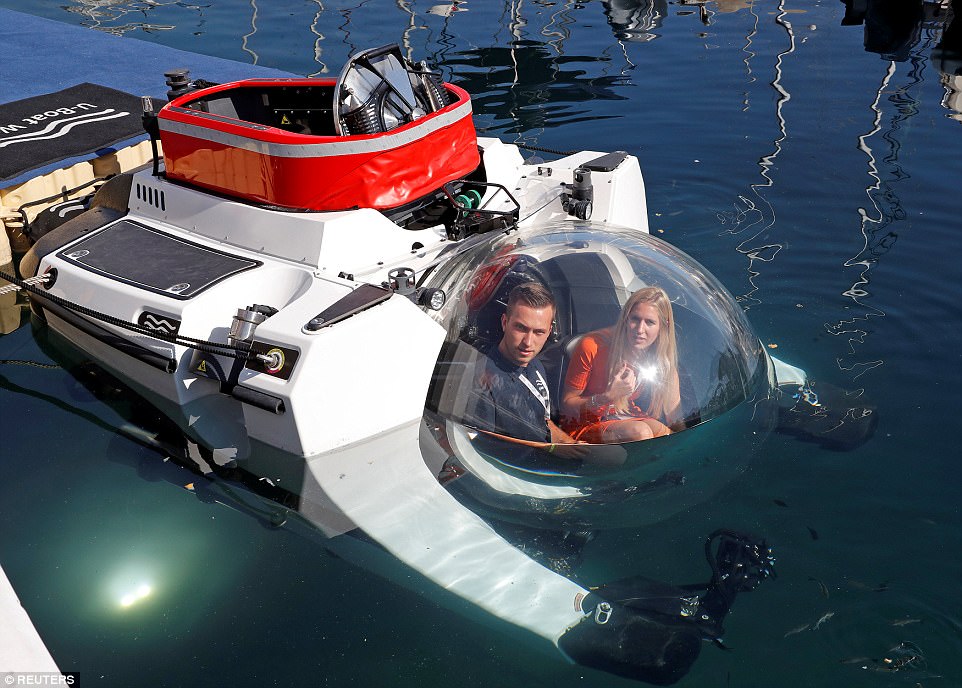 New this year is a ‘water toys’ section for all the ‘must-have’ aquatic gadgets of wealthy yacht owners. This is the Super Yacht Sub 3, which costs £1.6million and is capable of staying submerged for up to 12 hours 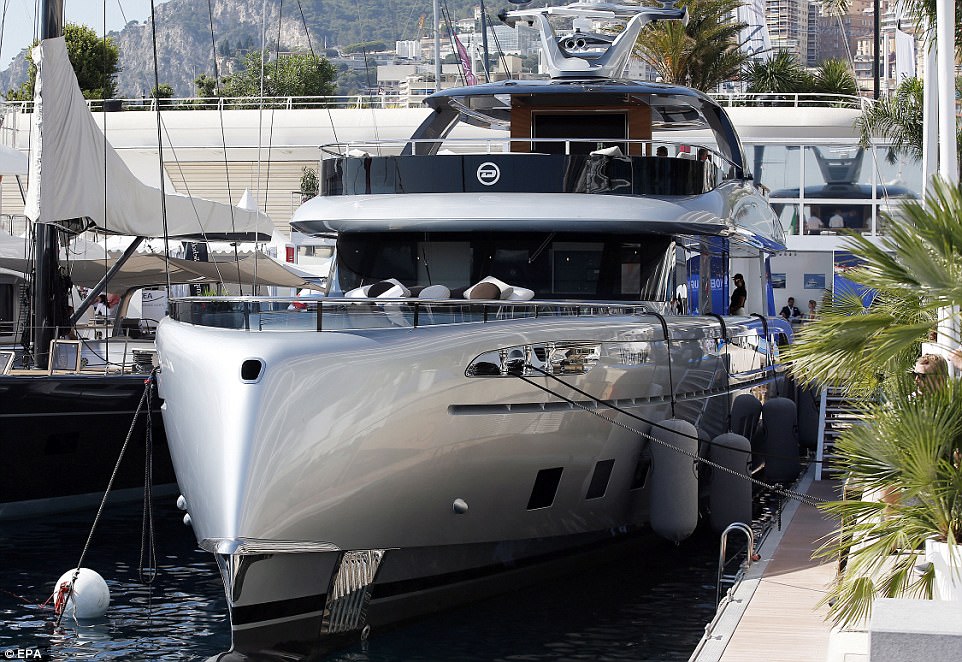 One of the yachts on display is the GTT 115, conceived by Porsche’s design-house spin-off, which features three or four cabins below deck, a spa at the front, and dining area at the back 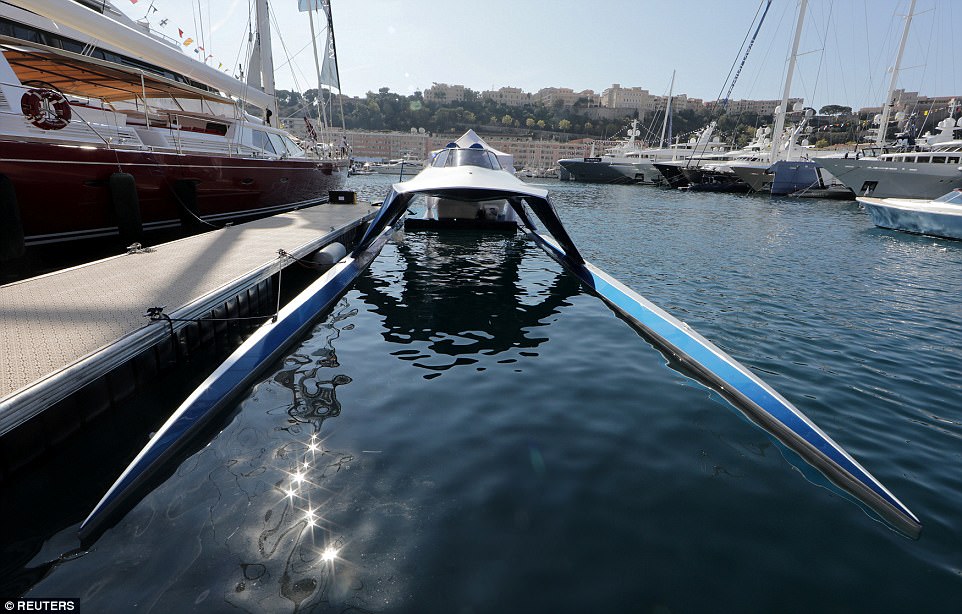 One of the stranger vessels on display is the British-made Glider Sport Limousine 24, designed to take people between their yacht and the shore at speed of up to 60 knots 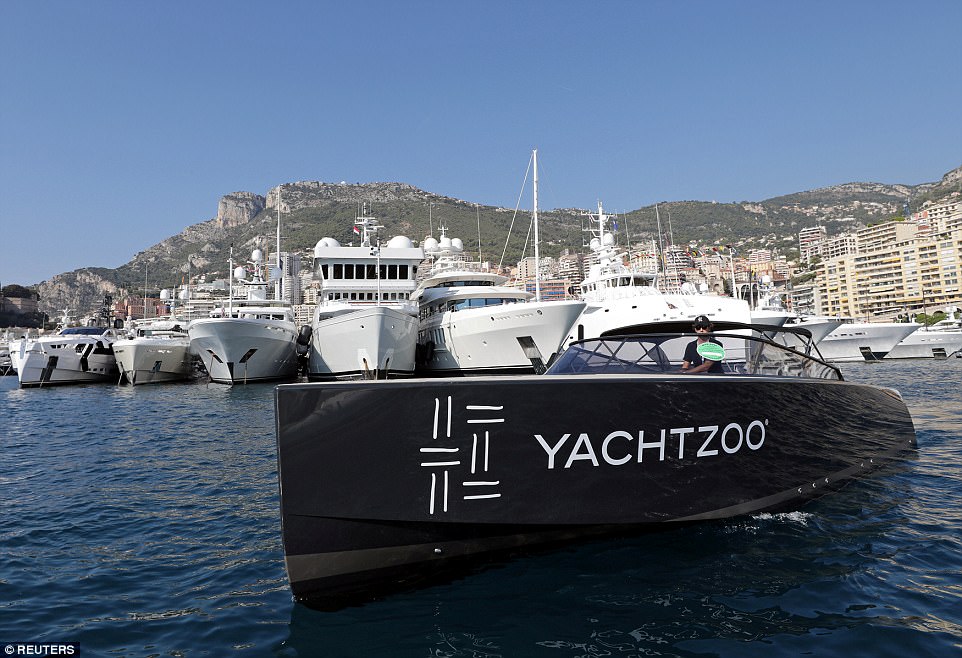 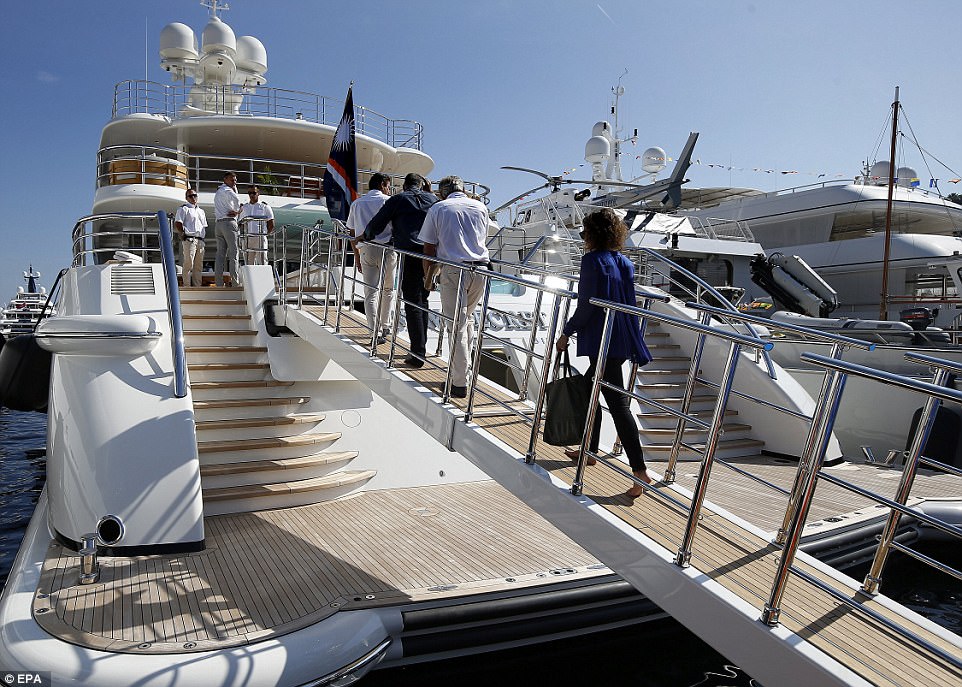 While the event is focused around yachts, also on display are 15 luxury cars from makers such as Aston Martin and Bentley, along with two helicopters and a range of smaller vessels 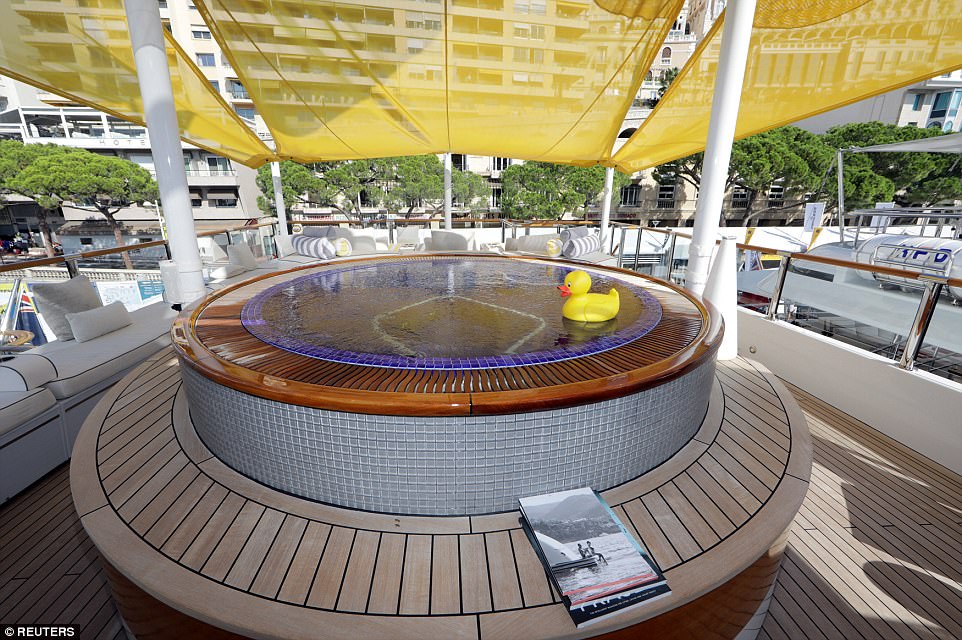 On board the yachts are designed to provide nothing but the height of luxury to their new owners. This is the spa pool on board the Scout superyacht 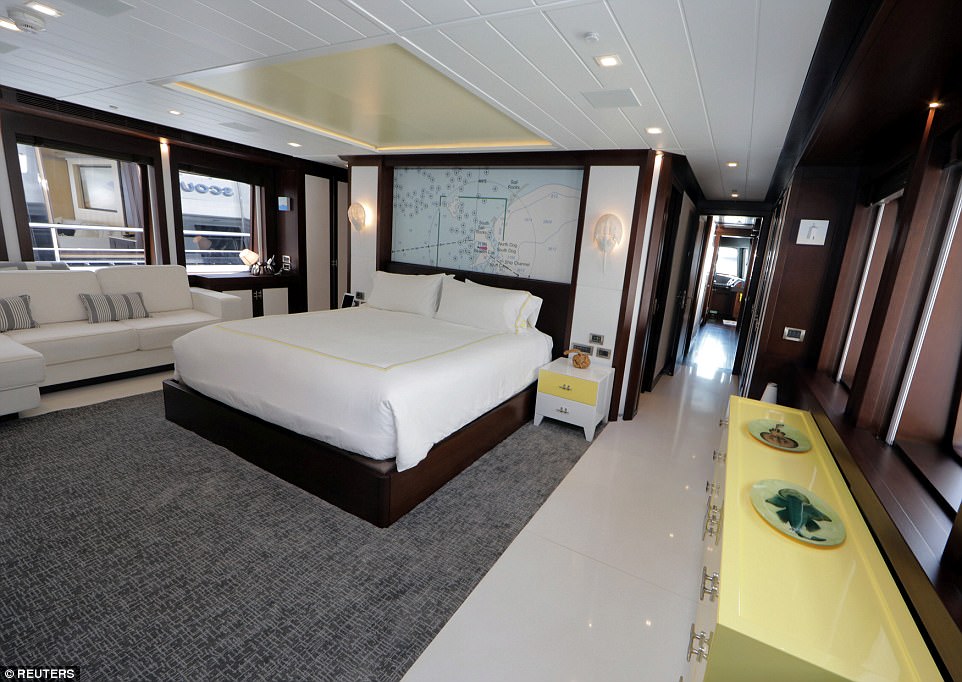 The master bedroom on board the Scout superyacht, which has a starting price of £17million. In total it has six guest cabins and three more to accommodate a crew of 11 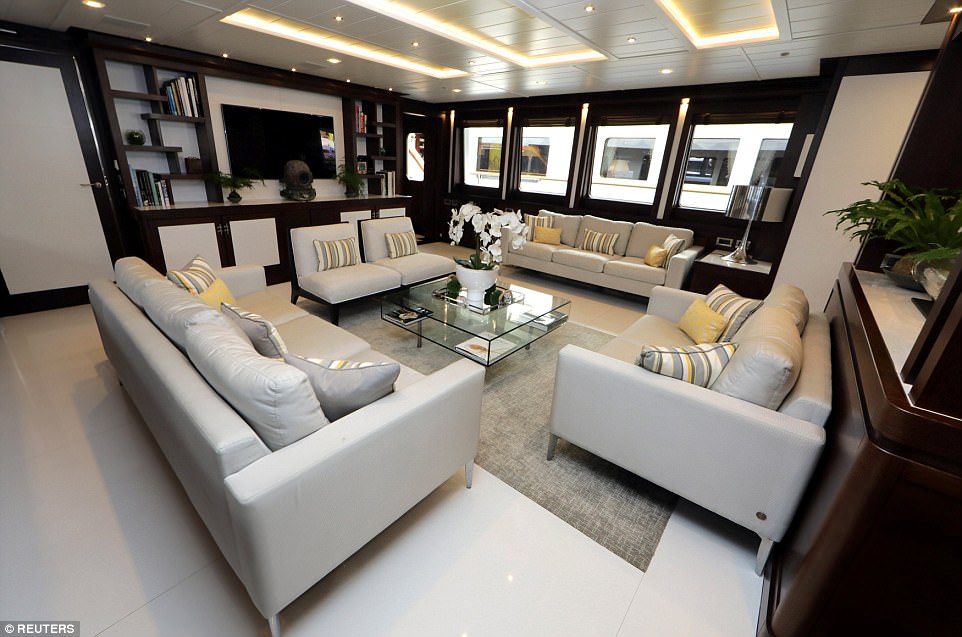 As well as this sitting room, the boat features its own gym, office and ‘bark park’ – designed to house any dogs on board The Scout also comes equipped with a dining room and a separate living quarters for the chef, should the owner hire one 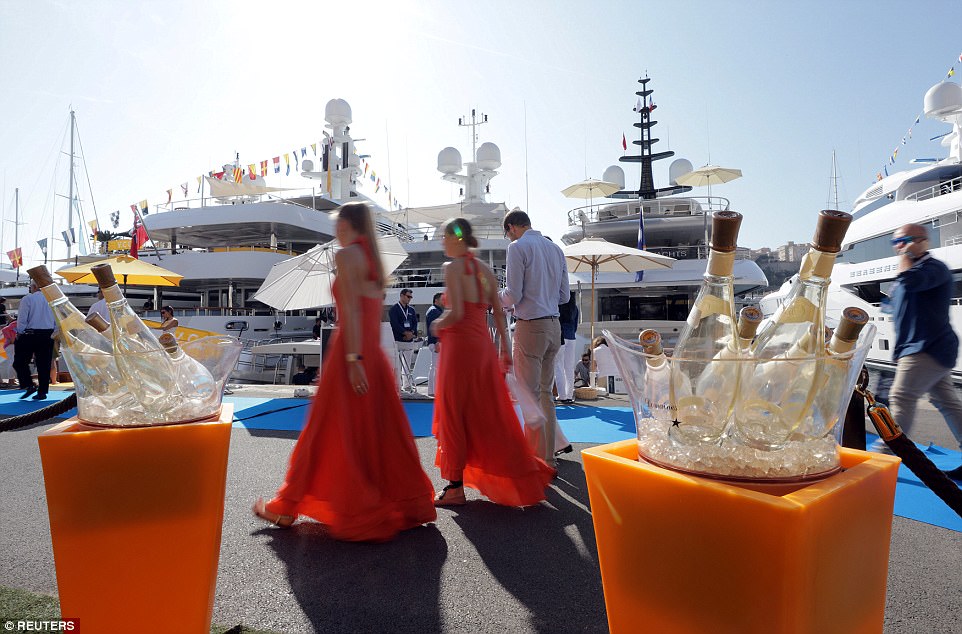 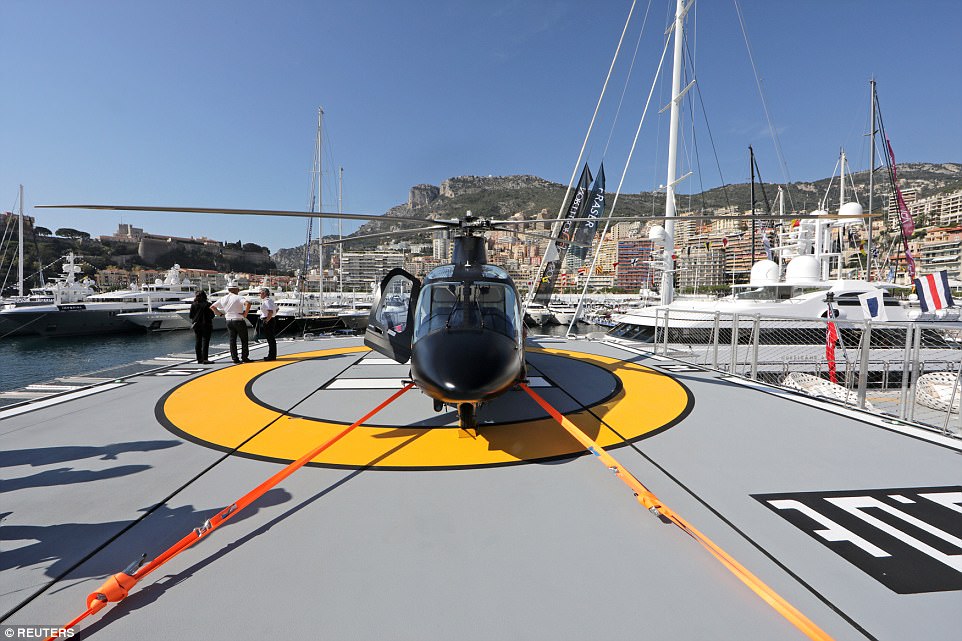 One of the two helicopters at the show is displayed on the rear deck of Game Changer, a superyacht that is designed for those who like expensive toys. It also has room to store a miniature submarine on board 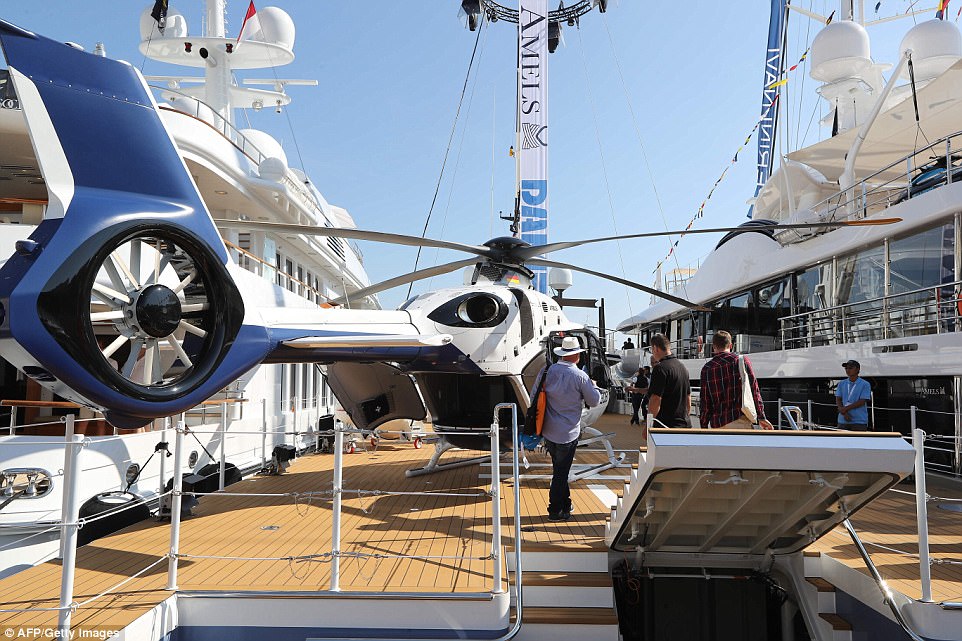 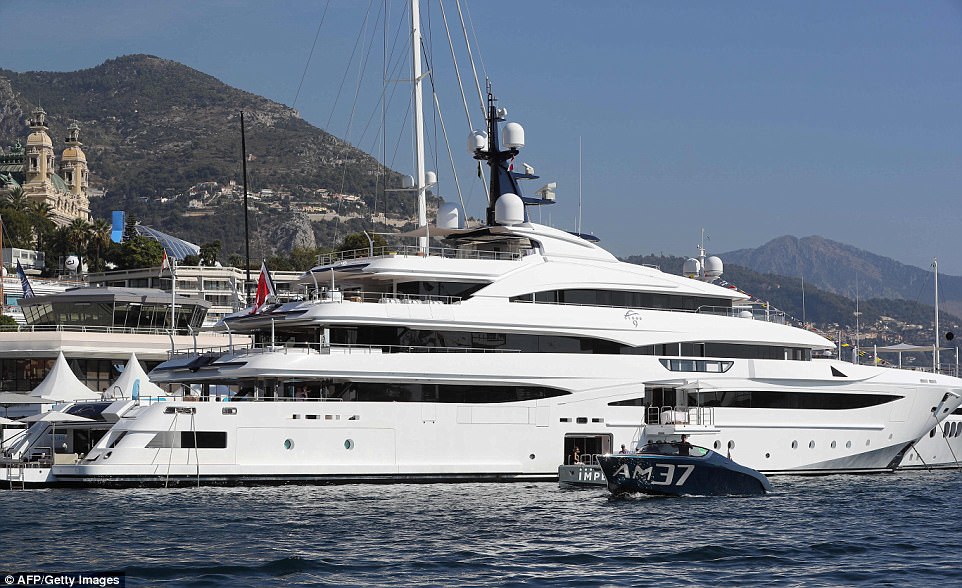 While the show includes smaller craft and ‘water toys’ for the first time this year, the focus is still on the larger vessels 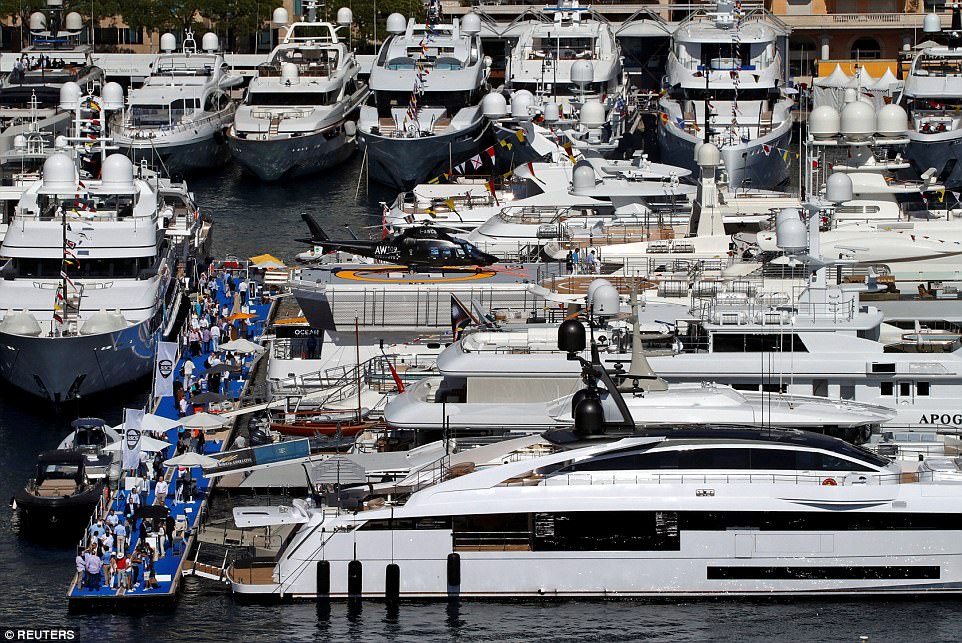 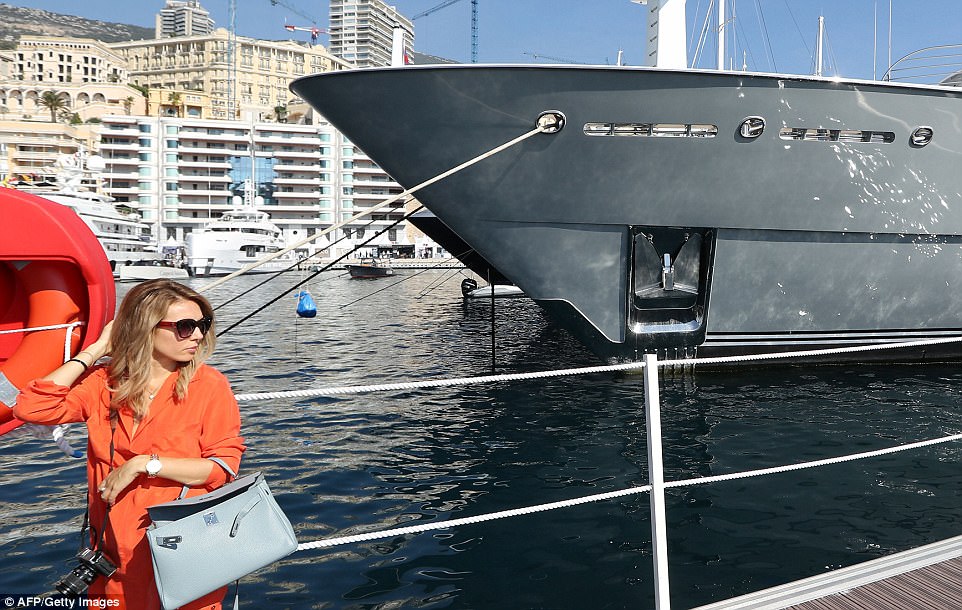 The yacht show offers not just the chance to see the vessels, but also be seen with them, as this young woman demonstrates