M25 road rage murderer Kenneth Noye, 71, is ‘highly likely’ to be freed from jail this week

M25 road rage murderer Kenneth Noye, 71, is ‘highly likely’ to be a freed from jail this week – despite victim’s father saying he should only leave prison ‘in a wooden box’

Murderer Kenneth Noye could be freed this week with a parole board due to decide his fate by Wednesday.

The 71-year-old is serving a life sentence for the 1996 road-rage killing of 21-year-old Stephen Cameron on the M25 in Swanley, Kent.

But Noye, who has served nearly 20 years, was moved to an open prison last year and is now ‘highly likely’ to be released’, according to legal experts cited by The Sun.

Mr Cameron’s father Ken has hit out at the possible move, saying Noye should only leave prison ‘in a wooden box’.

If the parole board grant him full release, the man who previously knifed a policeman to death could be out in around three months time.

It is 23 years today since the knifing of Stephen Cameron and his father has slammed the recent news of Noye’s seemingly imminent release. Ken Cameron said: ‘The timing of it is heartless.’ 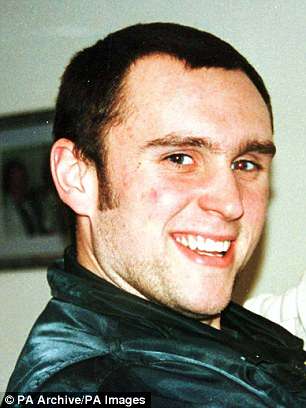 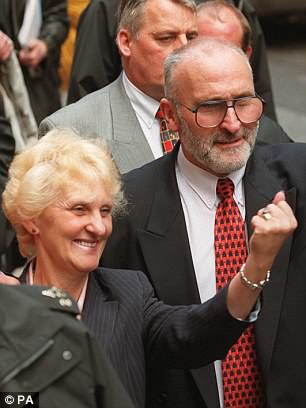 Stephen Cameron (left) was murdered on the M25 in 1996. His father Ken (right with his wife Toni after the trial in 2000) said the timing of his potential release is heartless

His mother Toni died in 2016 and widower Mr Cameron told The Sun: ‘All we ever wanted was justice. Life should mean life for him. The only way Noye should be allowed out is in a wooden box.’

Justice campaigner and ex-probation union official Harry Fletcher said: ‘It is highly likely that the Parole Board will decide to release Noye.

‘Given that the prisoner has been in open conditions for some time, and has been allowed on home leave visits and into the community, it would be unusual if Noye was turned down at this stage.’

The murder victim’s father Ken, 71, reportedly said it was ‘sickening’ to picture Noye having a nice time at Sunday dinner when it was revealed the killer would be allowed out on day release, with a source saying he couldn’t wait to have the British staple.

Ken said he had ‘nightmares’ that he would encounter his son’s murderer and said he should ‘never see the light of day’. 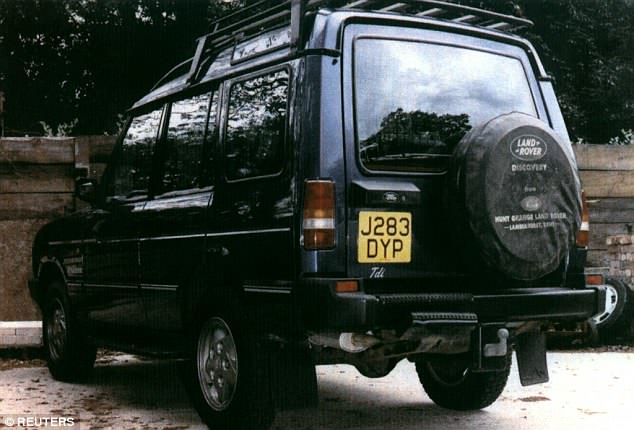 The Land Rover that Kenneth Noye was driving when he committed the M25 murder of Stephen Cameron in 1996, London. Noye was sentenced to life with a minimum 16-year term

Killer Noye used a 9in knife he kept in his car to stab Mr Cameron on a slip road of the M25 in 1996 as the victim’s 17-year-old fiancee, Danielle Cable, looked on in horror.

He had already served 14 years in jail for his part in the Brink’s-Mat bullion robbery in 1983.

During the infamous robbery, six gunmen burst into a warehouse near Heathrow Airport and doused security guards in petrol before escaping with £26million.

In 1985 Noye stabbed police officer John Fordham 10 times after he found the officer, camouflaged, and hiding in the back garden of his home.

But a jury found him not guilty of murder or manslaughter on the grounds of self-defence.

He was out on license when he stabbed and killed 21-year-old Mr Cameron, fleeing to Spain the day after the murder because he did not believe he would get a ‘fair trial’ in the UK. 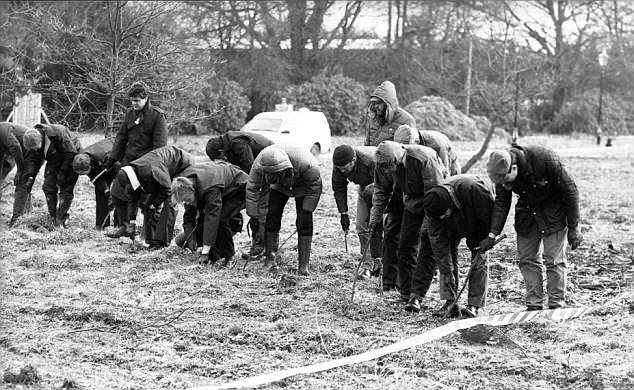 Police search the home of Kenneth Noye in 1985, after DC John Fordham was killed by Noye. At the resulting trial the jury found him not guilty on the grounds of self-defence

He was extradited in 1998 after police found him with a British passport under the name of Alan Green.

But the jury convicted him of murder after a pathologist said Mr Cameron’s injuries were consistent with murderous intent.

He was jailed for life at the Old Bailey with a minimum term of 16 years. 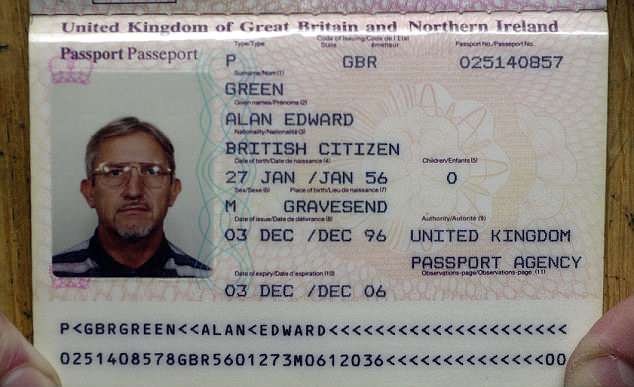 The passport Kenneth Noye was using in Spain under the false name of Alan Green. He was extradited in 1998 before he was found guilty and jailed at the Old Bailey