Macaques launch flying kicks at each other at zoo in Japan

David Williams, who lives in Japan, has documented the bananas playfights of the troop of Japanese macaque, also known as the snow monkeys, at Tama Zoo, in Tokyo.

The cheeky monkeys are seen throwing human-like punches at each other – all in the name of fun, of course.

David Williams photographs Japanese macaques fighting at a zoo in Tokyo. Of this shot, he said: ‘This shows a perfect moment of a monkey jumping and punching at the same time. I didn’t even see this happen as it happened so fast and the mirror in my camera was opening and shutting so quickly, my eye didn’t catch it’ 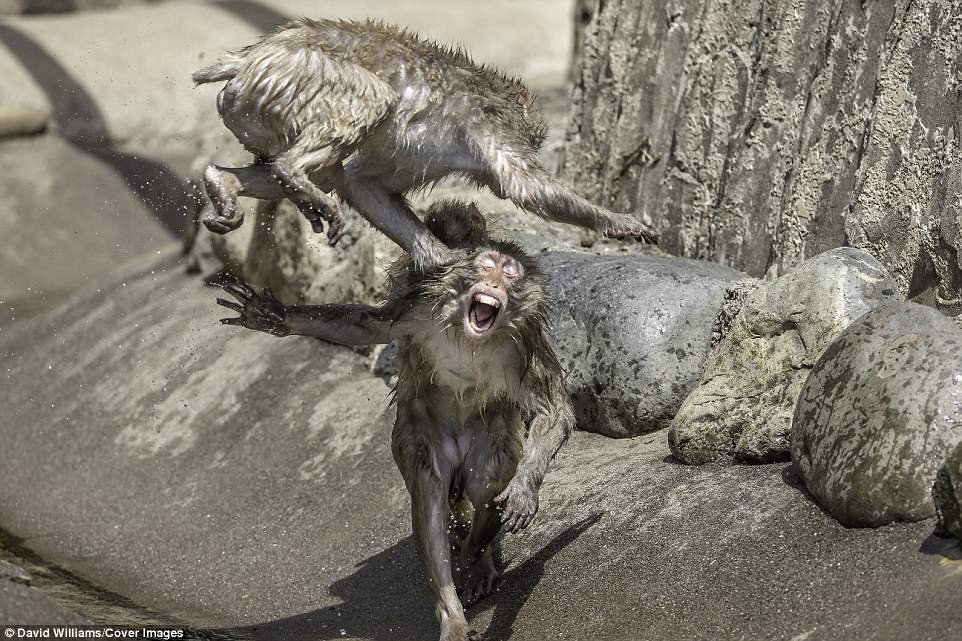 Mr Williams says that the monkeys have a central pool of water to relax in and this is where most of the fighting takes place. He added that the younger monkeys usually start the fighting by picking on the older ones 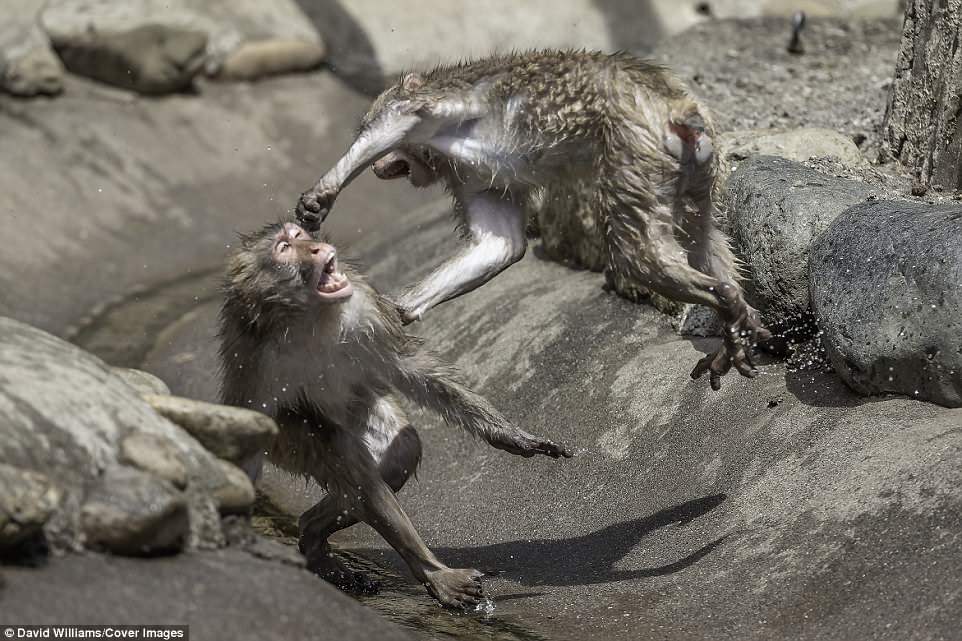 By using an incredibly quick shutter speed, Mr Williams is able to capture moments that happen to quickly for the human eye to register, such as this flying punch 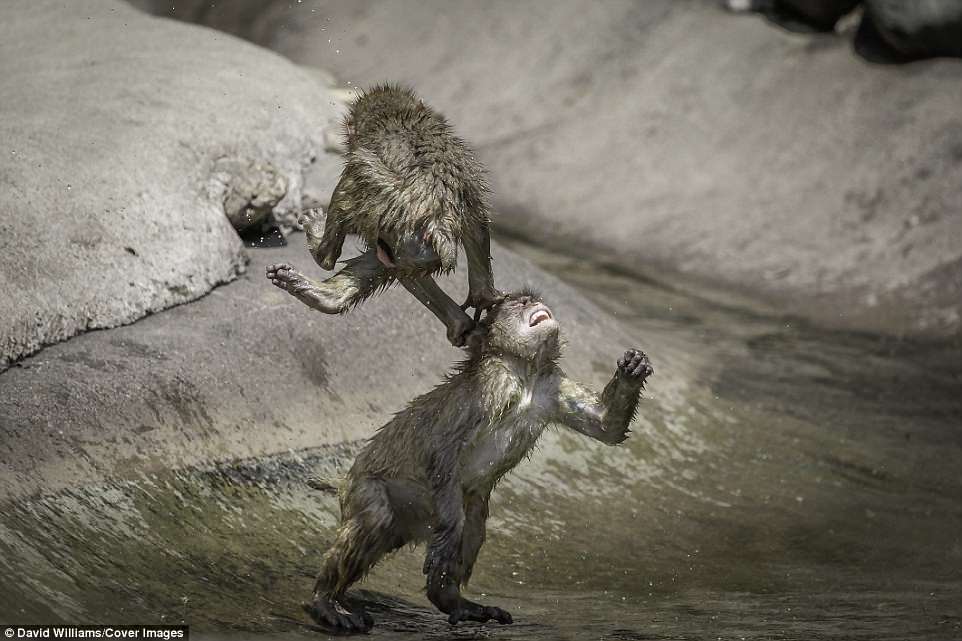 Japanese macaques, or snow monkeys, live in large troops and play fighting is important in maintaining social bonds and establishing order within the group

David explains: ‘The snow monkeys have a huge outdoor area, which they really enjoy.

‘They have a running stream of water which fills up the pool for them, any overflow drains out. They absolutely love to play fight in this pool. Usually the older monkeys are just relaxing in the pool to cool down or have a drink but the young monkeys love to pick a fight with them.

Describing a particularly bruising jump-and-punch shot, David explains: ‘This shot shows a perfect moment of a monkey jumping and punching at the same time. I didn’t even see this happen as it happened so fast and the mirror in my camera was opening and shutting so quickly, my eye didn’t catch it. It was a great surprise when I checked the images at home.

‘I love capturing these moments as our eye cannot see these fast actions properly. I really enjoy seeing the graceful movements as well as their amazing agility.’ 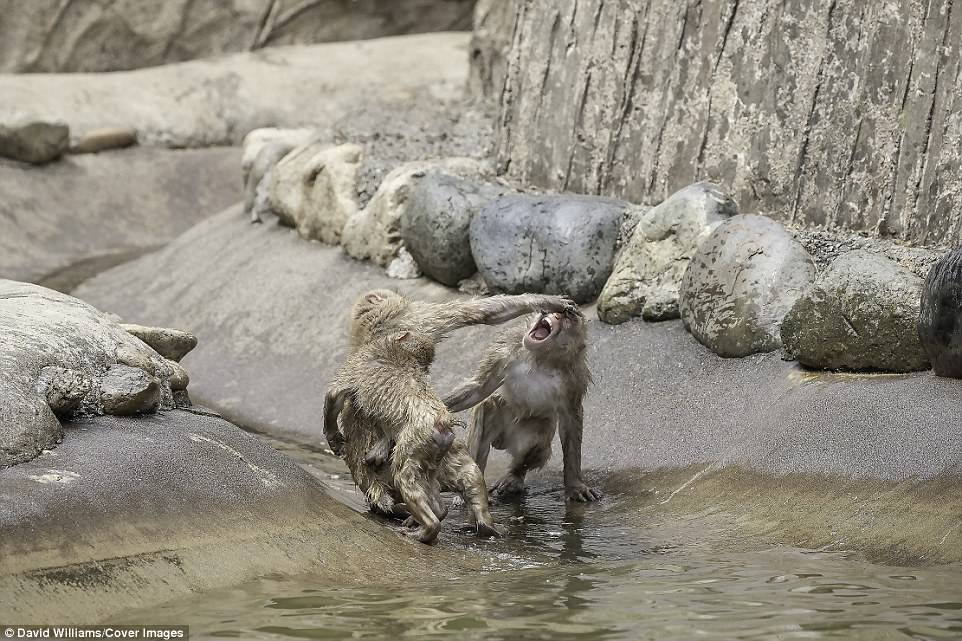 Three young monkeys play fight in the pool inside their enclosure at Tokyo zoo. Mr Williams said it is largely the younger ones that begin the fights 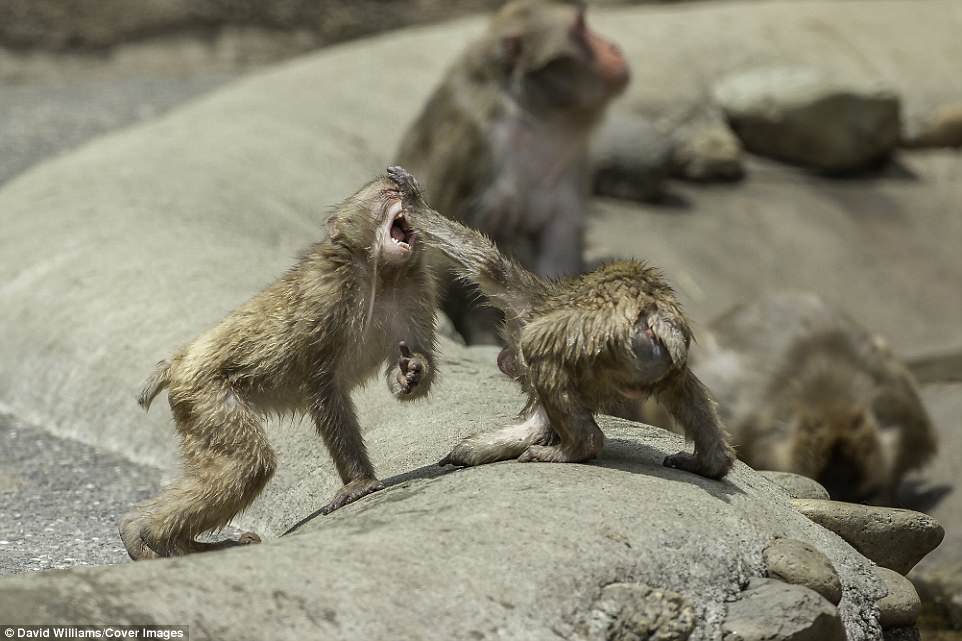 There is often little difference between a macaque play fight and a real fight, except that the monkeys make a lot more noise when they are wrestling for real 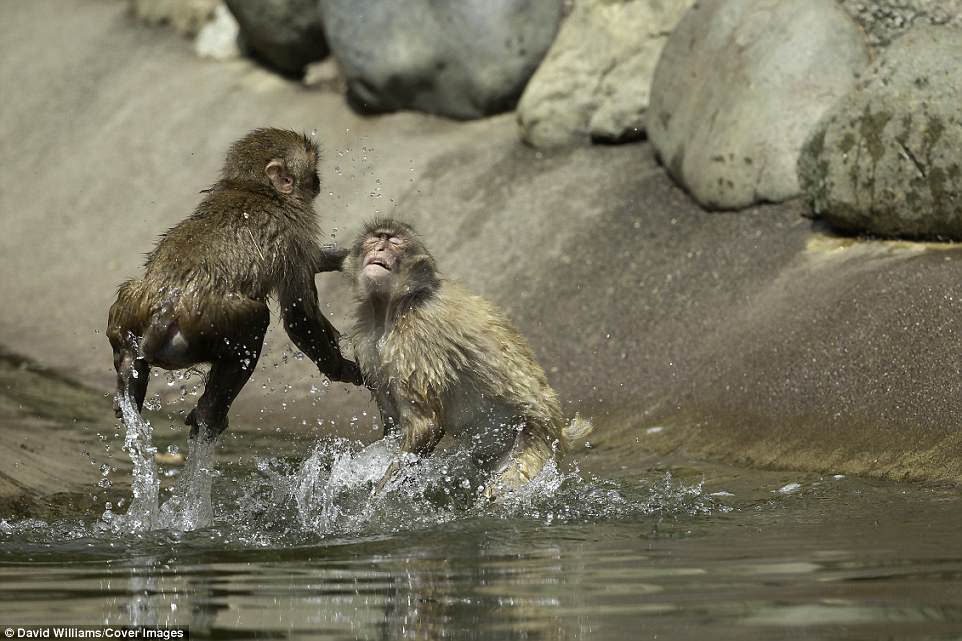