MILWAUKEE (AP) – Manny Machado singled twice and walked twice in his debut with the Los Angeles Dodgers, who used a tiebreaking RBI single by Chris Taylor to beat the sliding Milwaukee Brewers 6-4 on Friday night.

NL West-leading Los Angeles was held in check by Wade Miley before going ahead to stay in the seventh. Moments after Yasmani Grandal was cut down at the plate on a nice pickup by catcher Manny Pina, Taylor singled in Chase Utley to give the Dodgers a 2-1 lead. Machado’s second hit then set up Max Muncy’s run-scoring double off Taylor Williams (0-3).

Enrique Hernandez added a three-run homer in the ninth as Los Angeles celebrated the trade for Machado with its fifth win in six games. Rich Hill (3-4) struck out nine in six innings, and Kenley Jansen got three outs for his 28th save.

Milwaukee returned from the break to an emotional apology from reliever Josh Hader for years-old racist and homophobic tweets that surfaced during the All-Star Game. Miley tossed six effective innings in his 200th career start and Jesus Aguilar hit his NL-best 25th homer in the eighth, but the Brewers dropped their seventh straight game.

Christian Yelich hit a two-run triple in the ninth, but Jansen struck out Aguilar swinging for the final out.

With his teammates standing behind him during a news conference, the 24-year-old Hader said the tweets – which included a slur used to disparage African-Americans – “were never my beliefs. I was young. I was saying stuff out of just ignorance and that’s just not what I meant.”

Hader is going to participate in diversity and inclusion initiatives in addition to sensitivity training, according to Major League Baseball. The hard-throwing lefty did not get into the game against Los Angeles.

Machado joined the Dodgers after he was acquired in a blockbuster trade with Baltimore on Wednesday. The Brewers also were in the mix for the All-Star slugger, but the Dodgers reeled him in with a package of five prospects headed by slugger Yusniel Diaz.

Machado started at shortstop and batted second, but manager Dave Roberts said he might play third at some point and he could try him in the third slot in the lineup as well. He grounded a single into right field in his first at-bat. He also walked in the third and fifth, and flied out to right in the ninth.

Machado’s walk in the third helped load the bases with one out, and Taylor scampered home on a passed ball for Pina. But Matt Kemp then bounced into an unusual 1-3-4 double play, with Aguilar catching Muncy trying to scramble back to the bag at second.

Milwaukee also hurt itself on the bases. Keon Broxton was caught off second on Miley’s base hit in the fifth, and Miley was thrown out at home when he tried to score from first on Yelich’s tying RBI double.

DOWN ON THE FARM

Los Angeles optioned outfielder Andrew Toles to Triple-A Oklahoma City to make room for Machado on the roster. Right-hander Walker Buehler was slated to throw a five-inning simulated game with the Dodgers’ top minor league affiliate, according to Roberts. Buehler could rejoin the major league club next week.

Dodgers: INF Justin Turner was held out with an adductor injury. “I would say a little bit more on the hope that he can start tomorrow,” Roberts said. “Expectation is a little bit, just a little bit under that.”

Brewers: Pina was reinstated from the 10-day disabled list. He had been sidelined by a left biceps strain. … Manager Craig Counsell said OF Ryan Braun (back strain) could come off the DL on Saturday, depending on how he responds to his pregame workout.

Jay Cohen can be reached at http://www.twitter.com/jcohenap 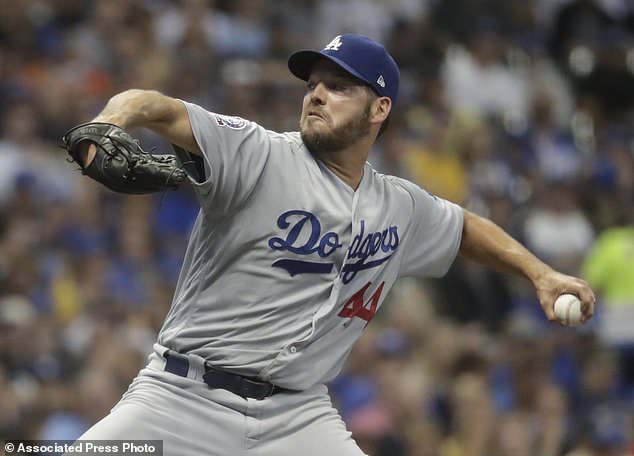 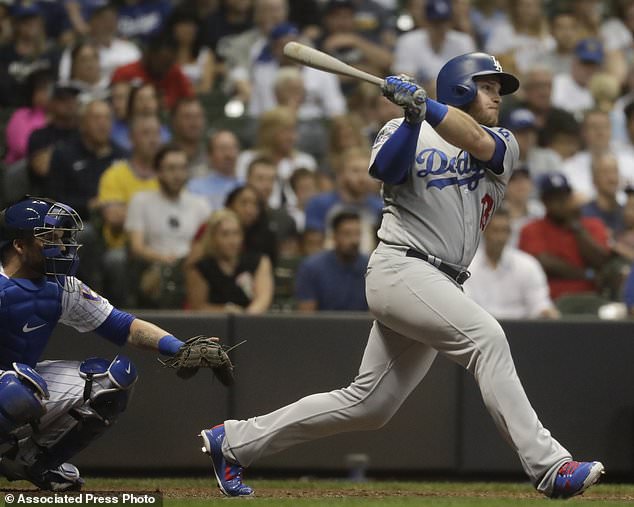 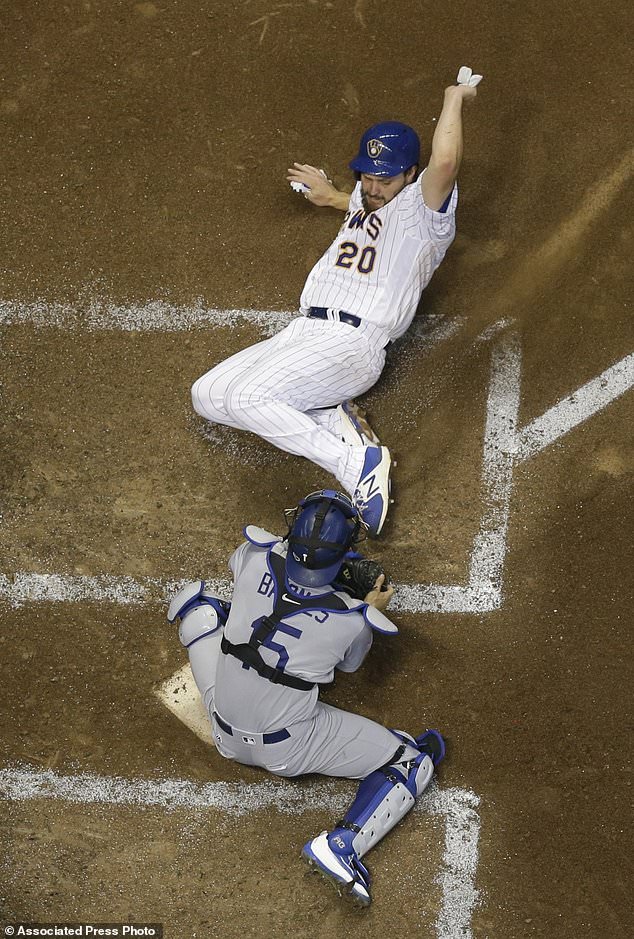