Teen sues Big W for more than $250,000 over gruesome injury he suffered while shopping


A teenager is suing Woolworths for $250,000 after he cut his heel, damaging his Achilles tendon, while trying out gym equipment at a Big W store.

Toby Dunne was shopping with his dad’s partner at the discount department store in Mackay, on Queensland’s central coast on Boxing Day in 2019 when the incident occurred.

Mr Dunne, who was 12 at the time, began using an elliptical cross trainer which was on display with other gym equipment.

There were no signs warning for customers not use the equipment, court documents allege.

Toby Dunne, now 14, climbed on an elliptical in a Mackay Big W in 2019 which he alleges had no signposted warnings and was crowded by other equipment

While on the machine his left foot ‘struck the uncapped end of the seat rail of the rowing machine’, court documents allege, and he cut the top of his left heel, slicing into his Achilles tendon.

Mr Dunne underwent surgery that day but he and his family claim he still suffers from pain and a limited range of movement.

Toby also alleges his injury has caused a loss of earning capacity as he wanted to become a qualified carpenter but has trouble completing work duties. 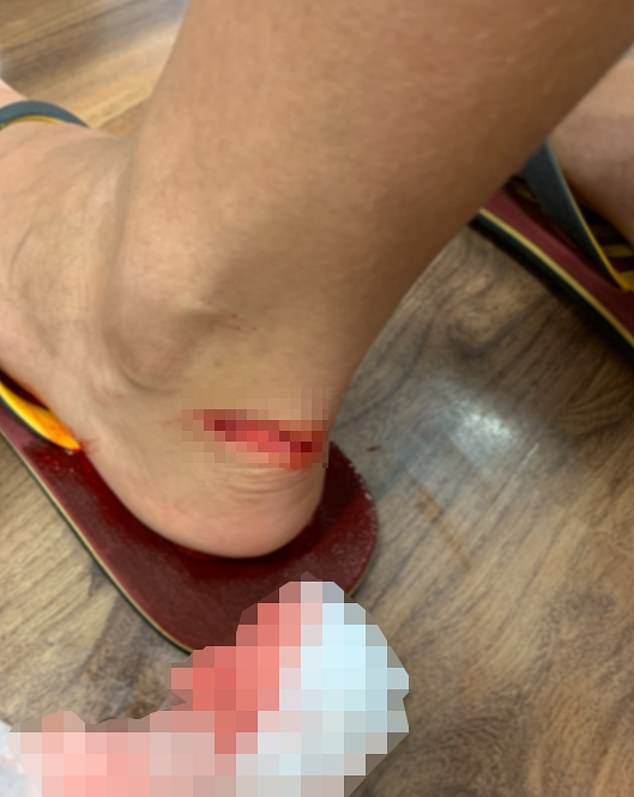 Toby sliced his ankle while using the machine and underwent surgery the same day, he claims he still suffers limited mobility and is now suing Woolworths Group $252,005.10 in damages with the allegation that its negligence has caused a loss of earning capacity

Mr Dunne is seeking $252,005.10 in damages from Woolworths Group and alleges the store acted negligently by failing to keep the store safe.

His father Brad Dunne told Seven News that Toby is an ‘active kid’ and ‘wanted to play Aussie Rules this year but is worried about the ongoing pain he experiences from his injury’.

He also described the incident as an ‘accident waiting to happen’.

‘So many exercise machines were crammed into the one area. There were no signs telling people to keep off the equipment and some of the machines had sharp edges without protective covering,’ he said. 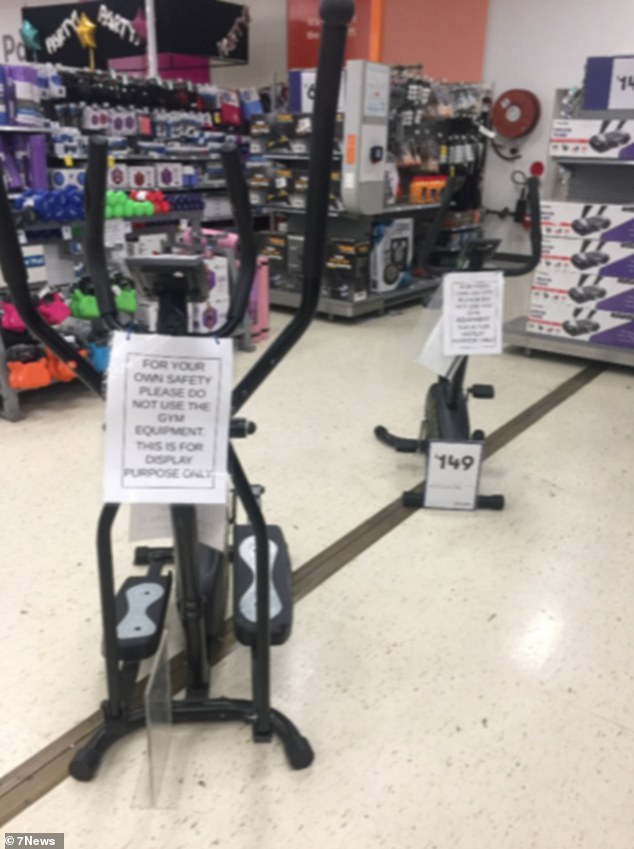 ‘My friend went back to the store weeks later and found the machines were spaced apart and signage had been put up but it’s too little, too late for Toby.’

In a statement, Woolworths said that customer safety is a priority.

‘As the matter is now before the courts, we’re unable to comment directly at this time.’