Macklemore has responded to calls for him to dump his ARIA chart-topping hit ‘Same Love’ from his performance at the NRL grand final on Sunday.

The popular American rapper’s song choice has outraged the ‘No’ same-sex marriage campaign within Australia, with critics saying politics should be ‘taken out of the NRL’.

Thousands of footy fans, including former prime minister Tony Abbott, have backed the decision for Macklemore to omit the song about marriage equality during the Melbourne versus North Queensland grand final.

Macklemore hit back at critics overnight during a radio interview with The Cruz Show.

‘So I’m getting a lot of tweets from angry old white dudes in Australia. Today I think there is a petition to ban me from playing,’ he said.

U.S. rapper Macklemore has responded to calls for him to dump his ARIA chart-topping hit ‘Same Love’ from his performance at the NRL grand final in Melbourne on Sunday 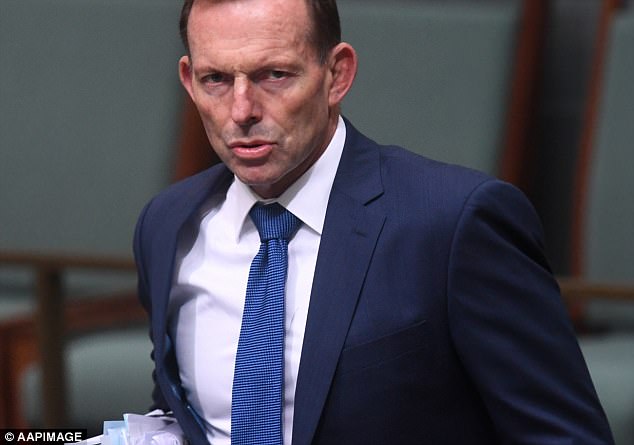 When pushed by the radio host, Macklemore said he intends to ‘go harder’ in his response to the criticism.

Mr Abbott took to Twitter on Wednesday to object to the controversy.

‘Footy fans shouldn’t be subjected to a politicised grand final. Sport is sport,’ he said.

The song, which debuted in 2012, talks about the issues surrounding gay and lesbian rights which the music video highlights with a same-sex wedding.

The chart topping hit was written during the campaign for Washington Referendum 74, which later legalised same-sex marriage.

In an interview with with Sunrise on Thursday morning Senator Pauline Hanson sided  with the former prime minister in the debate, saying she does not agree with Macklemore’s lyrics.

‘I don’t even know who he is Macklemore, anyway, so that is how important he is to me. It is absolutely ridiculous. I think people have had up to here with the same-sex marriage issue.’

‘We have so many other great artists in this country that we could actually put up there. Why do we bring in someone from overseas and a lot of his songs I have heard, you would not want to play them because of the lyrics. So why we’ve got him, who knows?’ 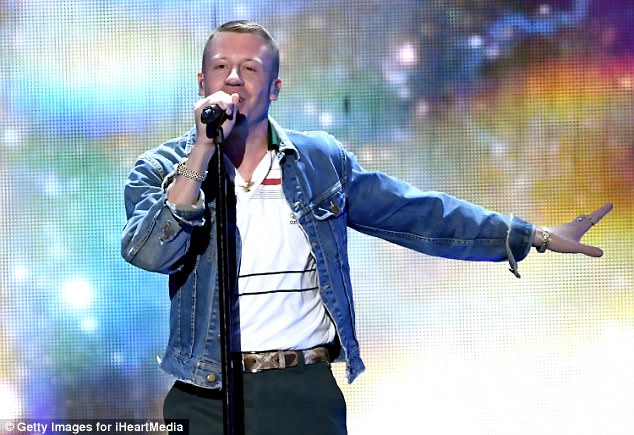 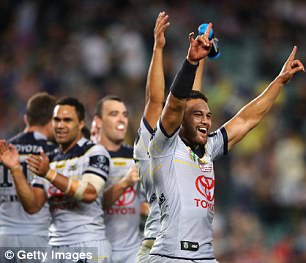 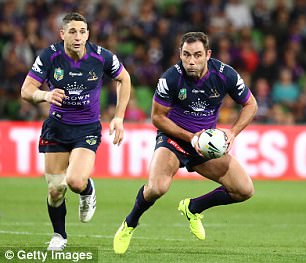 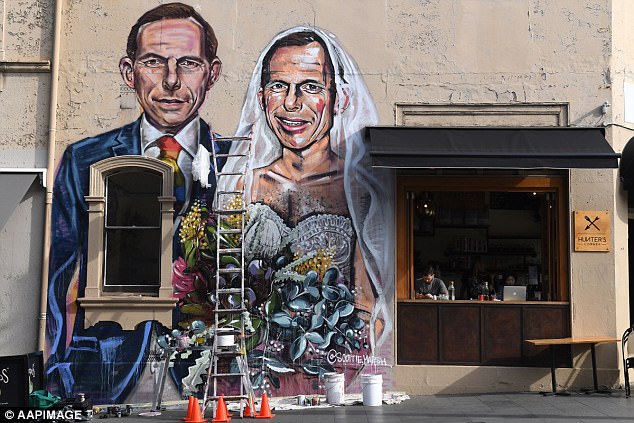 ‘Footy fans shouldn’t be subjected to a politicised grand final. Sport is sport,’ Mr Abbott said (pictured is a Sydney mural of the former prime minister marrying himself )

Former NRL player Tony Wall started a petition demanding the ‘LGBTIQ anthem’ shouldn’t be played because it was a ‘bold political stance’.

‘It will be very difficult to watch the NRL grand final with my wife and five young children as the event will be heavily politicised with a LGBTIQ anthem taking centre stage,’ Mr Wall wrote on change.org.

More than 2700 people have signed their support for the petition in less than 24 hours.

Coalition for Marriage spokesman David Goodwin told The Courier Mail it was ‘pretty bizarre’ for the NRL to ‘use its halftime entertainment to push a message which it knows millions of Australians disagree with’.

Despite the backlash for ‘Same Love’, hundreds of people posted on social media, saying if they did’t like Macklemore’s performance then ‘don’t watch it’.

‘Also, this song is Macklemore’s biggest hit – I wonder why that is??,’ one person wrote online

‘Also, this song is Macklemore’s biggest hit – I wonder why that is??,’ one person wrote online.

‘The NRL boys can do their thing, have a lil (sic) rest while Macklemore does his and then get back to it. Why is this country filled with uptight noobs,’ another wrote.

‘This whole Macklemore NRL controversy is bollocks. It’s one of his most successful songs in Australia,’ one other person said. 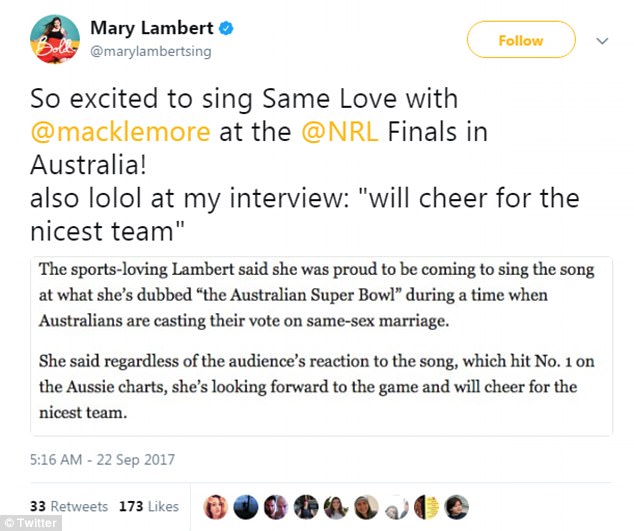 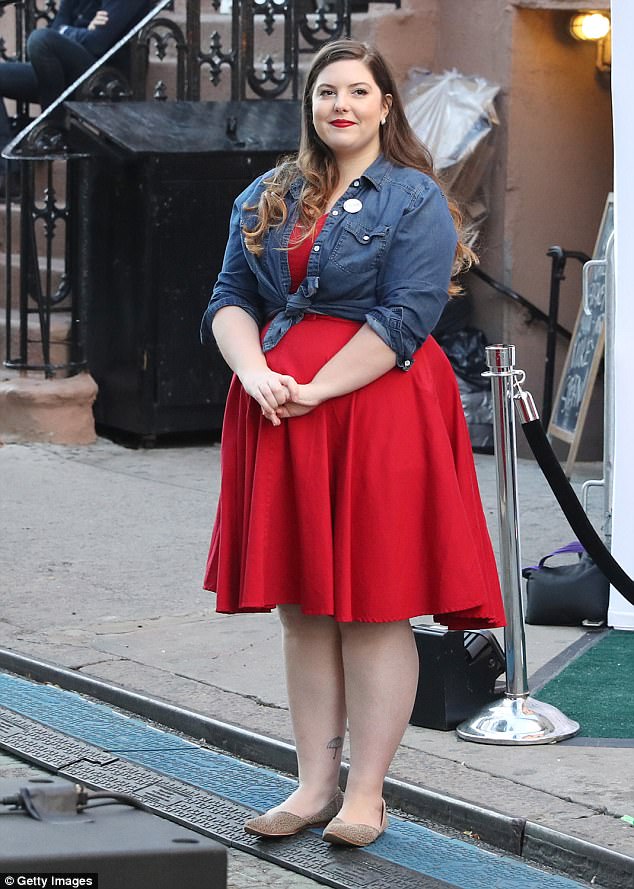 Singer Mary Lambert, who shares vocals on the track, said she is ‘so excited’ to be performing at the grand final, which she dubbed ‘the Australian Super Bowl’, alongside the rapper.

The singer said she was proud to be singing the ‘Same Love’ during Australia’s same-sex marriage debate, according to Confidential.

Meanwhile, the Cowboys were reportedly furious that they had been denied access to ANZ Stadium ahead of the NRL grand final against Melbourne due to a clash with the American rapper’s sound check. 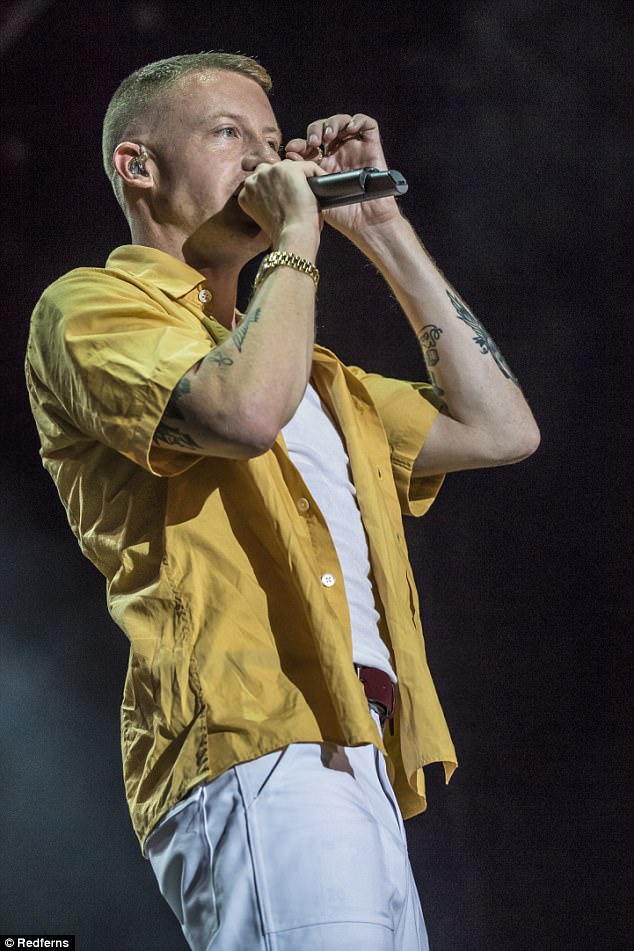 Runaway favourites the Storm will get to train at the grand final venue on Saturday after booking a 10.30am session.

However, the Cowboys won’t get a chance to hold their captain’s run at ANZ Stadium because Macklemore will be have his rehearsal straight after the Storm on match eve.

The Cowboys were reportedly so angry over the clash that they initially threatened to brush Wednesday night’s Dally M Medal ceremony.

It is believed North Queensland will have to travel to Kogarah Oval to train on Saturday.