‘What’s the link between arms sales and Mr Khashoggi’s murder?’ Macron asked a news conference in Slovakia today, adding that one shouldn’t ‘mix up’ the issues just to please the masses – who may not know always best.

‘I understand the connection with what’s happening in Yemen, but there is no link with Mister Khashoggi. That’s pure demagoguery to say “we must stop arms sales”.

‘It’s got nothing to do with Mr Khashoggi,’ he added.

Macron’s comments could be perceived as a subtle dig at other EU countries that are reconsidering their own ties to Saudi Arabia in the face of mounting pressure at home.

Germany has already said it will stop approving weapons exports to Saudi Arabia until the circumstances surrounding Khashoggi’s death at the Saudi consulate in Istanbul are cleared up. 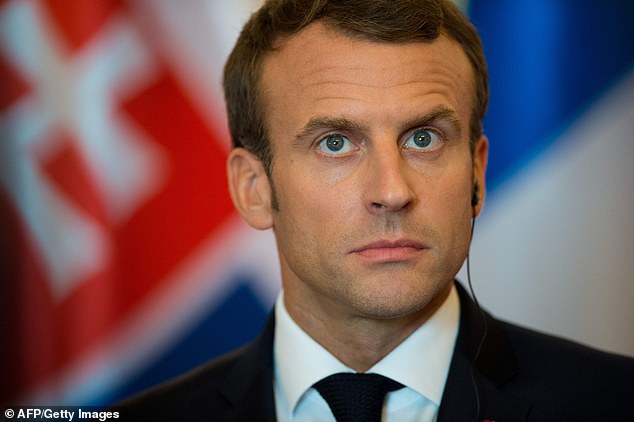 French President Emmanuel Macron looks on during a joint press conference with Slovakia’s Prime Minister at the Bratislava Castle in Slovakia on October 26, 2018

Last week the shadow foreign secretary Emily Thornberry said Britain must apply the same standards to Saudi Arabia as it does to Russia over Khashoggi’s death.

Thornberry said the UK had a ‘blind spot’ on Saudi Arabia and needed to hold the Gulf Kingdom to account. 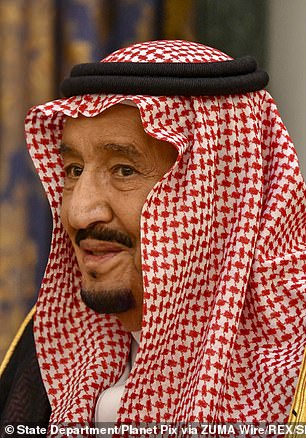 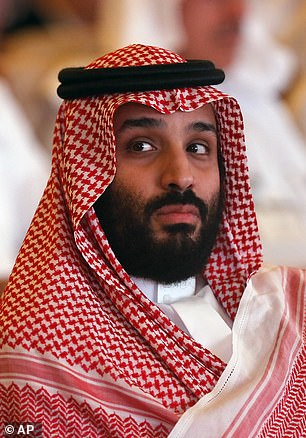 Theresa May is under pressure to put arms trading with the kingdom on ice, but Saudi Arabia is the UK’s key ally in the region and also a significant trading partner.

Foreign Secretary Jeremy Hunt is considering the ‘next steps’ in Britain’s response to the case, having previously warned there would be ‘consequences’ for the UK’s relationship with Saudi Arabia if Khashoggi was indeed murdered.

Shadow international trade secretary Barry Gardiner told BBC Radio 4’s Today programme: ‘What we would do certainly at the moment, and I think the Government should do this, is to suspend all arms sales to the kingdom.’

Mr Gardiner acknowledged there were a ‘lot of jobs’ in the UK linked to the defence trade but said ‘this is about who we are as a country’. 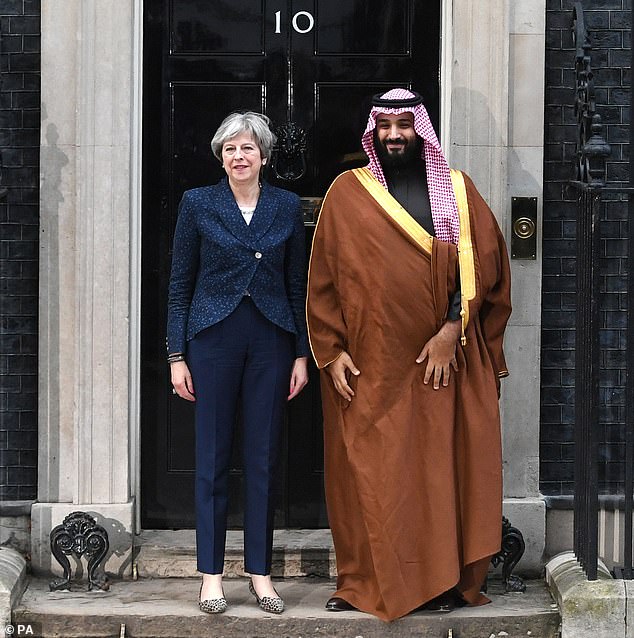 Britain rolled out the red carpet for Crown Prince Mohammed bin Salman in March. During his state visit he was granted rare access to a briefing on foreign policy issues by national security officials alongside his meetings with the Queen and Mrs May 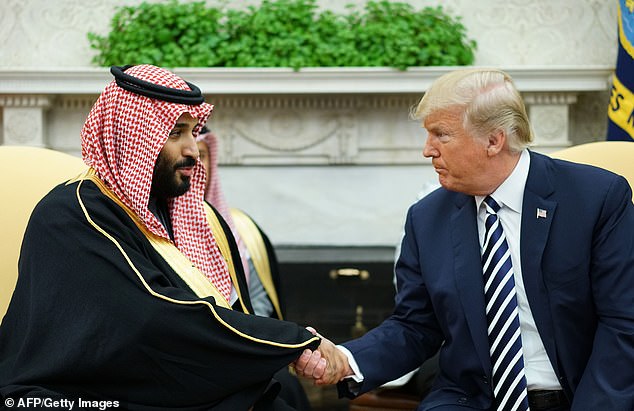 ‘We have a thriving defence industry and, of course, this would be a hit to that industry,’ he added.

Liberal Democrat leader Sir Vince Cable also heaped pressure on the Prime Minister, saying: ‘The Government should have already suspended arms export licences to Saudi Arabia given the outrages in Yemen. This reinforces the argument for loosening the bonds to the regime.’

However, US President Donald Trump has been careful to temper his language around the Khashoggi murder, and openly reluctant to alienate the world’s No.1 oil exporter.

Khashoggi disappeared on October 2 and was last seen entering the consulate of Saudi Arabia in Istanbul.

The Saudi national had been living in self-imposed exile in Virginia in the US, often writing columns scrutinizing the absolute power of crown prince Muhammad bin Salman. 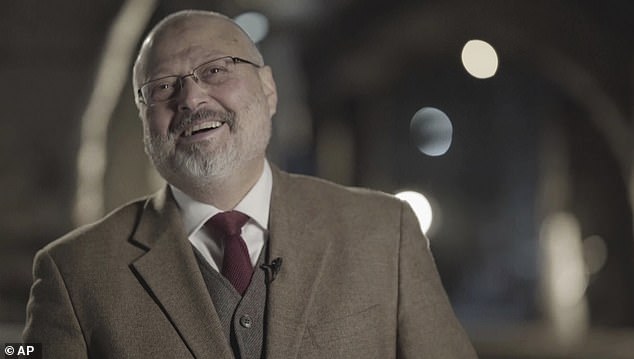 The Saudi national had been living in self-imposed exile in Virginia in the US, often writing columns scrutinizing the absolute power of crown prince Muhammad bin Salman

The crown prince has taken over the day-to-day running of the Kingdom, though his 82-year-old father still King.

King Salman and crown prince Muhammad have both denied playing any role in Khashoggi’s death and following a telephone call with President Putin of Russia last night, the Saudi royals have the backing of the Kremlin.

Khashoggi had reportedly refused multiple invitations, bribes and job offers to return to his homeland, and had only entered the consulate pick up some papers needed for his upcoming marriage to Turkish citizen Hatice Cengiz.

Ms Cengiz today demanded punishment for on Friday for all those involved in the ‘savagery’ of Khashoggi’s murder.

In an interview on Turkish television channel HaberTurk, she said she has not received any condolence call from Saudi officials and continually asks herself questions the day that her fiance entered the consulate.

She said: ‘I found myself in a darkness I cannot express.’

‘I demand that all those involved in this savagery from the highest to the lowest levels are punished and brought to justice,’ she told the Haber Turk television station.