Meghan Markle will be immortalised in wax after Madame Tussauds announced a model of the actress would go on display before her royal wedding to Prince Harry.

Town crier Anthony Appleton proclaimed the news outside the gates of Buckingham Palace after a notice about the latest addition to the central London tourist attraction was placed on a golden easel nearby.

‘Meghan will take her place beside her future husband Prince Harry.’

Referencing the Californian actress’s past role in legal drama Suits, he dubbed the future princess ‘queen of the courtroom’ and revealed the waxwork will be delivered to the capital in early May. 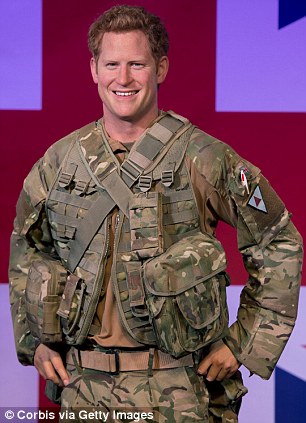 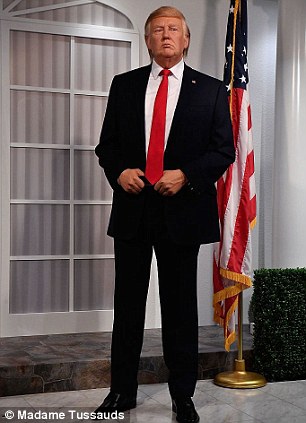 The waxwork of Prince Harry (left) was given a makeover to honour his military service as a 30th birthday present to him. The central London tourist attraction also features a waxwork of US President Donald Trump (right)

Details about Meghan’s waxwork, from its outfit to the way it will stand, remain a secret until the unveiling before her May 19 wedding at Windsor Castle.

But Mr Fuller revealed the model has been under construction since Clarence House announced the engagement in November last year. 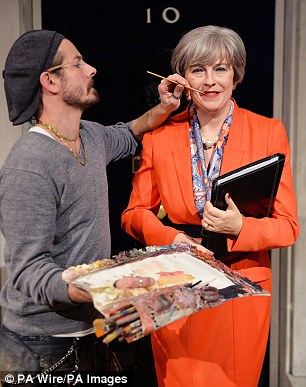 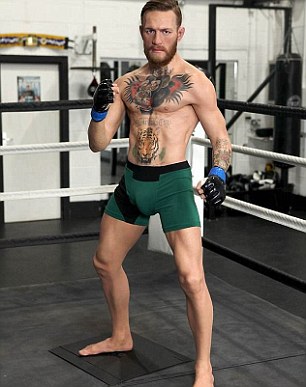 Prime Minister Theresa May’s waxwork (pictured, left, being maintained by an artist at the London site) appears alongside celebrities such as UFC fighter Conor McGregor (right)

‘Excitement for the royal couple’s wedding reaches across the globe so it will come as no surprise that we’ve been secretly working away on a Meghan Markle figure since news of the royal engagement broke,’ he said.

‘It’s clear that the public has already taken Meghan to their hearts. One half of arguably the most famous couple in the world right now she’s already made her own mark as a humanitarian and role model.

‘We’re excited to give guests the chance to meet her in the attraction later this year.’