Maddie Ziegler glows in a shiny green jacket and shorts as she joins the stars for the Space Jam: A New Legacy world premiere

She’s developed her own eye-catching style since her days on the reality show Dance Moms.

And Maddie Ziegler showcased another eye-catching look on Monday night when she joined the stars at the world premiere for Space Jam: A New Legacy in Downtown Los Angeles.

The 18-year-old reality star–turned–actress was unmissable in a lustrous green ensemble that lit up the night. 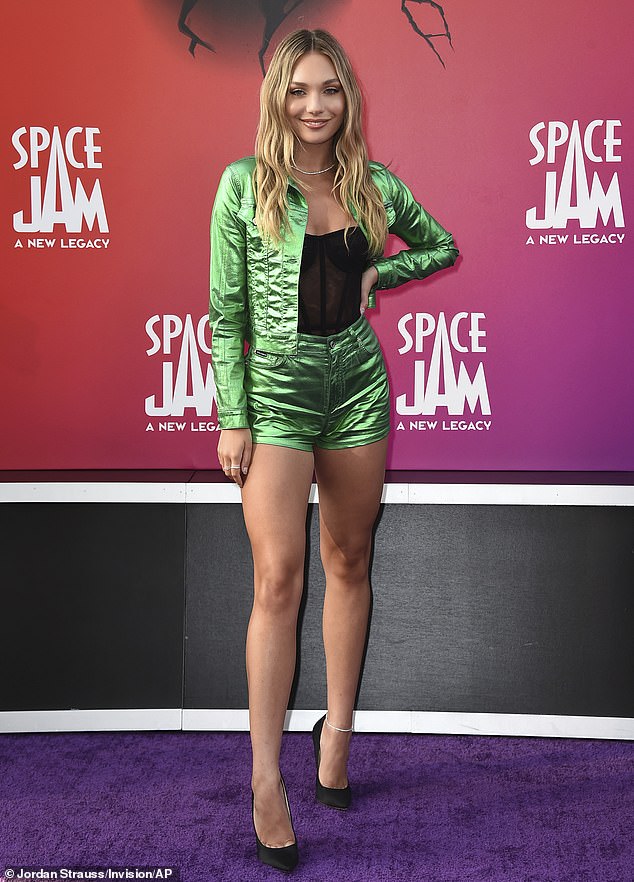 Maddie’s look featured a slim emerald green jacket with a shiny coating, along with high-waisted shorts in the same shade that showcased her dancer’s legs.

She contrasted the candy-colored outfit with a more subdued sheer bustier underneath.

The regular Sia collaborator elevated her 5ft5in stature with a set of classic black stilettos.

She had her long blonde tresses styled in gentle waves and parted down the middle to showcase her impeccably made-up face.

Colorful look: Maddie’s outfit featured a slim emerald green jacket with a shiny coating, along with high-waisted shorts in the exact same shade that showcased her dancer’s legs. She contrasted the candy-colored outfit with a more subdued sheer bustier underneath

Joining Maddie on the red carpet was her younger sister Mackenzie Ziegler, who looked stylish in a two-tone snake print jacket and pants.

The ensemble looked like light and dark denim from afar, but it had a scaly pattern that was visible close up.

The jacket and pants were split down the middle into light and dark blue halves, and the dancer completed her outfit with a white tube top.

She wore her brunette locks back to highlight her large hoop earrings, and she carried a playful TOMME handbag made out of a baby blue patterned basketball, which perfectly matched the evening’s theme. 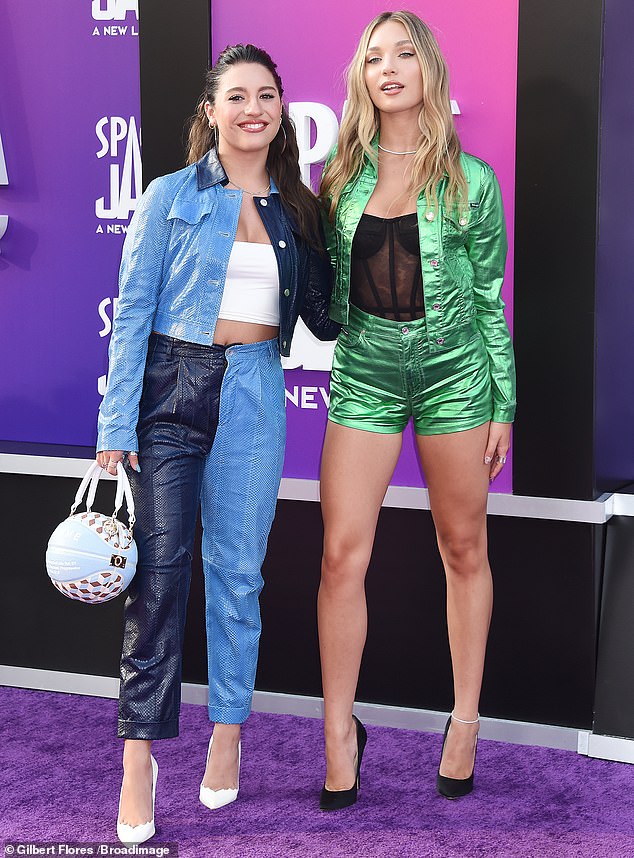 Sister act: Maddie’s sister Mackenzie looked cool in a two-tone snake-print jacket and pants,  and she toted a TOMME basketball handbag in keeping with the theme 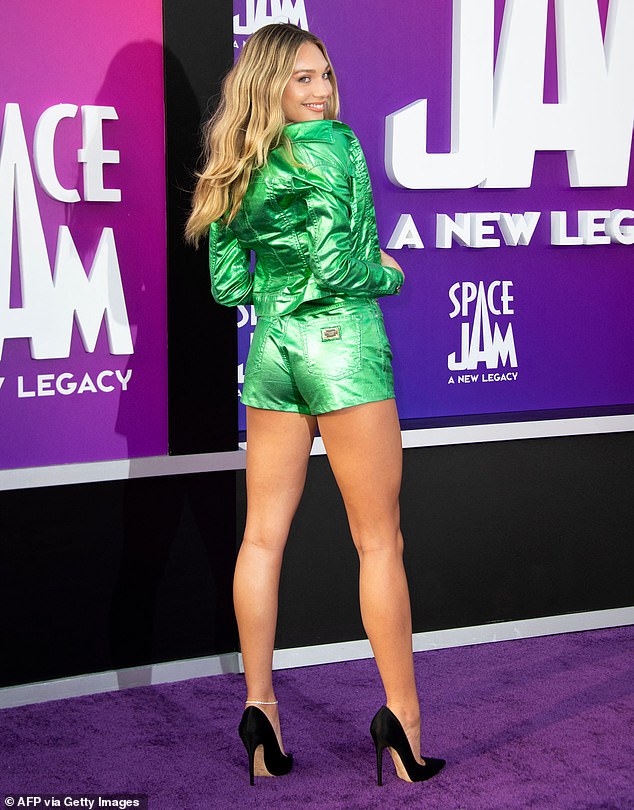 Maddie has come a long way since her days on Dance Moms, as she’s begun to pursue acting roles in addition to dance jobs.

Following small roles in The Book Of Henry (2017) and last year’s To All the Boys: P.S. I Still Love You, she took on a more demanding lead role in this year’s Music, co-written and directed by Sia.

She played the title character, who is autistic and non-verbal, while Kate Hudson costarred as her older half-sister who takes over her care, while Leslie Odom Jr. plays a neighbor who develops a bond with Music.

The film was a box office bomb and received scathing reviews, with many critics objecting to Ziegler’s caricaturing of an autistic person’s behavior, though they primarily singled Sia out for eliciting the performance.

It doesn’t seem to have put too much of a dent in Maddie’s acting hopes, as she’ll be working with an established auteur — Steven Spielberg — on his highly anticipated West Side Story adaptation. 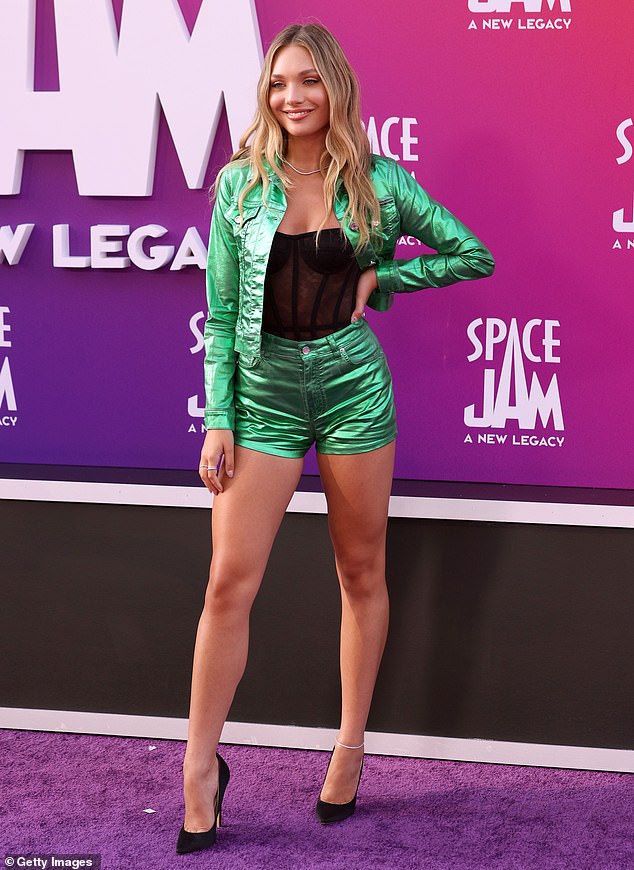 Rough start: Maddie recently took on a lead acting role in her regular collaborator Sia’s directorial debut Music, which was a box office bomb and was savaged by critics 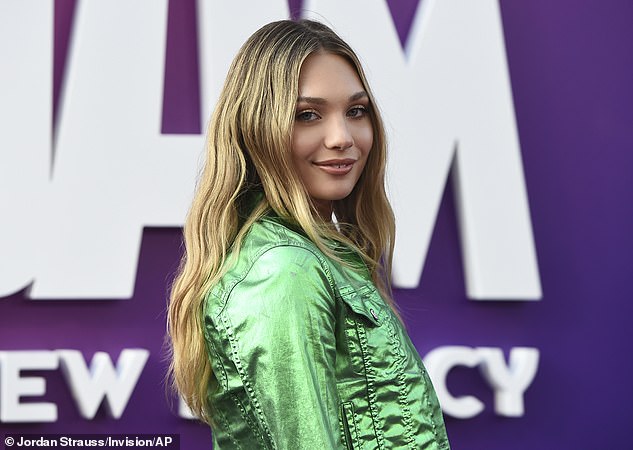 Coming soon: But she’s bouncing back with a role in Steven Spielberg’s highly anticipated West Side Story adaptation