We want a pizza the action: Mafia targets pizzerias in gun and bomb attacks as they try to take a slice of Naples’ booming tourism

A new generation of mafia clans in Italy has been terrorising famous pizzerias in Naples with shoot-outs and bombs.

One of the best-known pizzeria in Naples, Di Matteo, was shot at four times on Sunday.

This follows a bomb attack six weeks earlier on another renowned pizzeria nearby, Sorbillo, and earlier in January another restaurant, Terra Mia, also came under fire.

Officials say the notorious Camorra mafia, which dates back to the 17th century, has reemerged amid fears they are trying to claim a portion of the money spent by millions of tourists in the city.

Head of the borough council, Giampiero Perrella, told The Times: ‘The historic centre of Naples is in the hands of criminal bands – the Camorra mafia is once again challenging the state’.

It’s common practise for mafia gangs to attack a business if the owners haven’t paid up when asked for ‘protection money’.

However, the owners of two of the restaurants, Gino Sorbillo and Salvatore Di Matteo, claim they have not been asked for such payment. 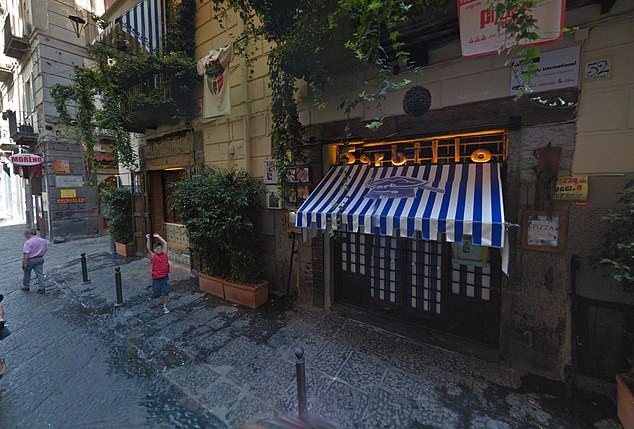 Another well-loved Neapolitan restaurant, Terra Mia, was also shot at in January

The amount of tourism in Naples has sky-rocketed by 91 per cent since 2010, partly down to the success of budget airlines which make travelling there so affordable.

And while street crime may be down on the whole thanks to an increase in tourism jobs, locals say young clans come out at night to try and intimidate businesses into giving them money.

Some residents have reported that teenage members race down residential streets firing pistols into the air.

WHO ARE THE NOTORIOUS CAMORRA MAFIA CLAN? 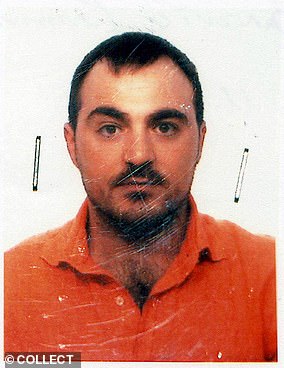 Gennaro Panzuto, an alleged Camorra leader, was arrested in 2007 in England after being a fugitive for more than a year

The Camorra is an Italian secret society of criminals that grew to power in Naples during the 19th century but it may have existed in Spain as early as the 15th century.

The clan steadily grew in power and influence thanks to an increase in their criminal operations like smuggling, blackmail, extortion and road robberies.

Camorra members were eventually allowed into the police service and became entrenched among both Neapolitan municipal employees and the army.

After the unification of Italy in 1861, severe repressive measures were inaugurated against the society.

Because of this the Camorra steadily lost ground and by 1901 all of its candidates in the Neapolitan election were defeated.

In 1911 popular attention was drawn to the fact of the clan’s continued survival by a famous murder case in which some 20 alleged Camorristi were brought to trial.

Among them was the man reputed to be its chief, who was extradited from the United States.

The severe sentences that were passed on those convicted dealt a shattering blow to the organisation. Many Camorristi fled to the United States, leaving only the younger generations in their home town of Naples.