MAFS’ Ashley loses it when Troy discusses their sex life

Married At First Sight’s Ashley Irwin was left fuming on Tuesday night’s episode after her husband Troy Delmege betrayed her with the ultimate faux pas.

Speaking to camera in a one-on-one confessional, Troy began to open up about their relationship progress, telling producers the couple had been close to having sex just 24 hours earlier.

Overhearing his comments, a clearly outraged Ashley interrupted his camera time, exclaiming ‘What?!’

‘This is such sh*t!’ Married At First Sight’s Ashley Irwin (pictured) loses it at ‘husband’ Troy Delmege after he discusses their sex life on national TV

Incensed at Troy bringing up such a private topic of conversation, Ashley continued: ‘What?! We haven’t had sex and for you to bring it up…’

Rolling his eyes, an exasperated Troy then said to producers: ‘Can you deal with that?’

But Ashley had had enough as she  stormed out as she called out  ‘see ya!’ and raged ‘This is such sh*t!’ 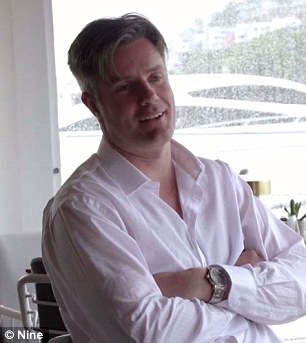 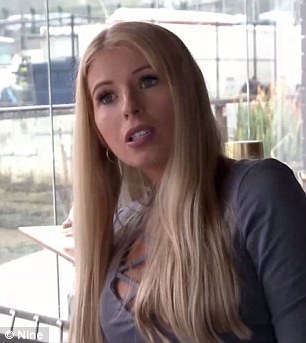 ‘What?! We haven’t had sex and for you to bring it up…’ Ashley was less than impressed when Troy (left) spoke about such a private topic

In his defence, Troy exclaimed: ‘She shouldn’t have been standing there!’ before conceding: ‘this is bad.’

Ashley was not letting it go and raged: ‘I just literally walked in on him saying something about our sex life on national TV. That is private!

‘Are you kidding me? He doesn’t even clean his teeth at night! I’m not going to hook up with someone who doesn’t clean their teeth!’ 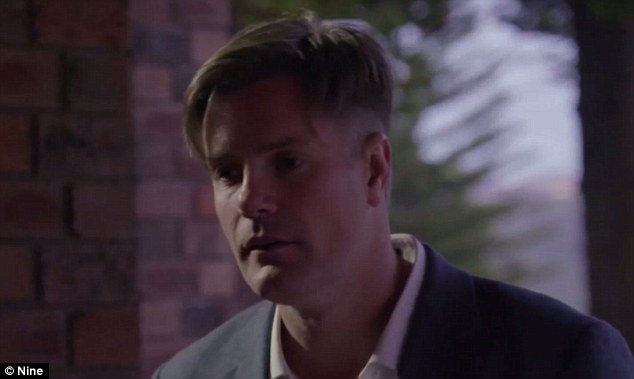 ‘This is bad’: Troy conceded things had gone from bad to worse in his relationship with Ashley 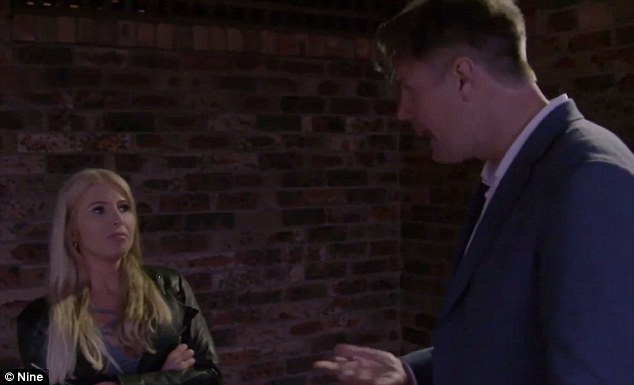 ‘You don’t even know how much you’ve hurt me!’ Troy was in the firing line of Ashley’s anger

Trying to make amends, Troy followed Ashley, trying to get to the bottom of what made her so upset.

‘We didn’t even talk about sex!’ Ashley spat at him.

Not helping the matters, Troy fired back: ‘I don’t want to go into too much detail but you talked about what kind of contraception you’re on.’

‘You brought it up behind my back! I’ve never spoken about that! That’s private!’ Ashley hit back close to tears.

‘I want to trust you and I can’t. You don’t even know how much you’ve hurt me!’ 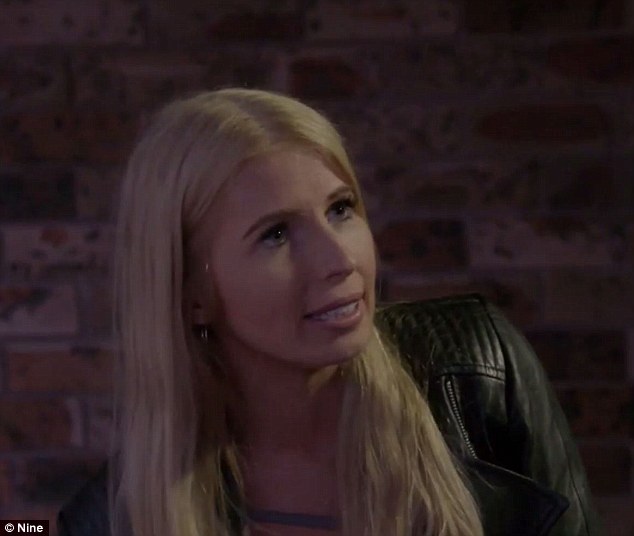 ‘Are you kidding me? He doesn’t even clean his teeth at night! I’m not going to hook up with someone who doesn’t clean their teeth!’ Ashley insulted Troy as she raged about the debacle