The weight keeps falling off! Married At First Sight’s Elizabeth Sobinoff shows off her sensational hourglass figure and cleavage in a black gown

Married At First Sight’s Elizabeth Sobinoff has been stunning fans over the past month with her incredible post-show weight loss.

And the 27-year-old jewellery store manager looked slimmer than ever on Tuesday, when she flaunted her hourglass figure in an elegant black gown.

Showing off her ample cleavage and tiny waist, Elizabeth oozed confidence in the photo shared with her 210,000 Instagram followers.

The weight keeps falling off! Married At First Sight’s Elizabeth Sobinoff showed off her sensational hourglass figure in a plunging black gown on Tuesday

She wrote in the caption: ‘Making the most of today, morning dress ups! This stunning dress is from @fromtherunway #chameleon #music’.

She paired the slinky frock with several items of silver jewellery, including bracelets, rings and a pair of earrings. 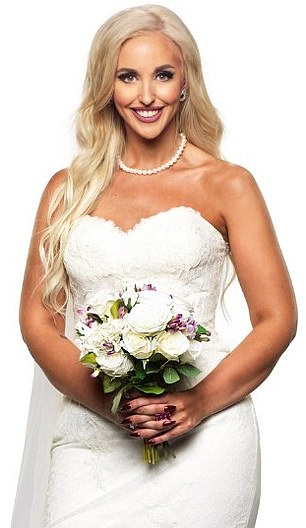 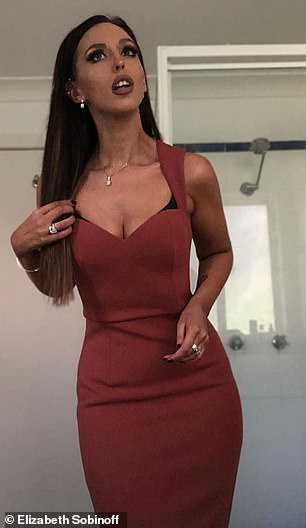 Transformed: Elizabeth first debuted her slimmed-down frame earlier this month when she shared a photo to Instagram (right) of herself in a skintight orange dress. Pictured left on MAFS

Elizabeth first debuted her slimmed-down frame earlier this month when she shared a photo to Instagram of herself clad in a skintight tangerine dress.

She showed off her noticeably slender waist in the snap, and also appeared to have lost weight around her face.

Despite looking better than ever, Elizabeth has previously told fans they should think twice before commenting on her size. 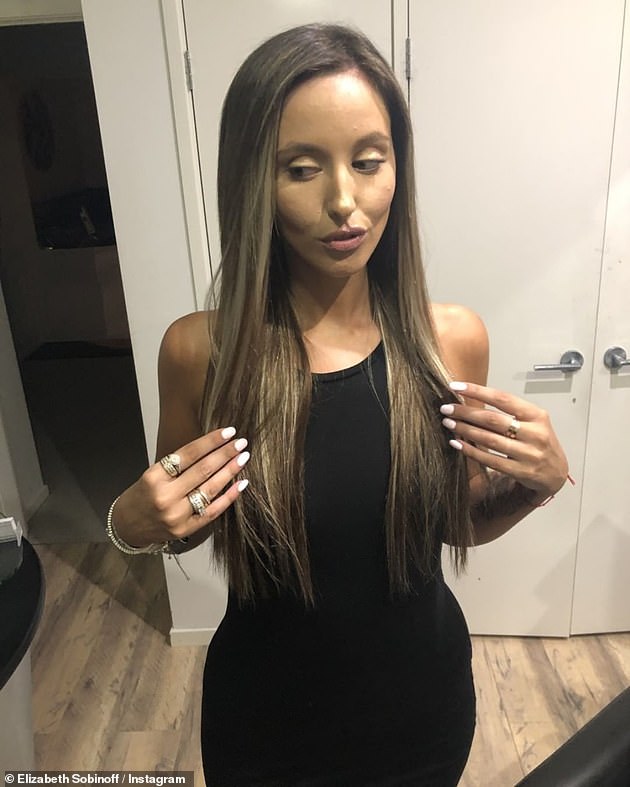 Up and down: Elizabeth has claimed that her weight fluctuates as a result of her chronic illness

She explained that her fluctuating weight is actually the result of chronic illness, writing: ‘One of my illnesses is porphyria. How I manage mine is through a high carb diet, I use chocolate because my body can tolerate it right now.

During the Married At First Sight finale, Elizabeth was devastated to discover that her ‘husband’ Sam Ball had fat shamed her on their wedding day.

After meeting his bride at the altar, Sam had told producers: ‘I’ve never really dated girls as big as Elizabeth in the past. Maybe I’ll get her running in the mornings.’ 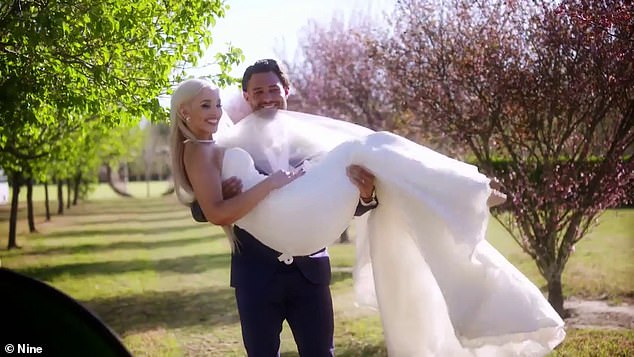 ‘I’ve never really dated girls as big as Elizabeth in the past’: During the MAFS finale, Elizabeth was shocked to discover that her ‘husband’ Sam Ball had fat shamed her on their wedding day