Married At First Sight EXCLUSIVE: Liam Cooper dismisses Jason Engler’s apology as ‘damage control’ after he called him a ‘full-blown homosexual’ in THAT shocking leaked video

A week has passed since a leaked video surfaced of three Married At First Sight cast members ridiculing Liam Cooper and questioning his sexuality.

And the 30-year-old prison case manager has revealed he is yet to receive a personal apology from two of the co-stars in the video: Jason Engler and Johnny Balbuziente.

‘Jason has not apologised to me,’ Liam told Daily Mail Australia on Sunday, while celebrating his birthday in Canberra.

Waiting: Married At First Sight star Liam Cooper, 30,  (pictured) has revealed he is yet to receive an apology from his co-stars after THAT video was leaked

When asked about how he felt about Jason’s apology – which he made in a statement to the media – Liam said: ‘That’s actual lies. He had multiple times to apologise to me [in person], but he didn’t.

‘So I don’t think he sincerely means it.’ 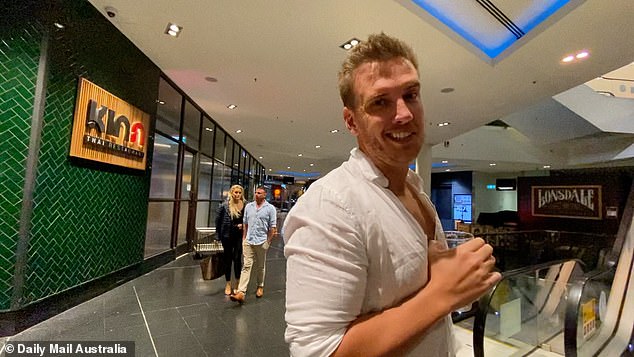 ‘That’s true, Jason has not apologised to me,’ he told Daily Mail Australia on Sunday 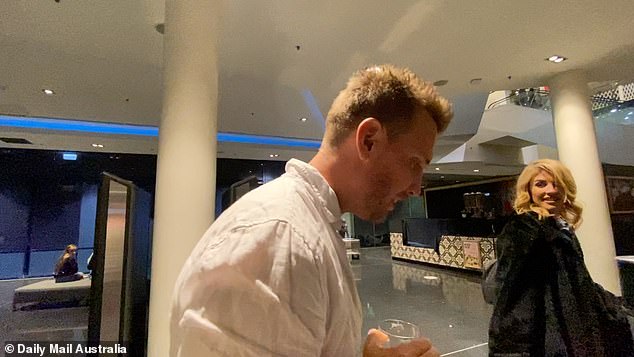 When asked about how he feels about Jason’s apology to the media, Liam said: ‘That’s actual lies. He had multiple times to apologise to me, but he didn’t’. Pictured with co-star Booka Nile

He said Jason’s statement wasn’t sincere and suggested he only apologised because he was contacted by a journalist.

Liam’s comments align with what sources have been saying about the whole affair – namely that Liam was upset Jason issued a statement to media without personally apologising first.

Liam is understood to have kept quiet about the video – which was filmed three days before his final vows with ‘wife’ Georgia Fairweather – until he sat down with his castmates at the MAFS reunion in February. 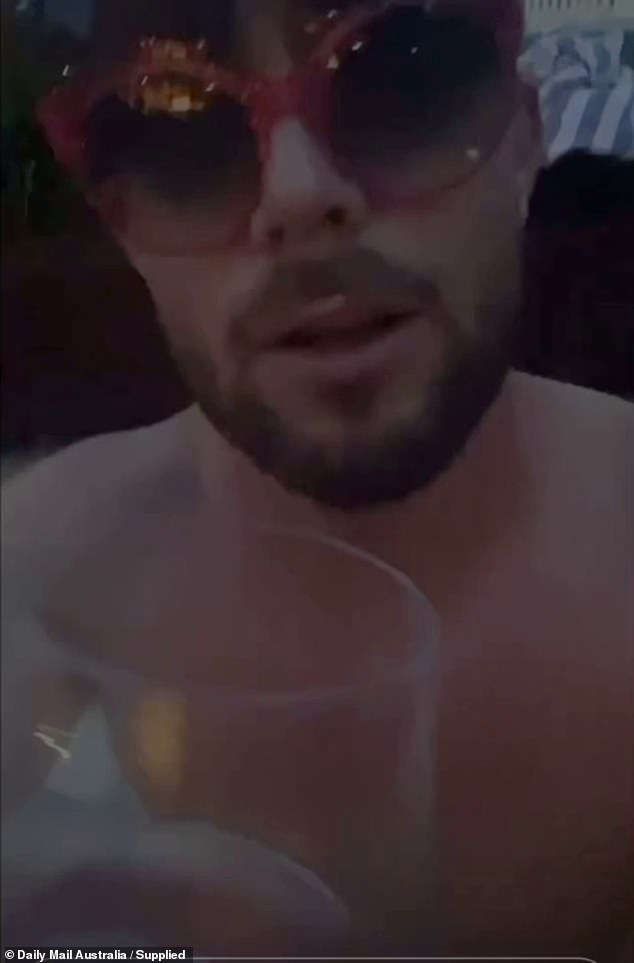 Offensive: In the two-minute clip obtained by Daily Mail Australia, Jason Engler (pictured) calls Liam a ‘full-blown homosexual’ and ridicules him for ‘not going to the gym’ 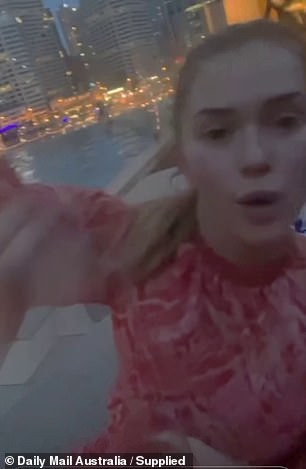 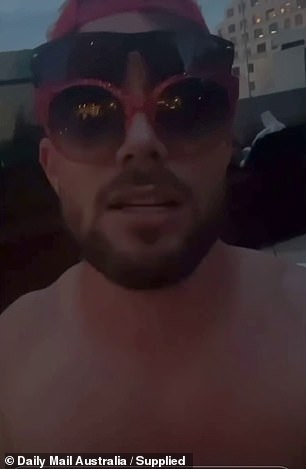 Slur: Liam’s own ‘wife’ Georgia Fairweather (left) laughs in the background as Jason (right) calls her ‘husband’ a ‘full-blown homosexual’

After Liam confronted his co-stars, Jason is understood to have refused to take any accountability for his actions and didn’t apologise.

‘[Liam] called Jason, Georgia and Johnny out at the reunion because it was disgusting, but they didn’t own up to their actions,’ an insider said.

Jason, 35, didn’t apologise for what he said in the leaked footage until he was approached for comment by Daily Mail Australia last week. 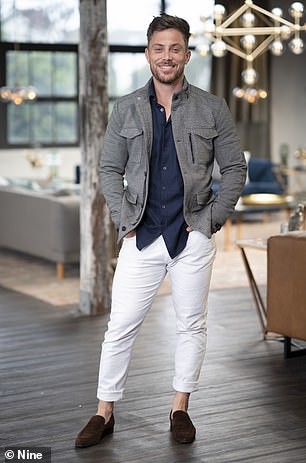 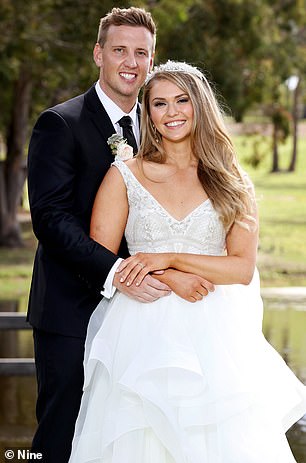 Spoiler alert: Jason’s (left) hurtful comments were made three days before Liam and Georgia filmed their final vows – which are yet to air on TV – and all but confirm the couple’s split. Liam and Georgia are pictured right on their wedding day

‘I would like to sincerely apologise for my comments in regards to a fellow MAFS participant’s sexuality,’ he said on April 5 in a statement issued via Channel Nine’s publicity department.

‘After a few too many drinks I made some inappropriate remarks that I am ashamed of and greatly regret. I will learn from this and try to become a better person from this experience.’

In the two-minute clip obtained by Daily Mail Australia, Jason calls Liam a ‘full-blown homosexual’ – even though he has made it clear he is attracted to both women and men – and ridicules him for ‘not going to the gym’.

The video in question was filmed and uploaded to Georgia’s Instagram account in November as she, Jason and Johnny were catching up Brisbane.

Jason’s hurtful comments were made three days before Liam and Georgia filmed their final vows – which are set to air on Tuesday night – and all but confirm the couple’s split. 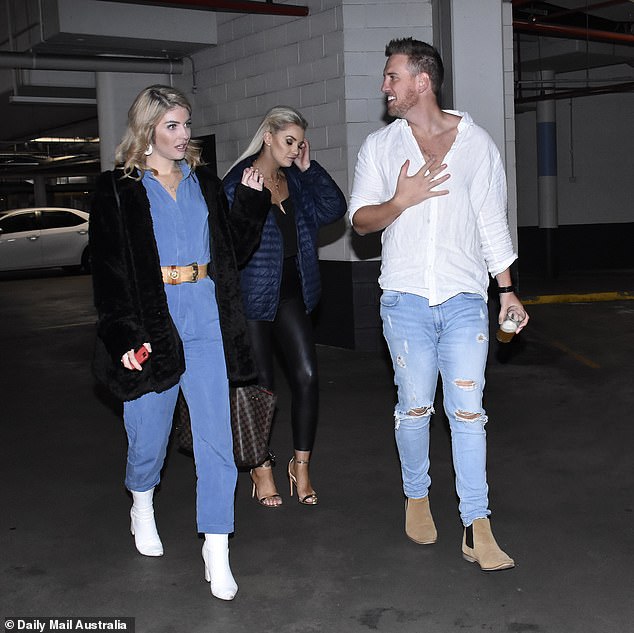 Support: Liam’s new claims come as he stepped out to celebrate his 30th birthday with his co-stars Booka Nile [L] and Samantha Harvey [R]