Woman’s Day wrongly claimed that Married At First Sight’s Nasser Sultan may have had a ‘secret girlfriend’ and possibly booked a trip with her to Bali after filming wrapped.

And on Tuesday’s Kyle and Jackie O Show, the 50-year-old denied the reports, insisting that he ‘100 per cent’ did not cheat on his ‘TV wife’ Gabrielle Bartlett.

‘That’s a friend of mine,’ the fitness instructor told the radio co-hosts.

‘She’s just a friend’: MAFS’ Nasser Sultan, 50, DENIED having a ‘secret girlfriend’ during filming of the show, on Tuesday’s Kyle and Jackie O radio show

Quizzed by Kyle Sandilands as to whether he had a ‘secret girlfriend’ during filming, Nasser responded: ‘No. 100 per cent not. The last ex I had was three-and-a-half years ago.’

The shock jock then shared an image of Nasser getting cozy with a mystery woman on a trip to Bali last December, probing him as to her identity.

‘Who’s that lady there?’ Kyle asked, to which the reality star revealed: ‘That’s a friend of mine. That’s a shot [taken] in Bali. We do a surf trip every year with about 10 people.’

Kyle’s line of questioning was in relation to claims by Woman’s Day on Monday that Nasser may have had a ‘secret girlfriend’ and possibly booked a trip with her to Bali after filming wrapped. 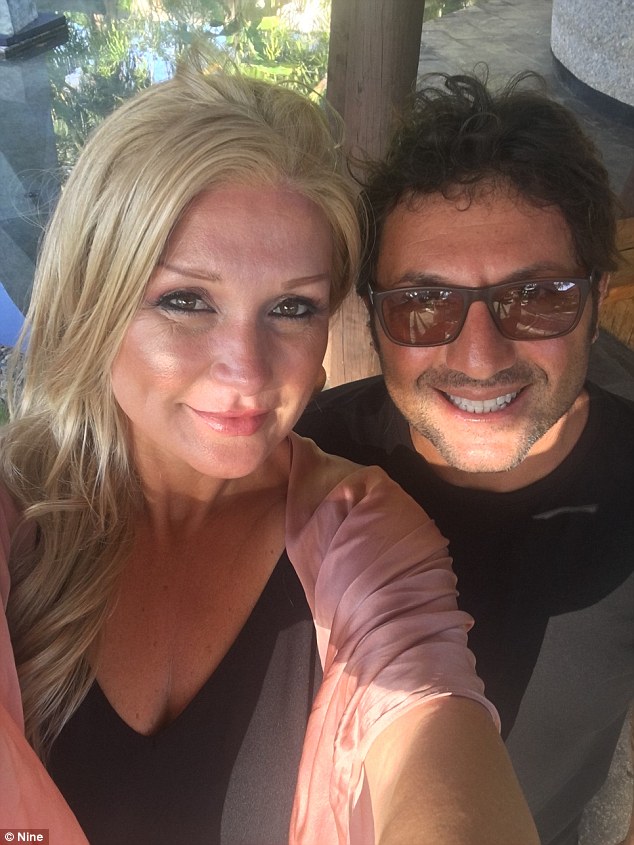 Allegations: Woman’s Day claimed on Monday that the fitness professional had a ‘secret girlfriend’ while ‘married’ to co-star Gabrielle Bartlett, 44, [pictured]

Insiders were alleged to have claimed to the publication this week: ‘[He] may have been in contact with another woman throughout the whole of the show.’

On-set ‘spies’ claimed that Nasser would ‘disappear without a trace’ on weekends.

The unnamed sources wrongly alleged: ‘Nasser may have been in contact with another woman throughout the show.’

‘It’s believed the woman may have been an old girlfriend and as soon as filming had wrapped and before the reunion, he possibly booked a trip with her to Bali’.

Hitting back: However Nasser has adamantly denied the claims, insisting he ‘100 per cent’ did not have a ‘secret girlfriend’

The reports follow Nasser and Gabrielle’s emotional commitment ceremony on Sunday night, where the fitness instructor revealed he didn’t feel any sexual attraction towards his wife – despite the fact that they slept together on their honeymoon.

‘I’m in the friend zone, physically and sexually,’ he told the relationship experts.

Nasser continued: ‘I mean, I respect Gabby but just that part of it… it’s just, I’m stuck.

‘At the moment, I have no sexual connection.’

Married At First Sight continues tonight at 7.30pm on the Nine Network 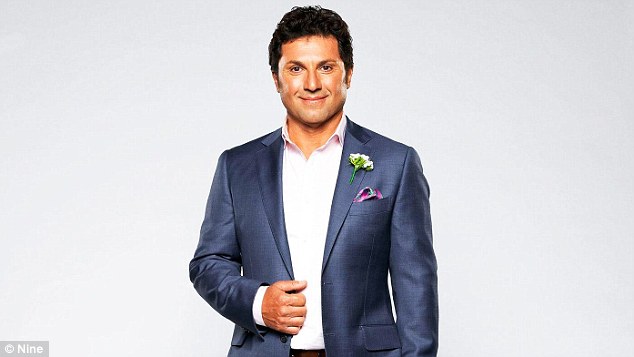