She’s the former Married At First Sight star who announced her engagement to businessman fiancé Gary Green this week.

And Natasha Spencer has now revealed intimate details of their whirlwind romance with Daily Mail Australia, saying they plan to have children together someday.

‘Hell yeah, I can see Gary as the father of my children,’ the 28-year-old financial analyst said on Tuesday.

Ready for babies! Married At First Sight’s Natasha Spencer recently announced her engagement to businessman fiancé Gary Green. Speaking to Daily Mail Australia on Tuesday, the 28-year-old revealed she wants to have children with her man

In fact, starting a family is something the couple agreed on very early into their relationship, which began in March last year.

‘We’ve already spoken about that – that’s happening, it’s all on the cards,’ she said.

Businessman Gary proposed to Natasha while aboard a chartered seaplane over Sydney Harbour, presenting her with a five-carat diamond ring.

In the lead-up to the big moment, Natasha revealed her fiancé had sought her parents’ permission.

‘It was sweet. He asked my dad over dinner and my mum was there, too,’ she said. 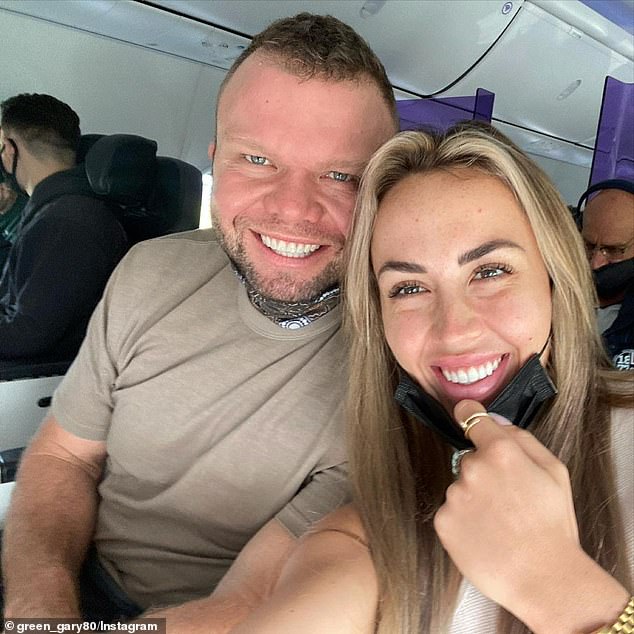 Family approval: In the lead-up to the proposal, Natasha revealed her partner had her parents’ blessing. ‘It was really sweet, he asked my dad over dinner and my mum was there, too,’ she said

‘My family are very traditional so it was nice,’ she added.

Natasha revealed she’d suspected Gary was about to pop the question, after they’d had several in-depth chats about their future together. 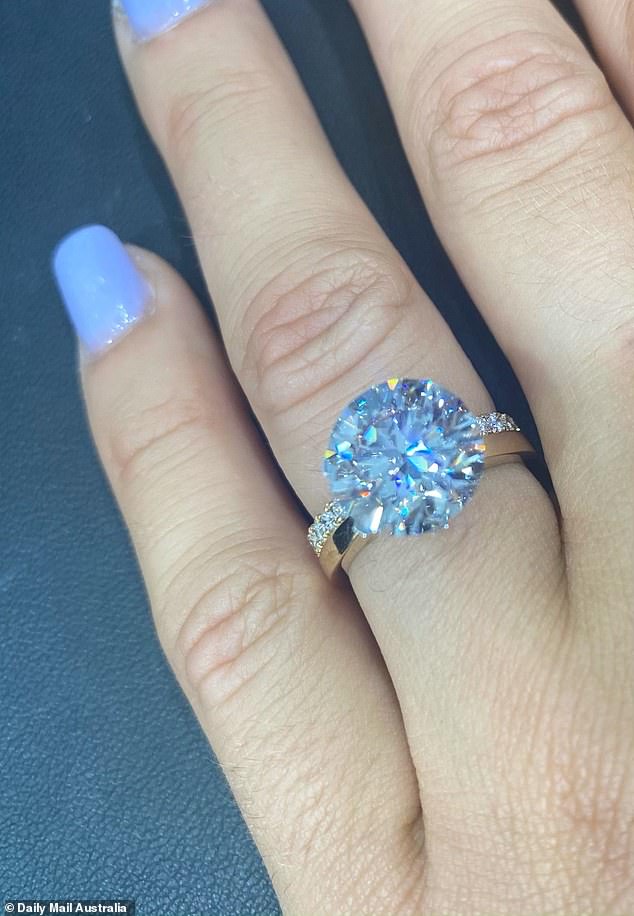 Her own design: ‘I semi-designed the ring, I’ve got to look at it for the rest of my life, so I had to be sure,’ she said

The couple are looking to tie the knot in March next year, but will have an engagement party with friends in Sydney in October.

Asked if any Married At First Sight stars would be attending, Natasha said: ‘Tash [Herz] and Poppy [Jennings] have sent messages; they’ll be at my wedding for sure.’

She said her MAFS ex-‘husband’ Mikey Pembroke hadn’t been in touch, even though they’d parted ways amicably on last year’s season. 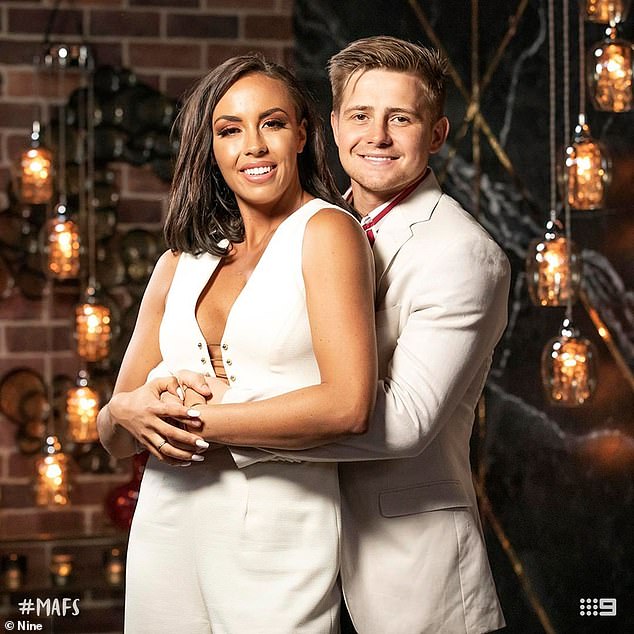 Meanwhile, her future is looking brighter than ever with Gary, who she says ‘brings out the best in her’ and vice versa.

The couple agreed to step away from the Sydney social scene and stop drinking alcohol when their relationship became serious.

Natasha said they had recently celebrated three months of sobriety together. 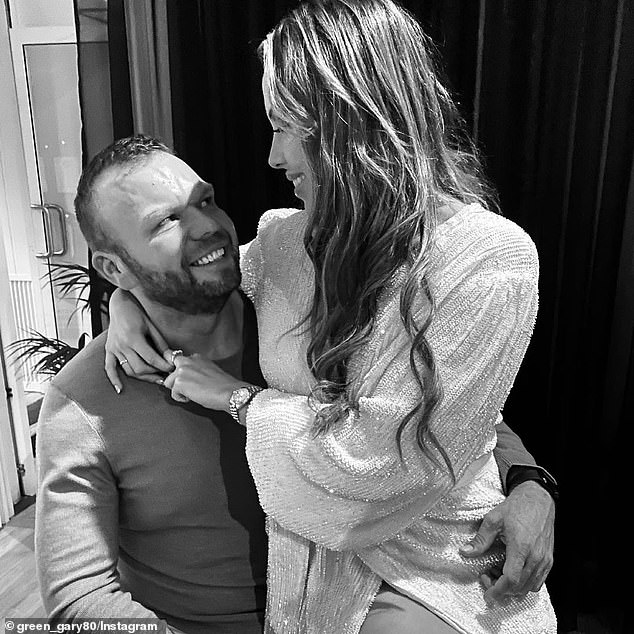 Couple goals: It appears her future looks brighter with Gary, who says he thinks his relationship with Natasha works because of their great communication skills. ‘We bring out the best in each other’ Natasha said in agreement.

‘We just feel so much better in a mental and physical sense,’ she added.

‘We still go out, but we have mocktails and are home early because we get up at 4am to train at the gym daily.’

She explained their commitment to fitness only brought them closer together. 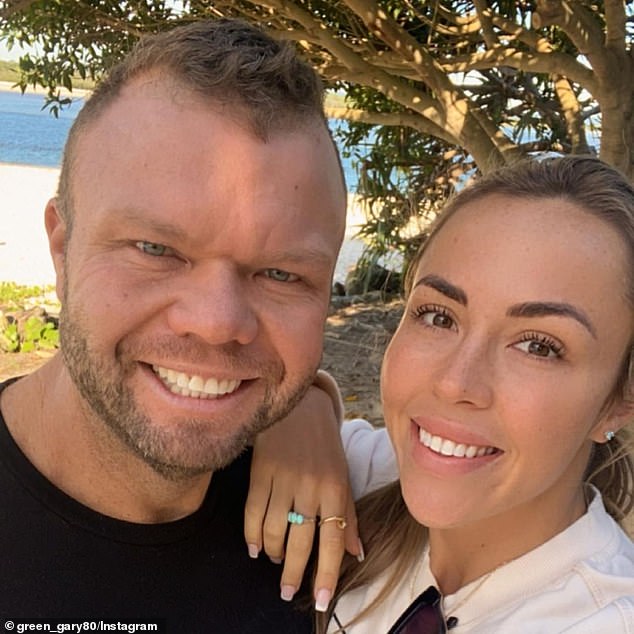 Health kick! Natasha said they have even decided to ditch the Sydney social scene as they’ve celebrated three months of sobriety together

‘We ended up falling in love with each other because we were training twice a day, hungry as, and still enjoyed each other’s company!’ she laughed.

She was billed as a financial analyst at the time, but now seems to be focusing on her career as a social media influencer. 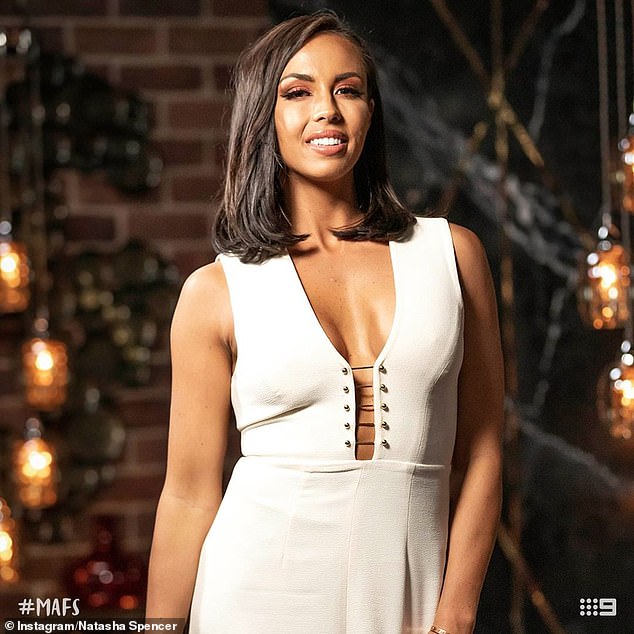 Back in the day: Natasha rose to fame in 2020 when she took part in season seven of Channel Nine’s Married At First Sight