She’s a meal, not a snack! MAFS’ Martha Kalifatidis strips down to lingerie and poses on the dining table alongside shirtless ‘husband’ Michael Brunelli in raunchy selfie

Married At First Sight star Martha Kalifatidis is known for her racy selfies.

And the self-proclaimed ‘K-Mart’ Kim Kardashian lookalike was back at it while posing on a dining table in racy lingerie on Sunday.

The 30-year-old brunette looked every inch the agent provocateur while flaunting her curves on a wooden table.

‘When you can’t cook but it’s ok’: Married At First Sight star Martha Kalifatidis, 30, flaunted her fit physique in very risque lingerie while sitting on a dining room table on Sunday

The unemployed makeup artist put her washboard abs on full display while posing provocatively on the table.

Martha wore her trademark brunette tresses out and behind her ear, while shooting the camera a sultry pose.

The starlet’s ‘husband’ Michael Brunelli was pictured standing in the background flaunting his fit physique in nothing but a towel. 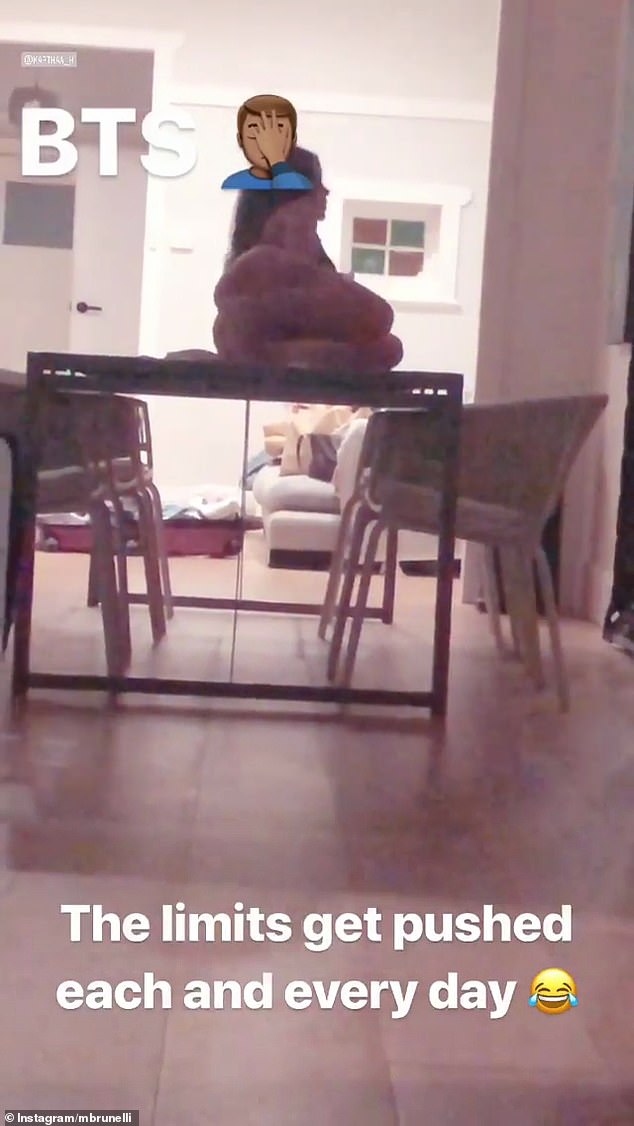 Pushing the limit: Martha’s ‘husband’ Michael took to his own Instagram story to film Martha doing a number of suggestive poses on the dining table

Martha showed her sense of humour, captioning the picture: ‘When you can’t cook but it’s ok!’

Elsewhere, Michael took to his own Instagram Stories to share a behind-the-scenes look at Martha posing on the dining table.

Filming his ‘wife’ writhing around to find the perfect angle, Michael wrote: ‘The limits get pushed each and every day.’ 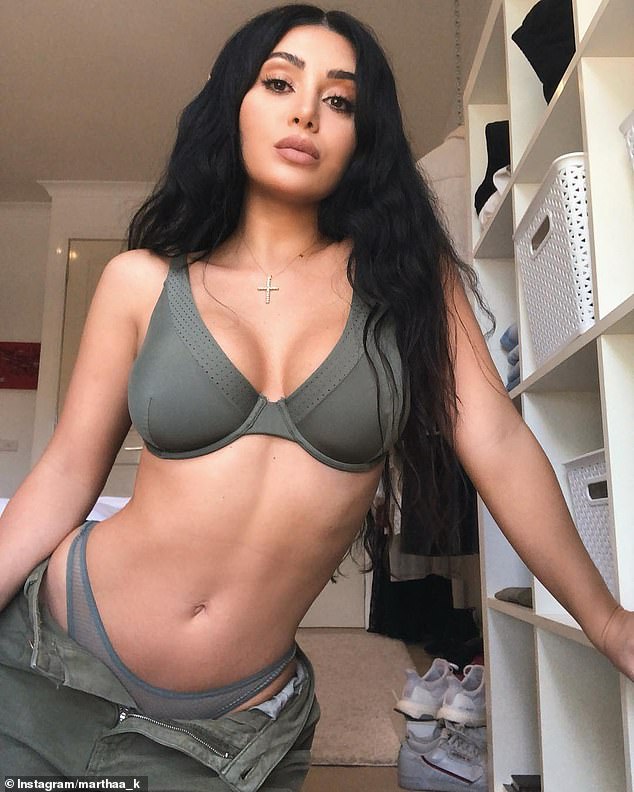 Racy: Martha regularly flaunts her sensational curves in skimpy bikinis in her selfies

It comes after Martha denied she is trying to look like beauty mogul Kim Kardashian West in a Q&A YouTube video released earlier this week.

The makeup artist explained that she can’t help that she was born with the same identical features to the famous socialite.

‘Are you trying to look like Kim K? No disrespect,’ Martha said as she read out a fan question, while sitting on her bed. 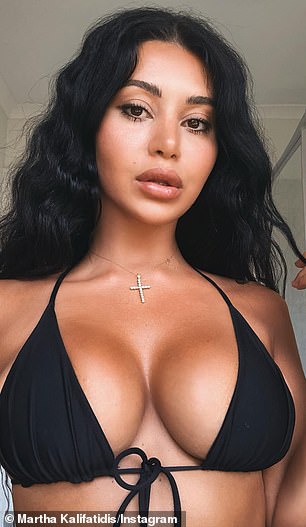 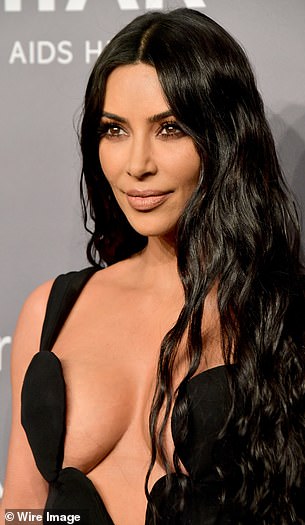 ‘I just have dark hair, thick eyebrows, a small frame and a fat a**e. I can’t f**king help it!’ Martha said of the comparison to the beauty powerhouse, Kim Kardashian West

Martha awkwardly paused before remarking: ‘Am I trying to look like her…no!’

‘I just have dark hair, thick eyebrows, a small frame and a fat a**e. I can’t f**king help it!’ the brunette bombshell quipped.

‘Definitely not trying to!’ she added. 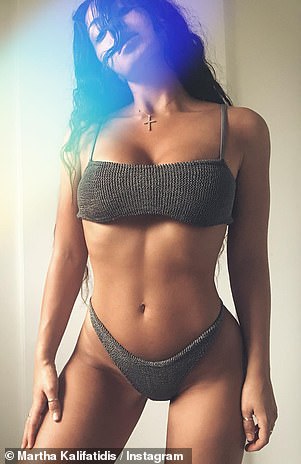 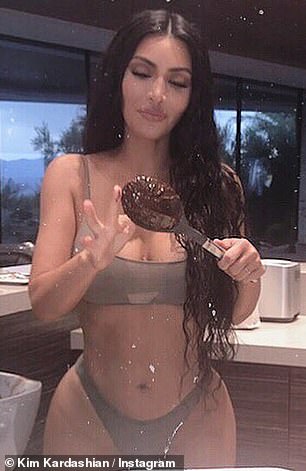 Can you tell the difference? Some of Martha’s bikini photos (left) are eerily similar to Kim’s (right)

Speaking to NW magazine in February, Martha revealed she has had extensive surgery including a boob job, nose job, Botox and fillers.

In January during an interview with A Current Affair, Martha said she was flattered by comparisons to Kim. 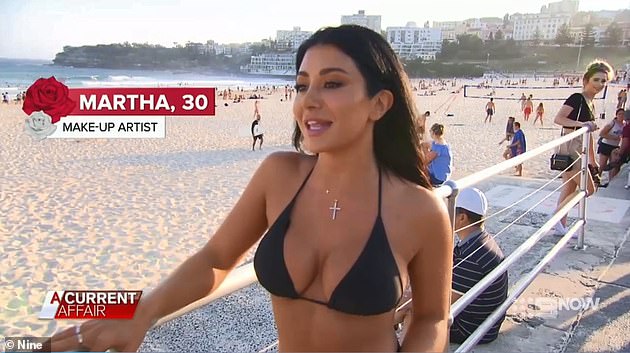 ‘Everyone’s inspired by Kim. She’s hot!’ In January during an interview with A Current Affair, Martha said she was flattered by comparisons to Kim