She’s the Married At First Sight star who’s been trying to mend her relationship with TV husband Dean Wells.

But Tracey Jewel was dealt a shocking blow during Sunday night’s episode of the program, when Dean revealed he had been having an ‘affair’ with co-star Davina Rankin.

‘I’m too old for this s**t, seriously!’ 34-year-old Tracey yelled in exasperation as she learned of her man’s shock infidelity.

‘I’m too old for this s**t!’: Married At First Sight star Tracey Jewel was left stunned when her TV husband Dean Wells revealed he had been having an ‘affair’ with co-star Davina Rankin 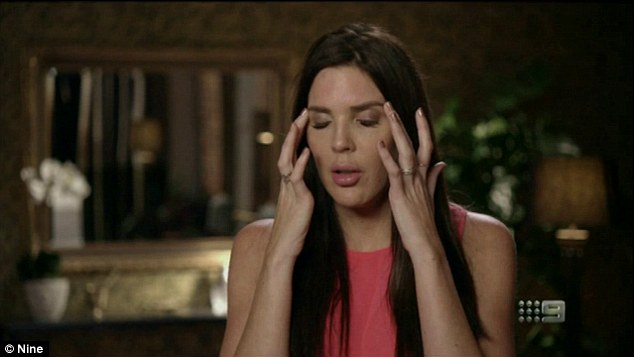 Stress: The shock news came after Tracey and Dean appeared to be mending their strained relationship

The heartbreaking news came during the show’s weekly commitment ceremony, which began with a joyous start.

Tracey revealed she was feeling confident about her relationship with Dean, which appeared to be back on track just a week after he told her he wanted to leave their marriage.

However, Dean’s shocking admission of infidelity on Sunday night left Tracey in tears as she stated: ‘I’ve put my heart on the line this whole time. I’ve been 100% myself, No games, nothing and I just don’t know what to believe anymore.’ 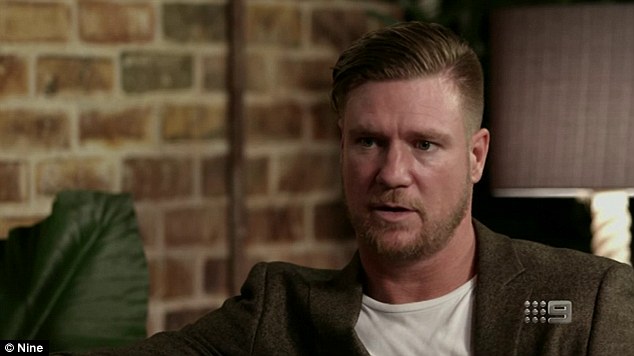 Unfaithful: Dean broke Tracey’s heart with his shock admission, but he begged her for forgiveness Awkward: Dean publicly confessing to secretly meeting up with Davina was not what the Instagram model was expecting

With Dean begging her for a second chance, the Perth-based stunner seemed conflicted, and the two went outside for a private chat.

Upon returning, Tracey revealed to the show’s relationship experts ‘I’m willing to give it another week.’

Justifying her choice, the single mum stated: ‘I can’t deny what I feel. I just can’t. I can’t lie to myself. I’m either going to look like a complete effing fool or the most forgiving person on the planet. It could go one of two ways.’ 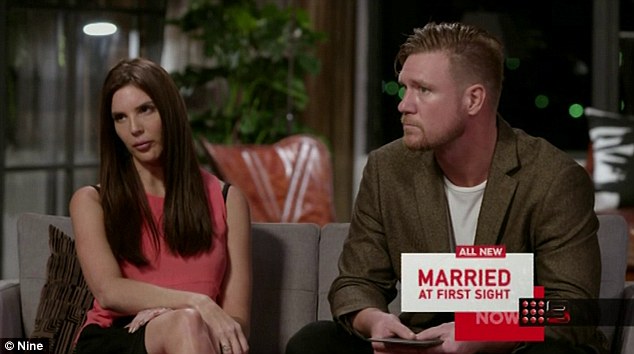 ‘I can’t deny what I feel’: Tracey opted to give her marriage with Dean another week, much to the shock of viewers

Social media was none too happy with her choice, with one viewer taking to Twitter stating: ‘Tracey it’s called SELF RESPECT! Ditch him! WTF’

Another Twitter user expressed confusion over the brunette beauty’s choice, writing: ‘Why is Tracey from #MAFS wanting to stay with him [Dean] after he tried to leave AND CHEATED on her?? I don’t understand?’

And a third offered an ominous warning to the star: ‘Tracey have some damn self respect and leave. At this point you’re the victim, say stay and you’re just asking for trouble and will certainly not have any sympathy when Dean screws u over again’. 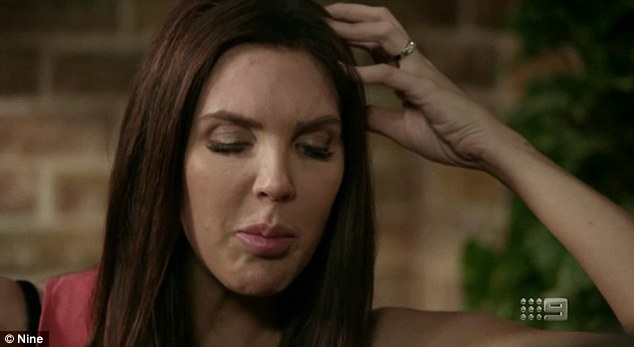 ‘Tracey it’s called SELF RESPECT! Ditch him! WTF’: Social media reacted with outrage after the brunette stunner chose to stay with her husband