She’s the popular comedian known for her role as Sharon in television series Kath & Kim.

And Magda Szubanski was an invited guest at the Australian Open in Melbourne on Thursday.

The 56-year-old cut a smart casual figure in an abstract frock, as she engaged in conversation with former tennis player Billie Jean King.

Her fair locks were swept into an effortless style and she appeared to sport a minimal makeup palette.

Billie looked polished in a red tailored blazer and black trousers, finishing off the ensemble with statement reading glasses. 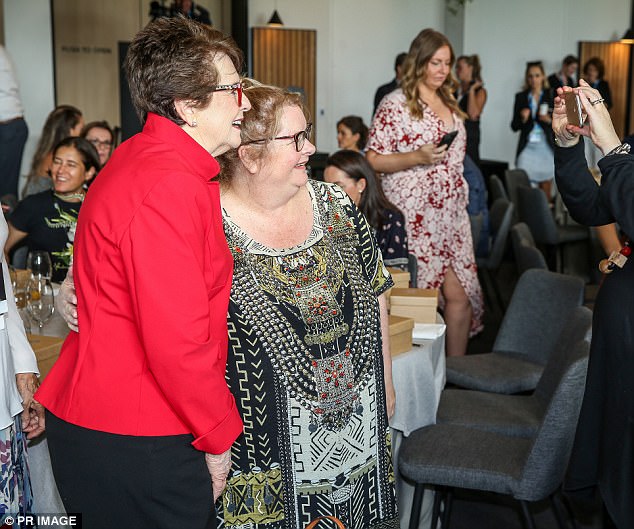 All smiles: Magda who sported a beaded abstract frock, beamed for photos alongside Billie

Magda later took to the stand at a tennis match, appearing carefree and relaxed.

The sighting comes shortly after the actress met British singer-songwriter Sam Smith on his whirlwind trip Down Under.

Having performed a series of concerts around Australia, Sam was delighted to have met the Yes campaigner, supporting the legalisation of same-sex marriage.

The pair posed for a picture-perfect snap at Sam’s Melbourne gig, powered by Optus, iHeartRadio and KIIS FM.

Sam even shared a photo of the meeting to Instagram, writing in the caption: ‘Dream come true. What an inspiring woman.’ Box seats: Magda later took to the stand at a tennis match, appearing carefree and relaxed

He added: ‘Honoured to have sat with Magda Szubanski today. So excited to sing for you all tonight.’

Sam and Magda were both outspoken supporters of the Yes vote in Australia, which resulted in a decision to allow same-sex couples to legally marry.

During an interview with Today’s Richard Wilkins, Sam spoke about how it felt coming to Australia after the laws had been changed.

‘I was just staring at my phone crying when it happened. It’s such amazing news and a beautiful way to kick off the new year,’ he said.

Sam will return Down Under in November for a national tour. 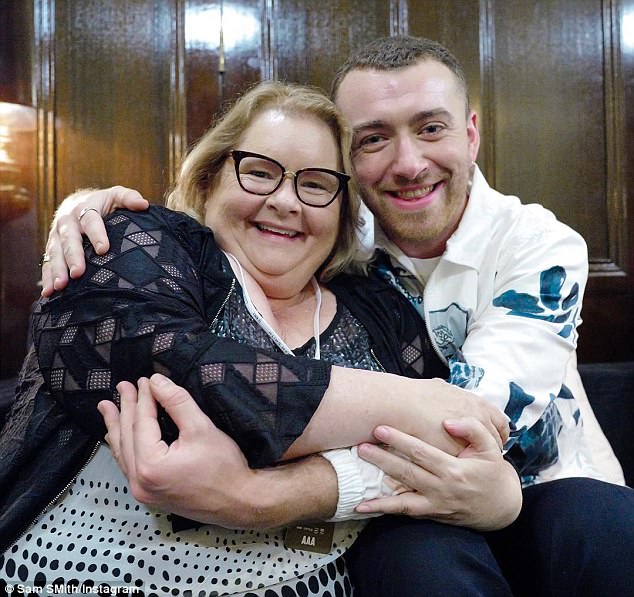 ‘Dream come true’: Sam Smith [pictured] had the experience of a lifetime earlier this month, after meeting the comedian at his Melbourne gig