Magda Szubanski parted ways with weight loss company Jenny Craig for the second time in 2014, later regaining the 40kg she had lost in the years that followed.

And on Andrew Denton’s Interview on Tuesday, the 57-year-old was taken back when the veteran journalist asked what word she would use to describe her body.

The comedian claimed she had never thought about defining herself like that before, but, after pausing, responded: ‘Um, probably “fat”, I think, is probably the obvious.’

‘Fat is probably the obvious’: Magda Szubanski described her body as ‘fat’ on Andrew Denton’s Interview on Tuesday, adding her weight feel ‘like carrying a suit of armor’

While laughter erupted within the studio audience, the chat appeared serious for the former Kath And Kim star.

‘It’s weird, you know, I don’t feel like a fat person. It’s like that’s something that happened to me… It’s like carrying a suit of armor or something,’ Magda confessed.

Andrew quoted a phrase from her autobiography, Reckoning: A Memoir, as he asked: ‘You’ve described fat as a fascinating expression, “My most trusted companion” – why is that?’

‘Oh, yeah, because fat and chocolate, really,’ she joked, adding she was ‘too f***ing candid in that book’. 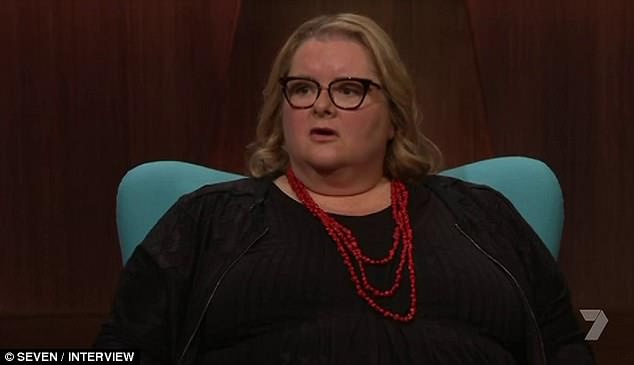 ‘Because fat and chocolate, really’: Magda joked she was ‘fat’ due to eating a lot of chocolate, but added she doesn’t feel ‘like a fat person. It’s like that’s something that happened to me’

She went on the explain the phrase further: ‘Because it does become your second skin, it’s something that you’re very used to.’

The actress claimed she struggled with recognising herself after her weight-loss journey with Jenny Craig: ‘I don’t mean to be a whinger, but I would look at myself – there was a particular candid picture I saw, and I didn’t recognise myself.’

‘You know, people don’t think that. They think, “Oh, you lose weight and everything’s gonna be great”,’ she told Andrew. 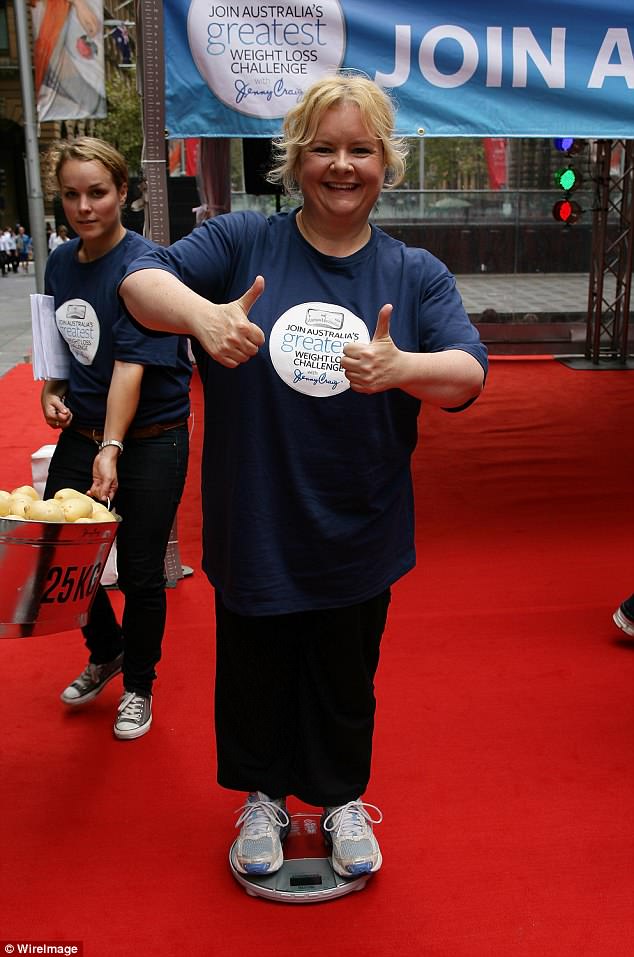 ‘I don’t mean to be a whinger, but I didn’t recognise myself’: The Kath And Kim actress said as her weight became her ‘second skin’ she felt ‘odd’ at not recognising her body in the mirror (pictured in 2010, after shedding 40kg as a Jenny Craig spokesperson)

Magda concluded: ‘That is a very strange feeling to look in the mirror and not see yourself, you know? To not have this body felt odd and since then, I’ve sort of done a lot of other research and I had my genetics done.’

While on the talk show, the TV icon also criticised a series of womens’ magazines for publishing images of her in swimwear at the beach in 2011.

Magda said she was sad upon seeing the photos, but quickly decided: ‘F**k them! I’m going to go down there with my fat body amongst all the models and just be fat on Bondi Beach.’

‘F**k them!’ The TV icon said she was sad upon seeing the photos, but quickly decided: ‘F**k them! I’m gonna go down there with my fat body amongst all the models and just be fat on Bondi Beach’ (Pictured: Magda hitting back at trolls with a body-positive message in Woman’s Day)