The magical moment a diver and a boat full of tourists had a thrilling close encounter with a 45ft gray whale and her calf in Mexico has been captured on camera.

The thrilling encounter was filmed by diver Andrea Izzotti, 49, who said that he thought the whale’s skin would be hard because of their barnacles, but when he touched the adult female’s body, he said it was ‘incredibly soft’.

The nature lover, from Genoa, Italy, captured the memorable scene last week with his GoPro camera.

Touching on the chain of events, the lawyer said: ‘I felt really fortunate to witness such an incredible moment, just inches away from the magical creature.

‘It was like it was coming up to the surface to say hello to us all.

‘To have the opportunity to see something so unique brought tears to my eyes.’

The whale stayed close to the surface for around 10 seconds while tourists gently stroked its body.

Andrea added: ‘The mother approached while the calf swam underneath her. 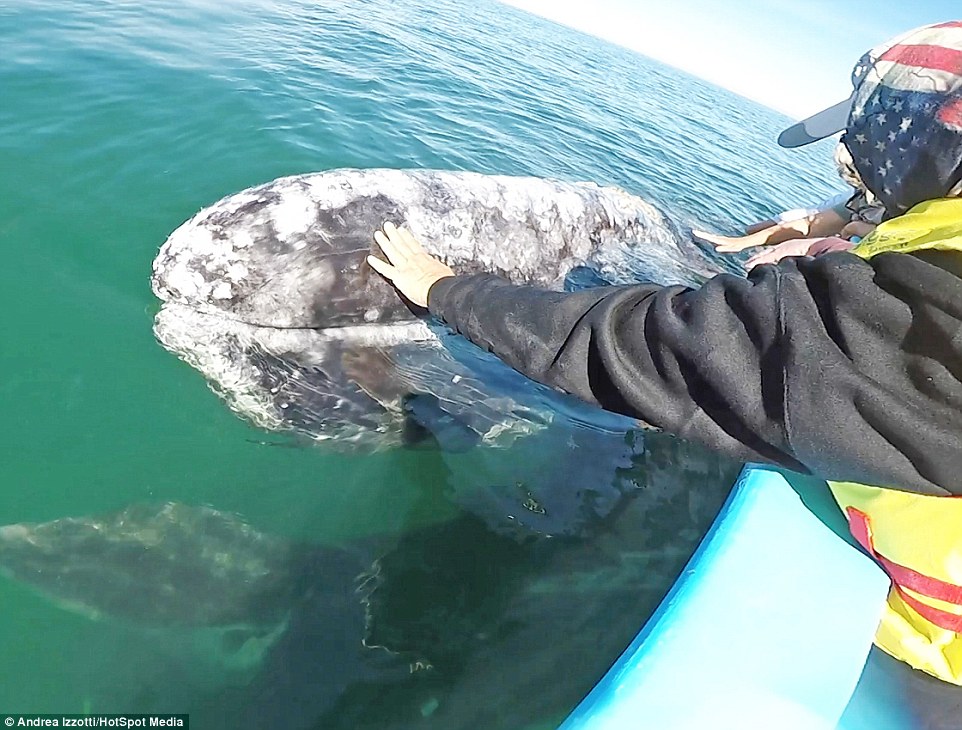 The thrilling encounter, filmed by Andrea Izzotti, 49, shows the impressive mammal coming up to the surface to say hello 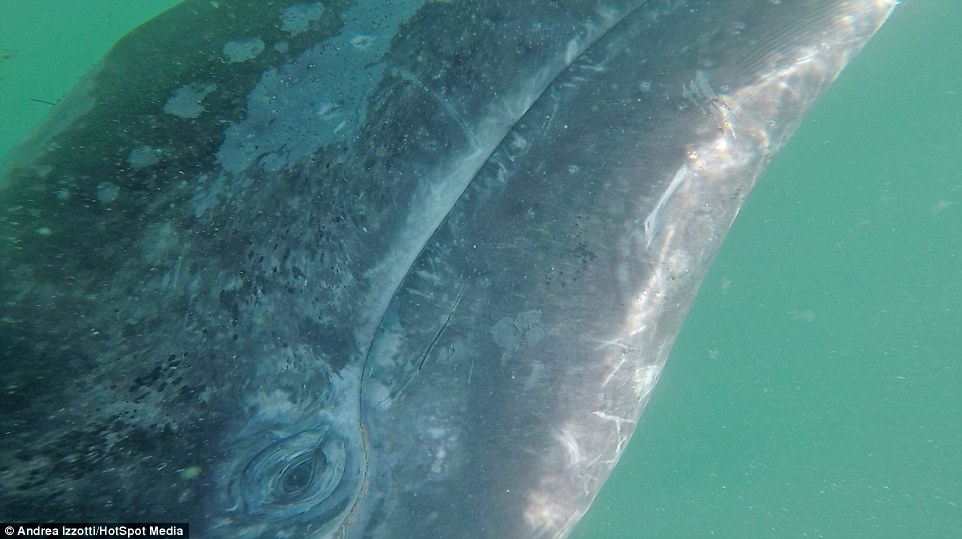 Andrea said that he thought the whale’s skin would be hard because of the barnacles but when he touched the adult female’s body, he said it was ‘incredibly soft’

‘She allowed the tourists to touch her head for a few moments.

‘When it dived back underneath the water to join its calf, I decided to follow them and I’m glad I did.

‘I could see their huge mouths and eyes – it was an incredible moment, but over in an instant.’

The gray whale population in the Pacific is listed as critically endangered by the International Union for Conservation of Nature.

Intensive whaling has drastically reduced the population, yet those in the Baja California region have an unusual tendency to approach whale-watching boats and allow holidaymakers to touch them and scratch their tongues, according to the World Wildlife Fund.