Harry Maguire questioned Manchester United’s mentality as they crashed out of the Champions League on Tuesday night.

United went three goals down against RB Leipzig and, despite scoring twice during a late rally to set up a tense finish, were left counting the cost of defensive errors.

Ole Gunnar Solskjaer’s side only needed a point to progress in Germany but were dumped into the Europa League as a consequence of a kamikaze opening 13 minutes during which they conceded twice.

‘It wasn’t good enough for the first 20 minutes. We weren’t at it,’ Maguire admitted. ‘We had great belief, we came close (to equalising) at the end, but ultimately we have to stop giving goals away and falling behind. I don’t want to look at excuses.

‘There are 11 bodies out there who have to do the basics of football. We started the game too slowly. We failed to deal with crosses and that is why we were beaten. We’ve got to do more.’

The United captain’s infuriation with a lack of application was mirrored by Solskjaer, who bemoaned defensive frailties. 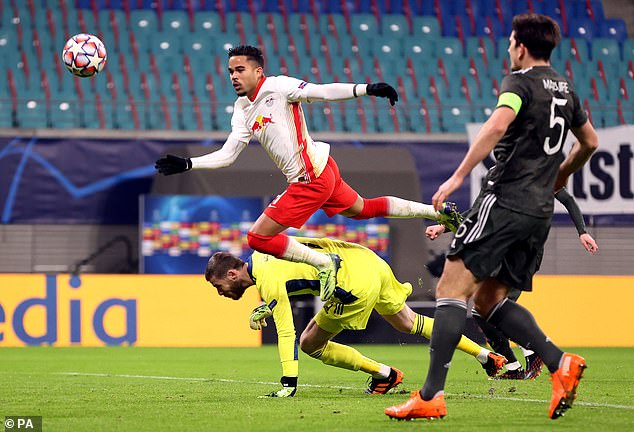 The manager did, however, choose to praise the ultimately doomed comeback.

‘We didn’t perform as a team and that’s always the manager’s responsibility – to get everyone ready,’ Solskjaer said.

‘We knew they’d come at us. unfortunately we conceded two goals. We never got going. We didn’t turn up until they scored the second goal.

‘Maybe the referee should have done something for the second one with the push on Alex (Telles). Maybe we need to be more streetwise. 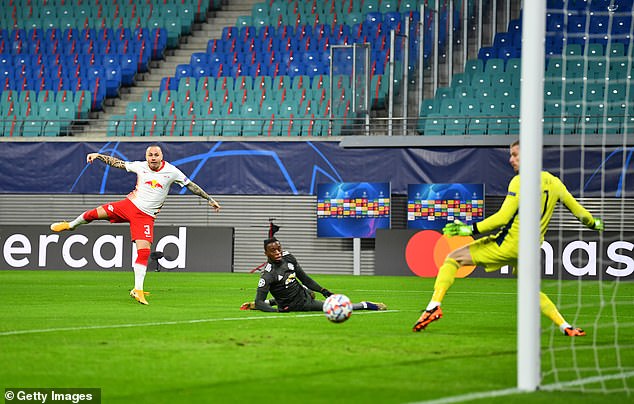 ‘We started playing at 2-0. It was one-way traffic in the second half. They gave everything and showed very good character.’

It was the 10th time United have conceded the first goal in a match this season and Solskjaer was at a loss to explain another sluggish start.

‘We need to address it even more,’ he added. ‘We’ve spoken about it. We talked about what Leipzig would do, how we needed to manage it, and we didn’t.’ 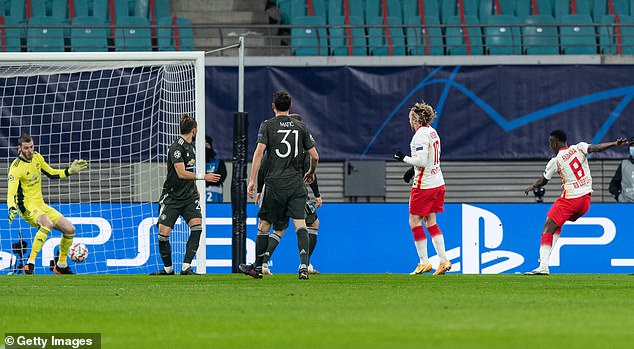 Paul Pogba gave United impetus when introduced as a second-half substitute and the United boss would not be drawn on the player’s agent, Mino Raiola, claiming his time at Old Trafford is over.

‘You’ve got to ask Paul if he’s happy,’ Solskjaer said. ‘I’m not speaking for him. As soon as Paul’s agent realises this is a team sport and we work together, the better. The squad is fine, they are a team, they stick together.’ 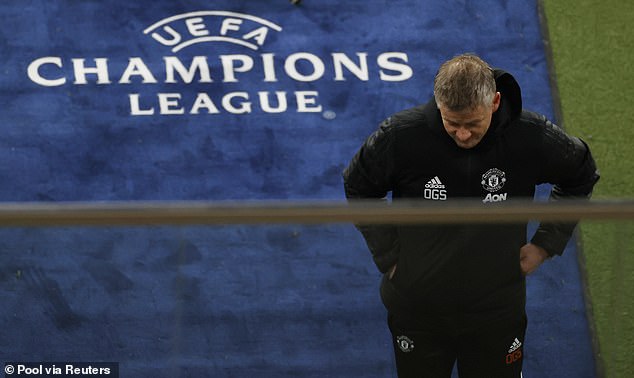