Maidenhead cyclist dies in hospital after being hit

A cyclist died after being knocked off his mountain bike by a car in a suspected case of drug-driving.

The 52-year-old was rushed to hospital with serious head injuries after he was hit in Maidenhead, Berkshire, but died despite surgeons’ efforts.

Police arrested a 29-year-old motorist on suspicion driving while under the influence of drugs and knocking down the cyclist on January 20.

The force is investigating after the incident in Maidenhead, where a motorist was arrested on suspicion of drug-driving before being released under investigation

The motorist, from Maidenhead, was released under investigation and tonight officers appealed for any witnesses to the incident in Harvest Hill Road, which took place in the early evening.

A spokesman for Thames Valley Police said: ‘A silver Ford Fiesta and a black and yellow mountain bike were involved in the collision. 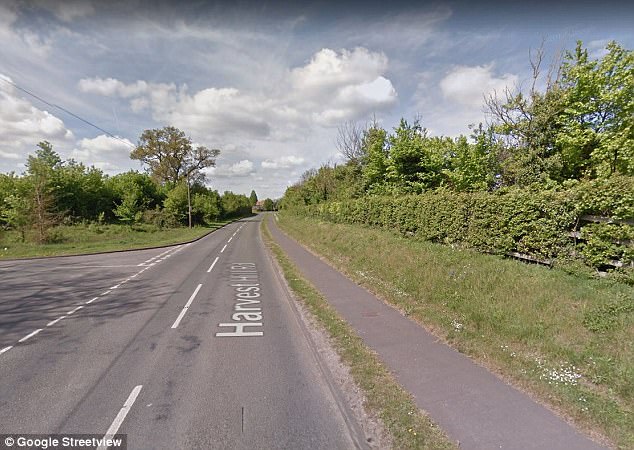 ‘The cyclist, a 52-year-old local man, sustained serious head injuries as a result of the incident and has since died in hospital.’

Investigating officer Police constable Dave Beeson, from the Serious Collision Investigation Unit based in Reading, said: ‘We are investigating the circumstances of this collision in which a cyclist sadly died and we would like to speak to anyone who either saw the collision or the vehicle or cyclist involved.

‘If you have any details which could help police, or dash camera footage, please get in touch with us.’