A second day of heavy snow has sparked travel chaos, with hundreds of schools forced to close across the country.

Despite the inconvenience, MailOnline readers from across the country have seized the chance to take these brilliant images of Britain covered in thick layers of snow.

Readers from Glasgow, Kent and Surrey have sent in their images from around their homes, with thick layers of snow a common feature throughout.

The ‘Beast from the East’ has heaped more misery on commuters, with trains, planes and road traffic also affected by the adverse weather conditions.

** Have you taken pictures of the snow in Britain today? Please email them to: pictures@mailonline.co.uk **

Ten-year-old Tyler Shonhiwa, who attends Swinggate Primary School in Lordswood, Chatham, Medway, makes the most of the thick snow by building a snowman this morning. He’s ensured the snowman wraps up warm, giving him a warm scarf and a cap to protect him from the cold 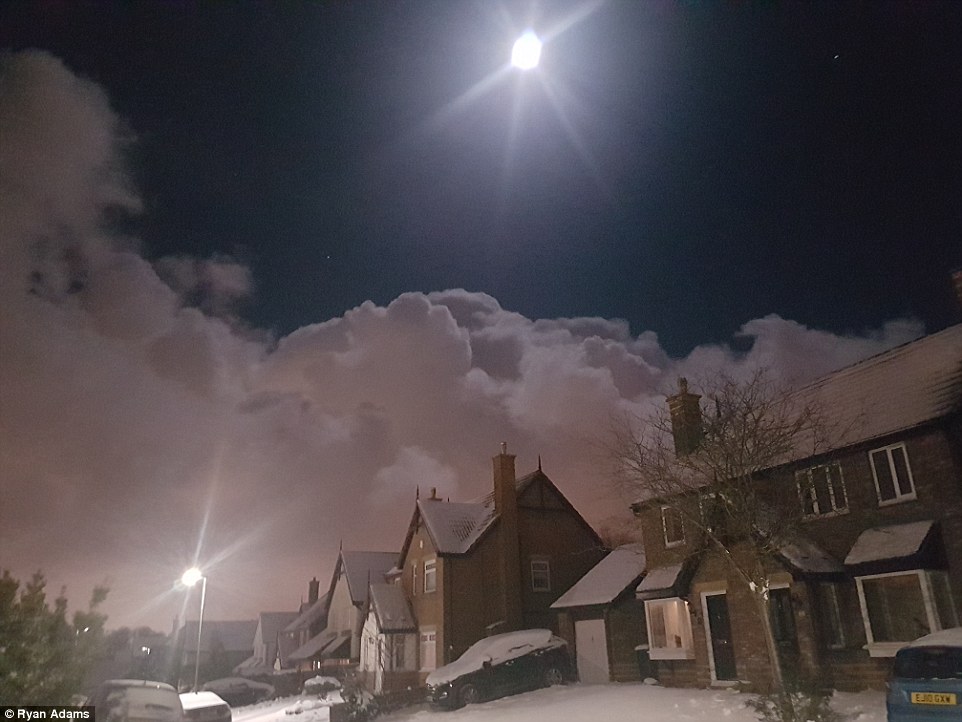 One MailOnline reader woke up to see a blanket of snow from their window this morning in Kendal, Cumbria. Everything in the garden has been completely covered by a thick layer of the white stuff, with both the shed and the bush completely covered 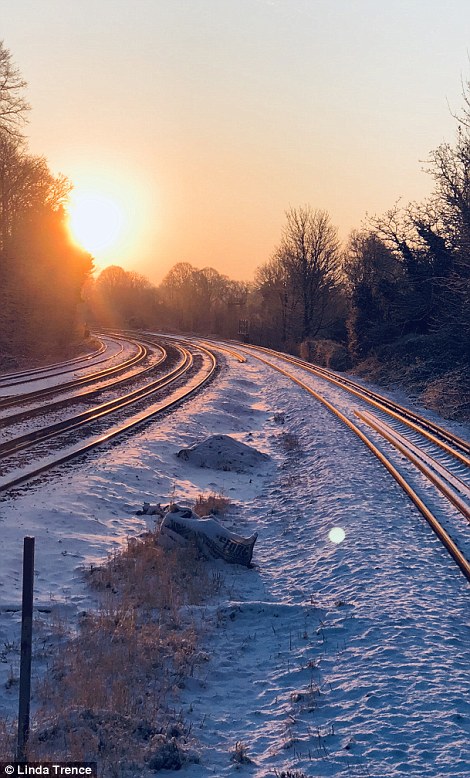 This stunning image sent in by Linda Trence shows the sun rising from behind the leaf-free trees on the frosty morning at a Kent house station. Temperatures plunged to -6C overnight in the area which allowed a layer of snow to form on the tracks and nearby ground Glasgow Harbour did not escape the adverse conditions, as seen by these pictures from Gemma Connolly. Her balcony railings were covered by the snow, as were the buildings over the river just before sunrise this morning. 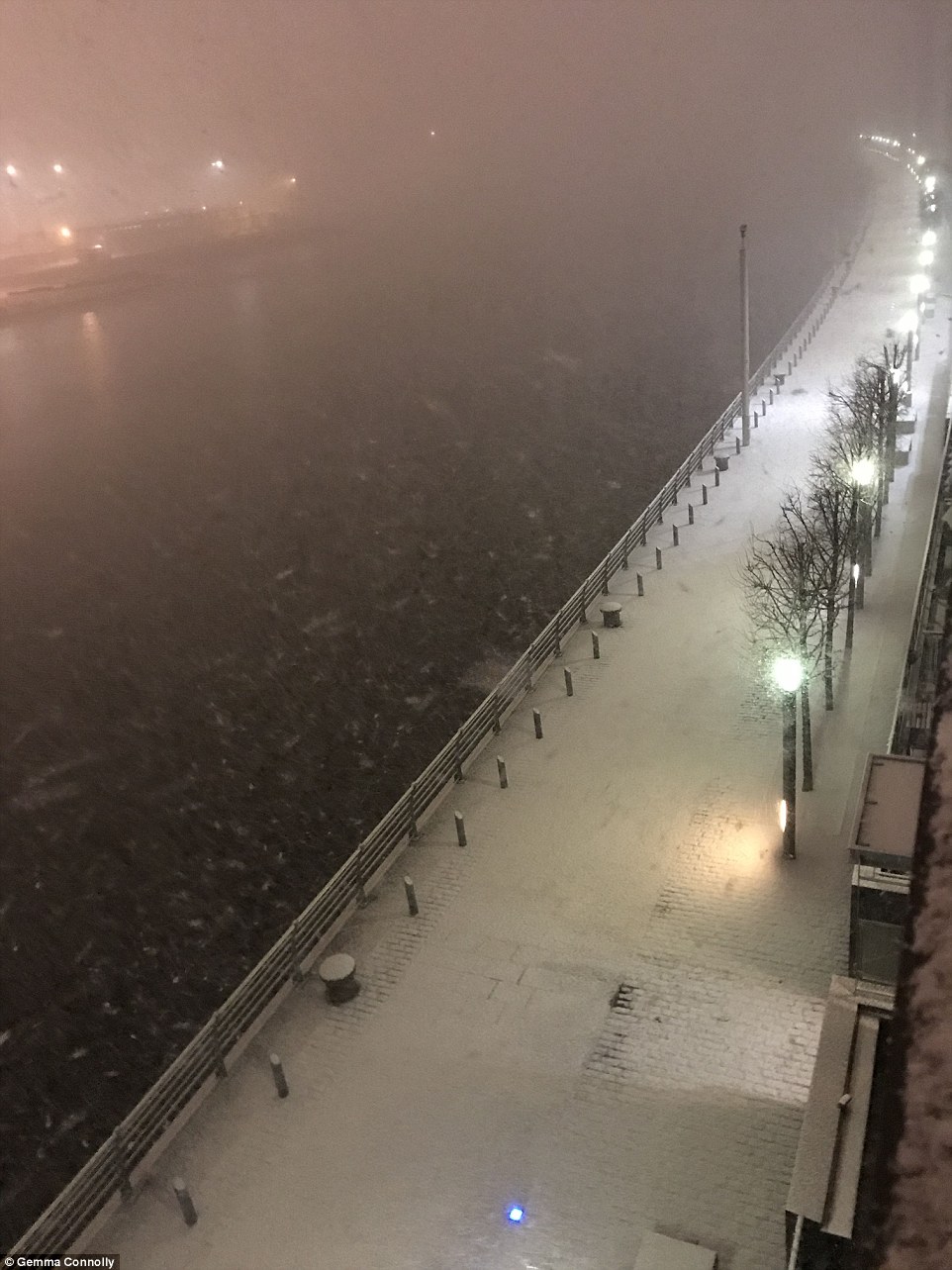 The snow was also lashing down heavily this morning, as a fresh layer began to settle underneath Gemma Connolly’s apartment in Glasgow. The untouched snow settled with ease on the pavement and would have sent temperatures in the nearby river towards freezing 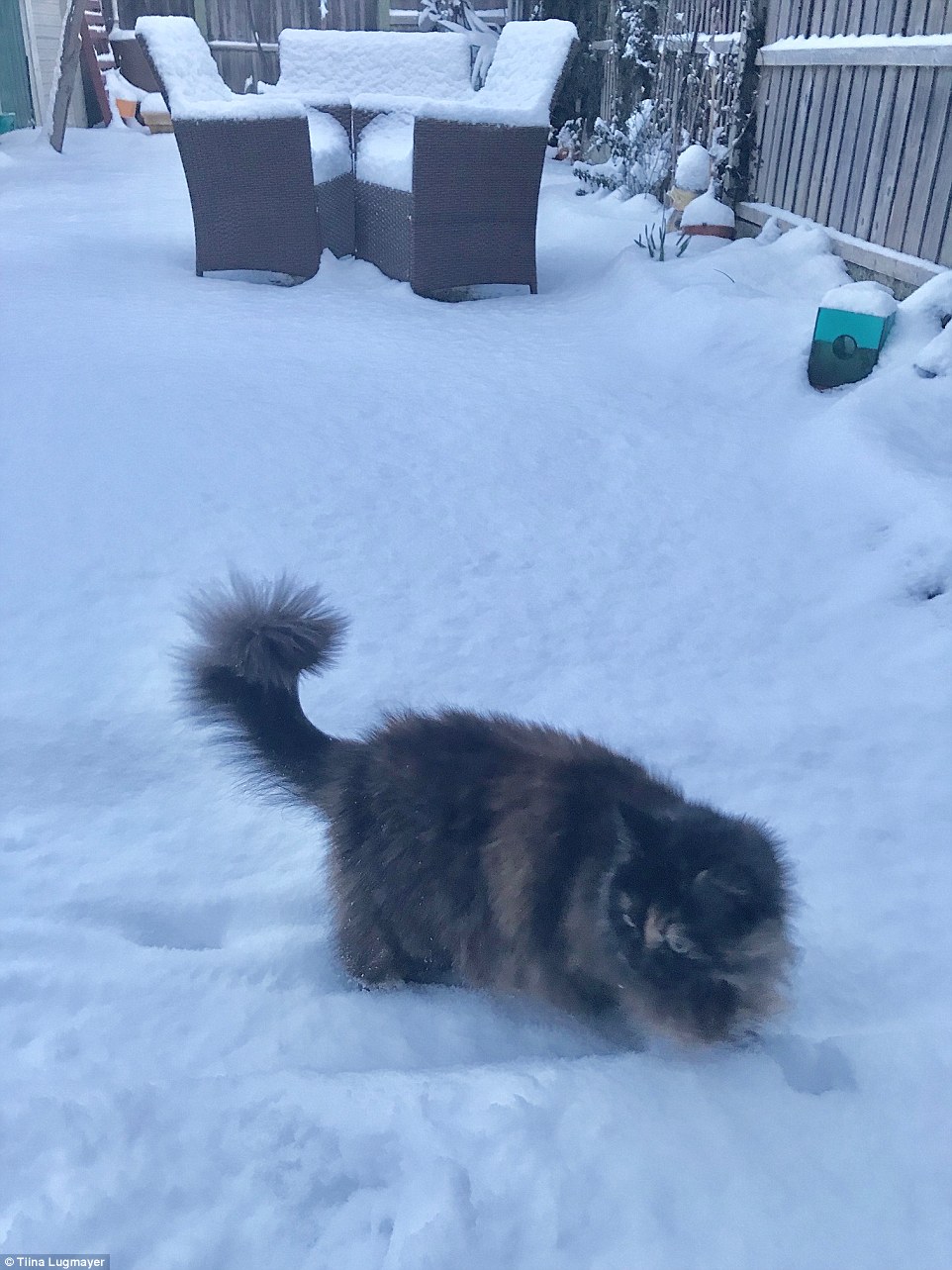 Meeks the cat seemed quite confused as she ventured outside this morning, leaving her footprints behind her as she ambled through the thick layer of snow Corby the cavalier King Charles looks royal as he enjoys the snow on Ilkley Moor, West Yorkshire yesterday. The sun is seen trying to creep over the terrain in the background with the rest of the scene completely immersed in the snow Car tracks have left their mark on the settled snow in Ewell, Surrey, this morning. A couple of footprints are also visible on the road in this picture sent in by Charlie Waterhouse Another picture taken by Charlie Waterhouse this morning onboard a train which passed Cheam station this morning. The tracks could not avoid the snow although part of the platform covered by the station remained untouched and appeared to be a rare place of refuge from the harsh conditions 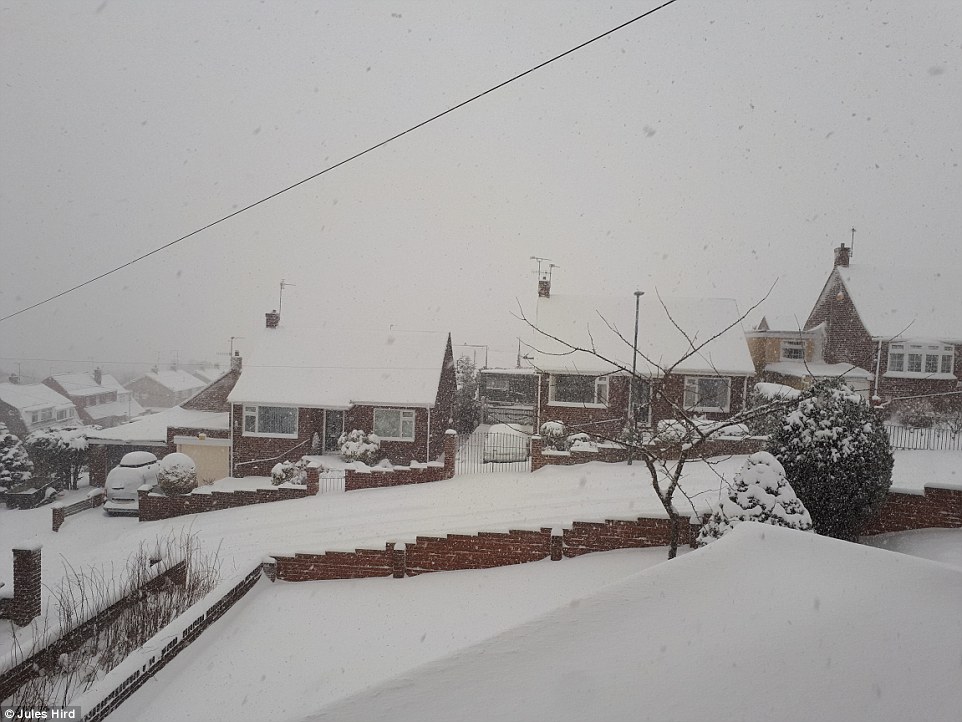 If trying to contend with a thick layer of snow wasn’t hard enough, Jules Hird from the North East says that she has had to deal with thunder and lightening too. Her garden is completely submerged in by the snow, with just the side of the walls the only thing visible not white in the picture

These two dogs braved the sub-zero conditions to make the most of the white stuff this morning. In Fulham, temperatures dipped to -4C when the picture on the left was taken. Meanwhile the dog on the right, which was pictured by Karen Nicholas this morning, was pictured with his snow all around his mouth 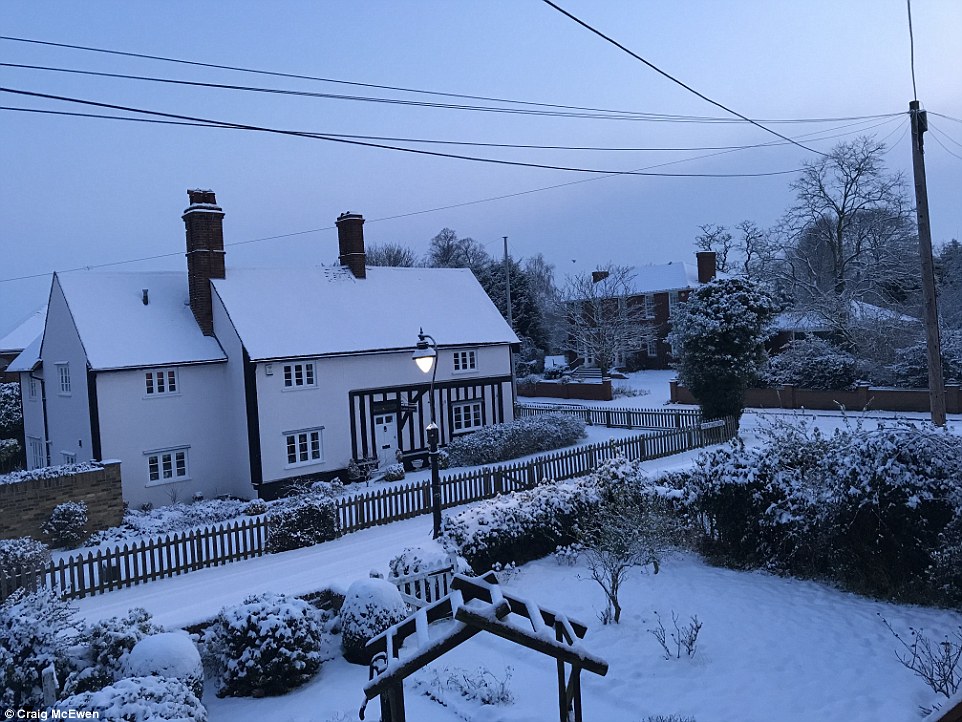 This picturesque photograph of Orsett, Essex, was sent in by Craig McEwen, who has captured the village just before sunrise this morning. The quaint house opposite his home along with the street light depict a perfect setting in the countryside 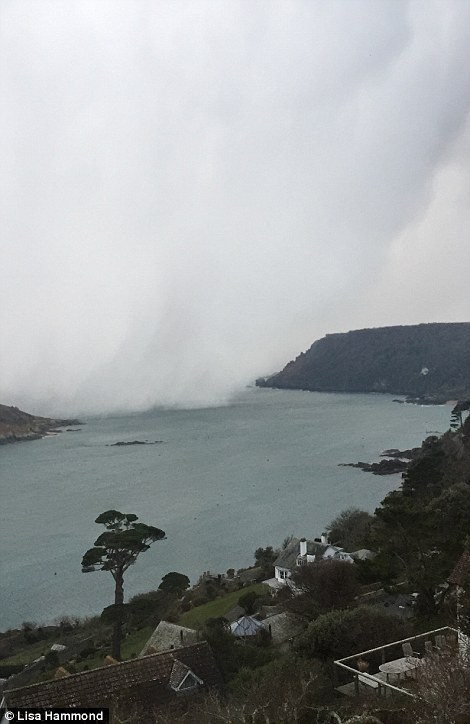 The moment an oncoming snow storm sweeps into Salcombe, Devon at around 8.30am this morning Another garden, this time in Coombe End, Kingston-upon-Thames, which has been covered in snow. Parts of the bush have managed to avoid being covered, although the top is sprinkled with the white stuff