By Jocasta Shakespeare For The Daily Mail

Deia was a sleepy artist’s colony until rock star Kevin Ayers arrived in 1976, with Richard Branson’s first wife Kristen in the passenger seat of Ayers’ powder-blue Citroen, following a wife-swapping party in London.

What began as a sex game, during which Branson and Ayers’s former wife Cyrille disappeared together for a one-night stand, turned serious when Kristen decided to run away with the tousled, psychedelic singer.

Branson was not expecting to be dumped and he never forgot the humiliation. When Ayers was subsequently ditched by Kristen for German architect Axel Ball, Branson rewarded the latter by helping fund development of Deia’s luxury Residencia Hotel.

Alluring:  A view of Deia – a little hippie haven of olive farms that became a hub for wild partying and scandalous behaviour in the 1970s

Almost immediately, this little hippie haven of olive farms and fishermen’s cottages on the north-west coast of Majorca was filled with smart villas and hotels for visiting Europeans and Americans — and became a hub for wild partying and scandalous behaviour.

These days, things have calmed down. Jackie Waldren, who has lived in Deia for 60 years says ‘it is more female-empowered now’.

Therapists offer treatments from ear candling to vibration-aural healing, and on Sunday mornings, Ecstatic Dance is a popular village event, with no drugs or alcohol.

Only 752 people live here all year round. Many are children of the wilder 1970s generation: those who survived or never left and those who returned to work in property, art, music, to set up vintage boutiques, alternative therapies and eco-tourist projects — anything to keep the dream alive.

And I love it out of season. It is worth walking up to the church, high on a hill overlooking Deia, to see the valley spread out below: olive groves, gardens of palm and bougainvillea and the river running through a tangle of purple morning glory, down past the cluster of terracotta-roofed houses.

The poet Robert Graves is buried in the churchyard here. From the church, you can walk to the sea shore, through the village and down a pathway called The Clot. 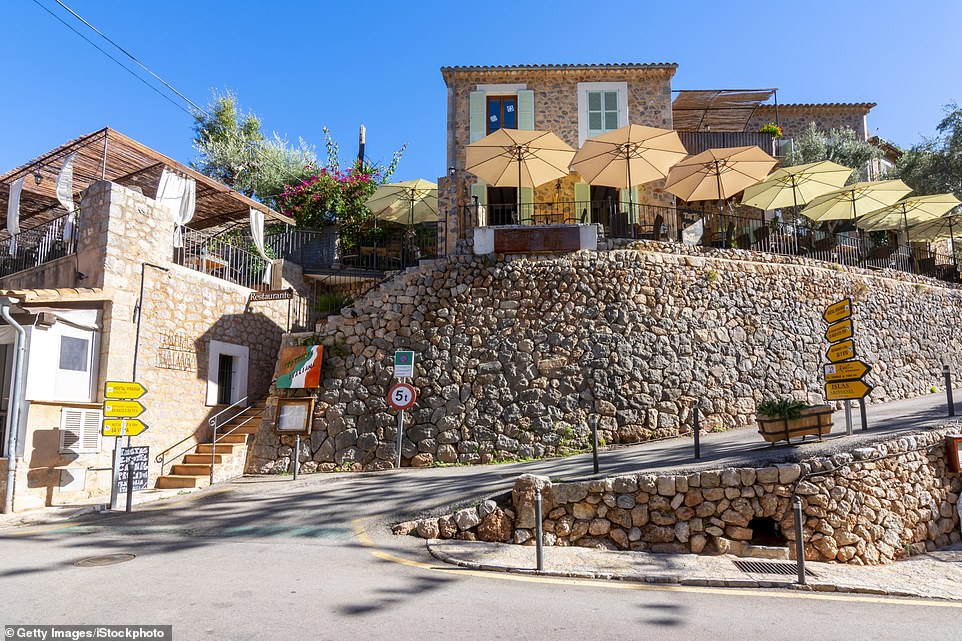 Only 752 people live in Deia, pictured, all year round. Many are children of the wilder 1970s generation 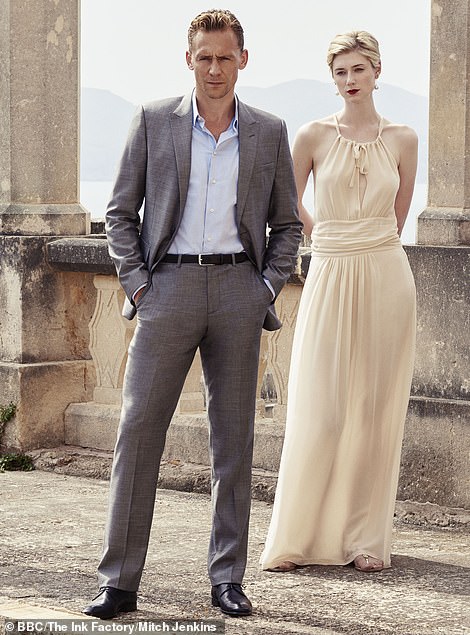 Tom Hiddleston and Elizabeth Debicki in TV’s The Night Manager, which was filmed in Deia

Another driveable road, just beyond the village boundary also leads down to a beach car park.

The Cala, or village beach, is where to find delicious fresh fish in a restaurant looking over the Mediterranean. Some may recognise it from the 2016 TV series The Night Manager.

Simpler food can be found below in a fisherman’s cafe built on the pebbly shore. An old mule track leads me to the port of Soller in about one-and-a-half hours and I took the local bus back, in time for drinks at Sa Fonda, a bar in Deia where musicians play live and there is a party most nights.

Deia has not entirely forgotten its rock ‘n’ roll past. Noel Gallagher, Damon Albarn, and Paul Simonon from The Clash spend summers here.

Some of the smaller, less expensive places to stay are busy most summers: Pension Miramar, Hostal Villaverde or Hotel des Puig. Deia’s theatrical backdrop is part of its allure: high volcanic mountains form a horseshoe around the village facing the sea. They are the Tramuntana, a Unesco Heritage Site.

Sitting on the bar terrace of the Residencia Hotel, with a Filthy Martini at sunset, I am astonished again as the range of mountains, with their distant, jagged peaks, flush red and gold.