Makeup artist proves she can transform into ANY fictional character

What sorcery is this! Self-taught make-up artist who transforms herself without using prosthetics or masks turns from Voldemort into Harry Potter

A makep artist has gained a legion of followers on social media for her ability to transform into TV and film charactera using just cosmetics.

Lucy Cook, from Devon, who is best known as MakeupMetamorphos across social media, boasts over 929,000 followers on TikTok for her videos revealing how she transforms into popular fictional characters.

Self-taught Lucy, chooses not to use prosthetics or masks to achieve her looks, which include of morphing into Jessica Rabbit, Harry Potter and even Joe Exotic.

‘A lot of people when stumbling onto my videos start thinking it’s a drawing or a painting, and then I move and it gives that shock factor,’ she told Insider.

Here, FEMAIL shares a selection of her most impressive makeovers.

Lucy Cook from Devon has gained a legion of followers across social media for her transformations into TV and film characters using makep. Pictured: Lucy as Voldemort and Harry Potter 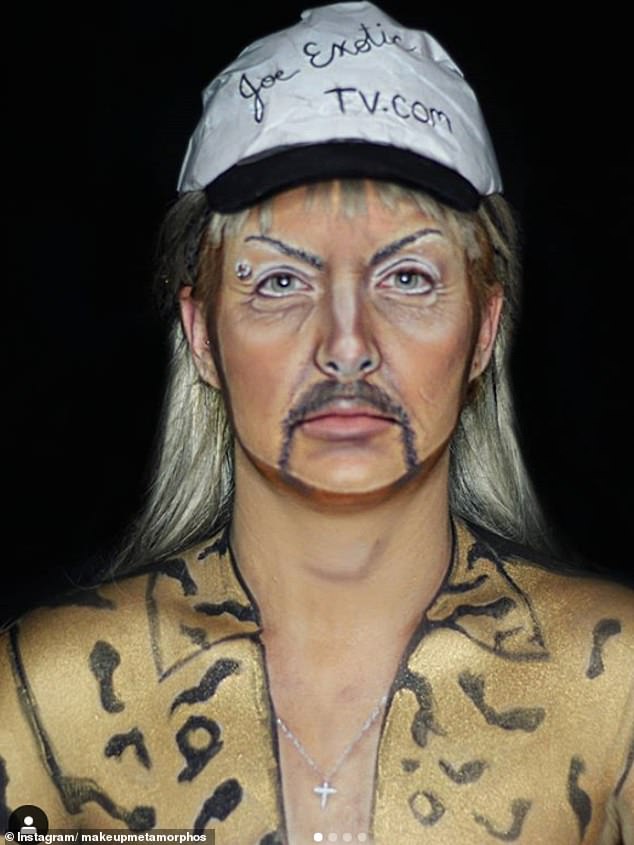 What would Carol Baskin say? Posting under the name MakeupMetamorphos, Lucy’s transformations include Joe Exotic from Netflix hit Tiger King 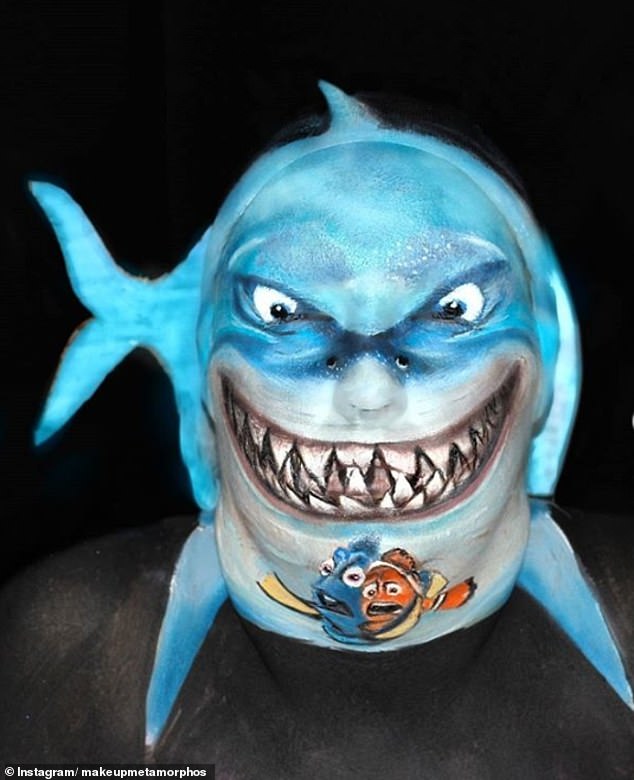 Lucy gained over 13,000 likes on an Instagram post where she used Morphe products to transform into characters from Finding Nemo. She doesn’t use prosthetics or masks to achieve her look 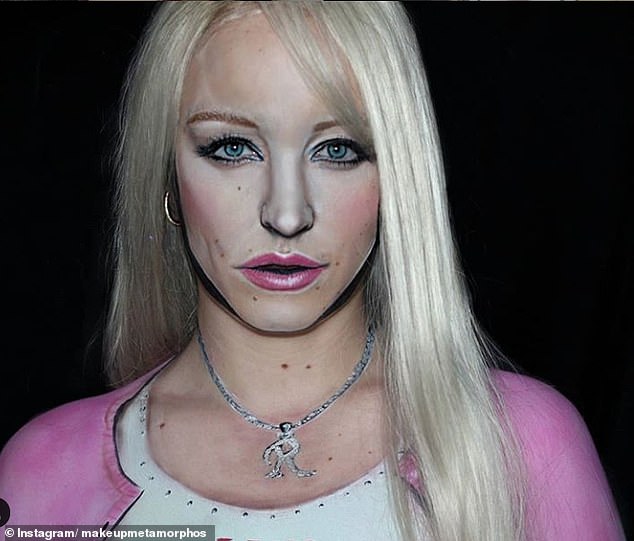 You can’t sit with us! The make-up artist transformed herself into Mean Girls’ Regina George, after asking her 45,000 Instagram followers who they would like to see 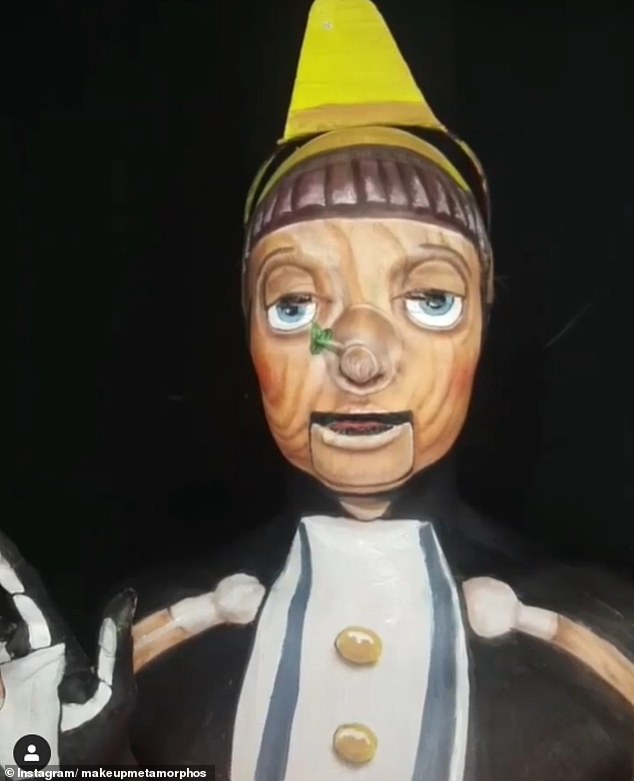 Puppet on a string! In another snap, Lucy turned herself into Pinnochio and even created his famous nose without using prosthetics 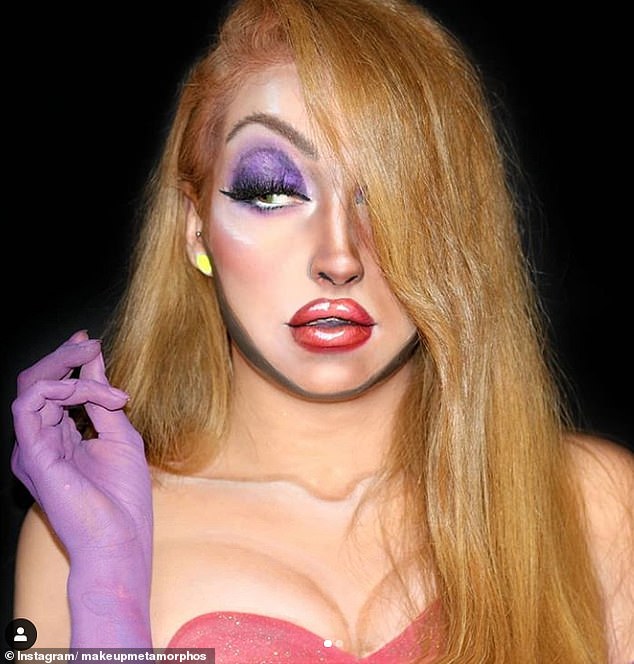 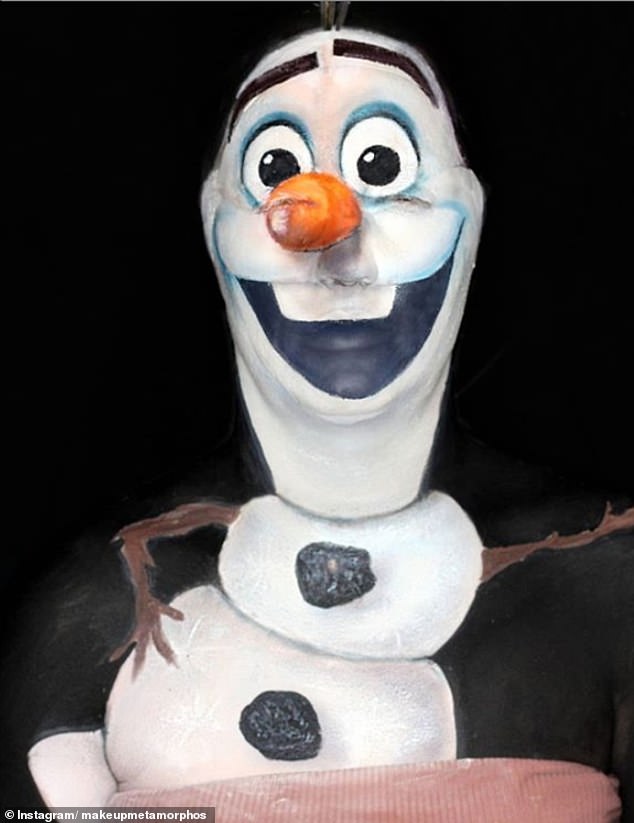 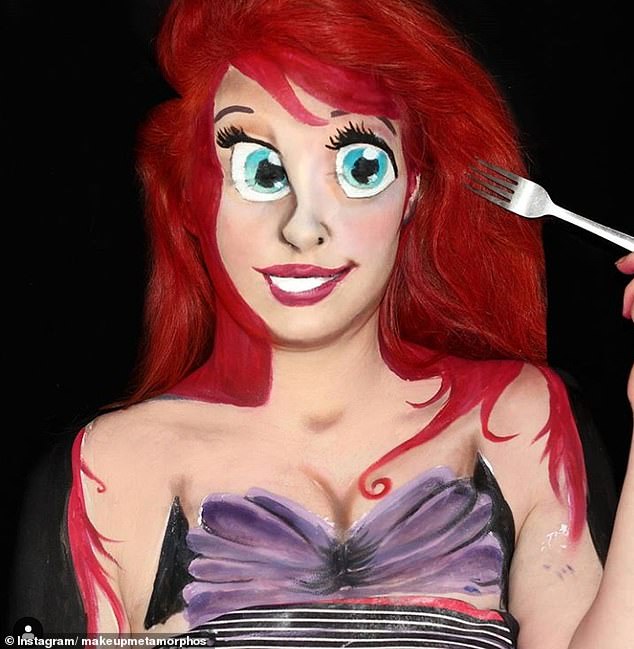 Lucy used products from Makeup A Murder Cosmetics, Morphe and Revolution to achieve the illusion of morphing into Disney’s Ariel 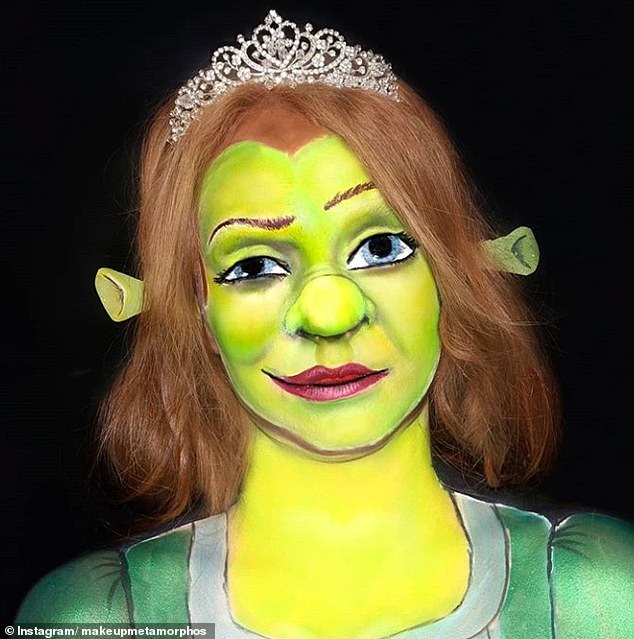 Lucy has also used makeup to turn herself into Fiona from Shrek, racking up over 3,000 likes