Makeup brand is slammed after trying to trademark #MeToo

A popular makeup brand came under attack online after trying to trademark the hashtag and words #MeToo, just days after the social media movement focusing on sexual assault started to trend.

The online campaign against abuse and harassment first began to gain traction back in October 2017 and Hard Candy quickly jumped on its coat tails, filing an application for the trademark of #MeToo on October 20, through the U.S. Patent and Trademark database.

According to TMZ, the brand wanted to use #MeToo on its own makeup and fragrance products, with many accusing it of trying to ‘capitalize on rape culture’ for its own commercial gain – however Jerome Falic, CEO of Falic Fashion Group, which owns Hard Candy, insisted that was not the case.

Fury: A major beauty brand is being slammed after trying to trademark the hashtag and words #MeToo for its own products not long before several A-list stars made a statement against sexual harassment by wearing all black to the Golden Globes 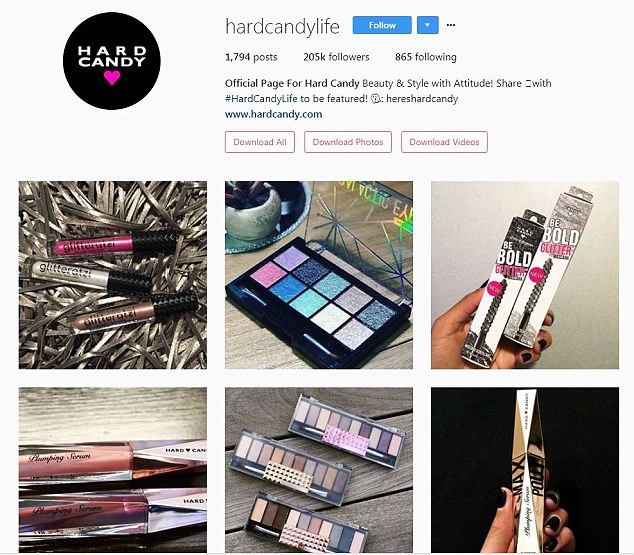 Under fire: Hard Candy has been criticized for the move, with many accusing the brand of trying to capitalize on the powerful movement

Falic told TMZ that it wasn’t the brand’s intention to make money off the back of the anti-sexual harassment movement and instead insisted: ‘The company’s intention is to give back to women worldwide.’

While he initially didn’t give anymore information to the site, TMZ did credit a source who said his plan was actually to donate all proceeds of the trademarked products to the #MeToo cause.

However that didn’t stop people from blasting the brand when the news of the trademark application first came to light on January 17.

Immediately following that, Hard Candy faced serious backlash from customers who were so deeply offended, that the company decided to pull the application.

Falic then told TMZ, just two days later, that a result of the outrage, which saw Hard Candy accused of trying to ‘glamorize, commercialize and capitalize on rape culture’, the brand had rethought its plans.

Falic added: ‘Our objective was to bring greater awareness to this important and long overdue movement.’

Meanwhile, the CEO also shared a statement with Teen Vogue, ‘As a brand devoted to women since its inception, Hard Candy has and will continue to support women’s rights. 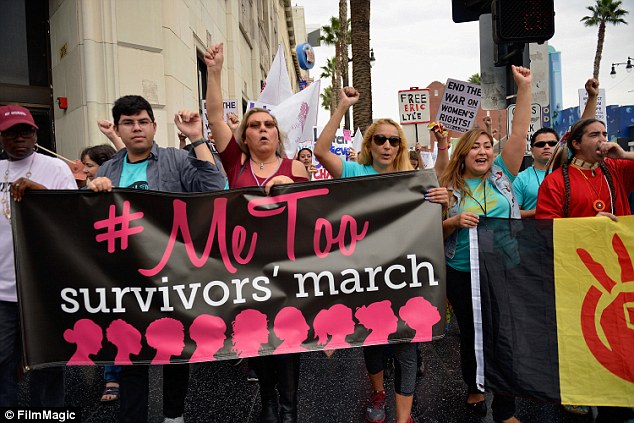 Capitalizing: After it was announced that Hard Candy had applied for the trademark, the brand received an outpouring of criticism with some saying they were ‘capitalizing on rape culture’ 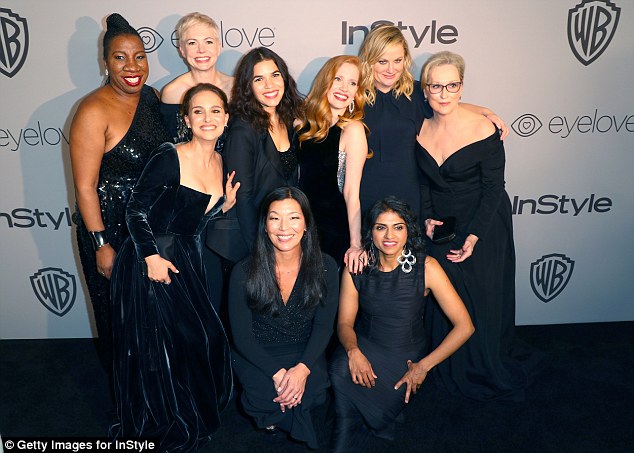 ‘Hard Candy has always quietly and proudly supported a non-profit organization that directly contributes to many women’s causes.

‘When the trademark application for #MeToo was filed, one of our objectives was to bring greater awareness to this important and long overdue movement. We planned to donate 100 per cent of all profits arising from this trademark to #MeToo.

‘Based on several public responses, we have abandoned the application. We will continue to support the work of this watershed movement and other causes that respect the dignity of women and all people.’

Ever since the #MeToo movement was introduced, everything has changed and tons of brave women have been coming out about their sexual assault experiences.

The main contenders of the movement are celebrities in particular, who have been going through great lengths to fix the corruption of men in Hollywood.

The social media movement of #MeToo, started the snowball effect of publicly denouncing sexual assault allegations and eventually led to the Time’s Up movement which is an anti-sexual harassment initiative created by top celebrities.

The Time’s Up movement was launched by stars such as Shonda Rhimes, Reese Witherspoon, America Ferrera, and Eva Longoria, to name a few.

However, the movement officially took off when Hollywood joined together at the 75th Annual Golden Globe Awards and decided to wear all black to show their support of sexual harassment victims.