Having sex was just a pipe dream… Boy, 16, has to be freed with a circular saw after getting his penis stuck in toilet plumbing during bizarre tryst in Malaysia

By Melissa Van Brunnersum For Mailonline

Rescuers in Malaysia freed a 16-year-old boy with a saw after his penis became trapped inside a toilet pipe when he attempted to have sex with it.

The boy, from the southern Malaysian state of Johor, began to panic when his privates swelled and became stuck inside the alloy tube, which was uncovered and protruding outwards from the wall.

The teenager had attempted to liberate himself for over an hour before he asked housemates for assistance who then desperately called the local fire and rescue station.

Senior Fire Officer Seniman Idris of the Tangkak Fire and Rescue Station said they received an emergency call from the boy’s residence around 10pm on May 20.

Emergency rescuers arrived at the scene with a metal cutting saw, attempting to manually cut the pipe to release the teenager.

With little success, the boy was then rushed to Sultanah Fatimah Specialist Hospital where doctors and firemen successfully freed the boy by removing the whole length of the 30mm wide pipe just before midnight.

The boy explained, ‘the metal pipe is about six inches in length with a [thickness] of 5 millimeters, and is no longer used. The firemen had to cut the pipe first.”

Footage of the boy in the hospital bed show sparks flying and the boy wriggling uncomfortably as medics and fireman use a large circular saw to cut the pipe.

‘The case was resolved with the expertise of the hospital and the victim was stable,’ Fire chief Seniman Idris said. 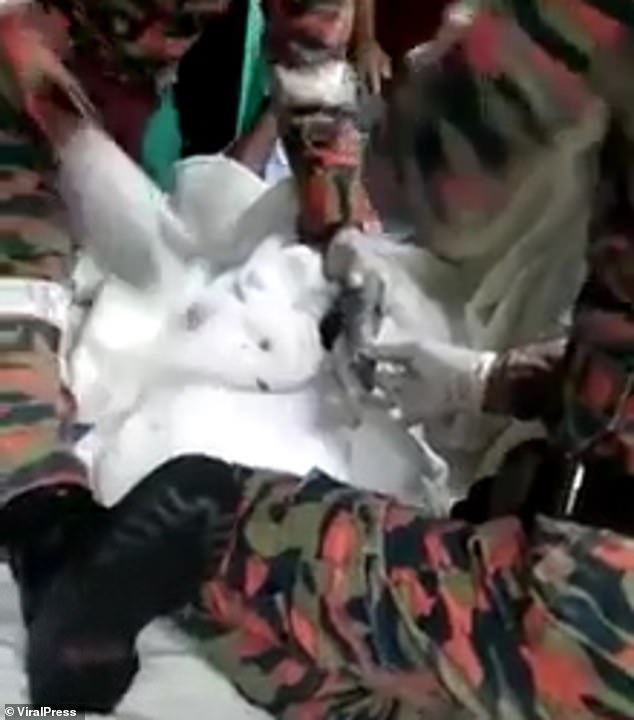 While the teenager returned home with only minor injuries, the incident caused his privates to be swollen. 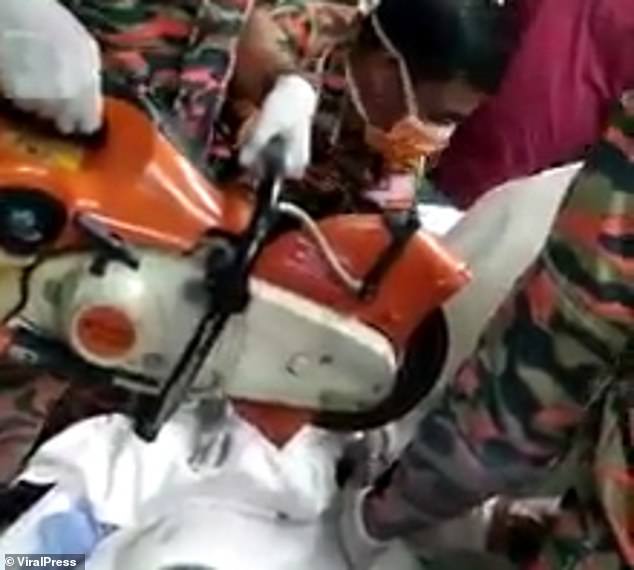 ‘The case was resolved with the expertise of the hospital and the victim was stable,’ Fire chief Seniman Idris said 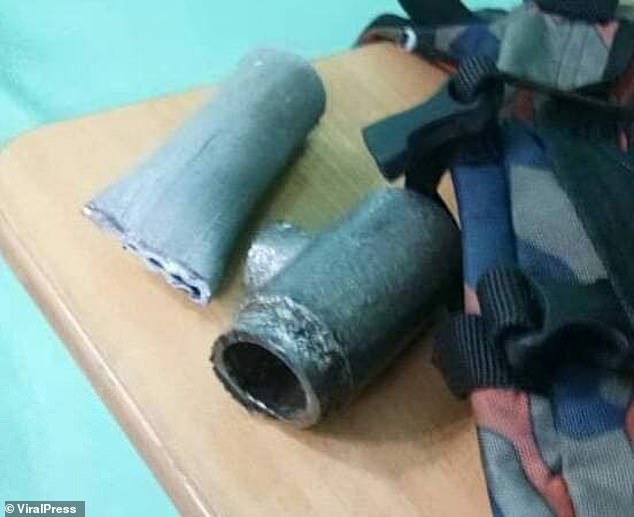 The teenager returned home with only minor injuries and a swollen penis. Local firemen warn residents to seal their pipes to prevent further future incidents from happening