Malcolm Turnbull slammed for texting as Theresa May gave speech

Malcolm Turnbull has been caught texting on his mobile phone during British Prime Minister Theresa May’s speech to Commonwealth leaders.

Australia’s Prime Minister was glued to his phone during the speech, as he typed away during her brief remarks.

The moment was captured on video just as Ms May was talking about the importance of ‘international cooperation’ between the allied nations. 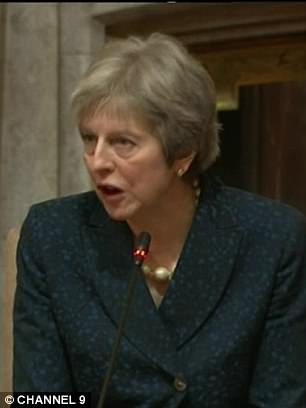 ‘At the very moment that international cooperation is so important, some nations are choosing instead to shun the rules,’ Mrs May said as Mr Turnbull typed on his phone.

‘I’m sure we’ll be able to leave even closer friends, and with a unique understanding of each other in ways which can not be matched by other summits.’

The look on Mr Turnbull’s face was extremely bored as he intensely tapped away for at least a few seconds. 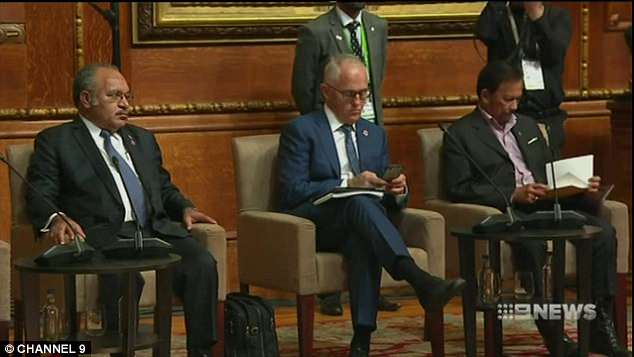 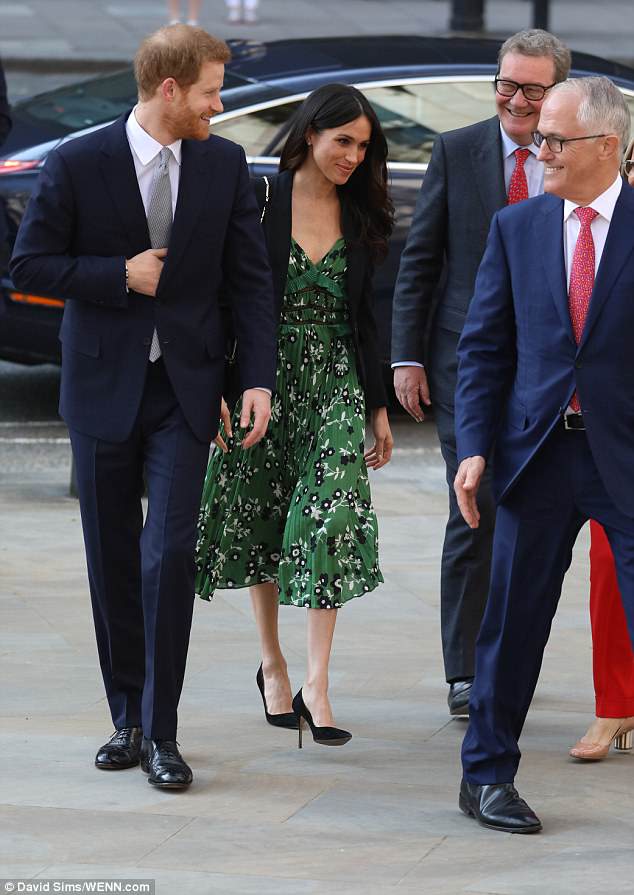 Mr Turnbull has been in London for a whirlwind trip for the Commonwealth Heads of Government gathering.

On Saturday, he posted a photo of himself shaking the Queen’s hand on Instagram, describing the ‘productive’ few days he’s had in London.

‘I’ve just wrapped up a really productive few days at CHOGM in London,’ he said. 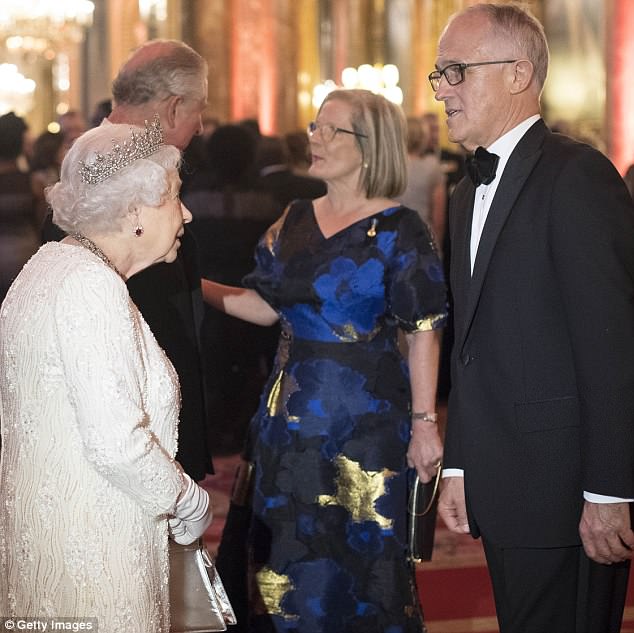 ‘Working with other heads of Government, we are focussed on ensuring the security and prosperity of all countries right across the Commonwealth.’

Social media users slammed his use of the mobile phone during the meeting, calling for his phone to be banned.

‘Too busy to represent Australia,’ one person commented.

Another social media user said: ‘He should be banned from having his mobile phone whilst in any official meeting.’