Explicit pictures of female students from two universities in Aberdeen have been shared in a ‘men’s only’ Snapchat group called ‘the Brohood’.

The group encourages male students to ‘share, receive and enjoy the filthy girls of both Aberdeen universities with their fellow lads’.

Intimate photos of women studying at Aberdeen and Robert Gordon University are being shared in the group, which has sparked outrage among students and staff.

It comes in the same week that two male students were banned from returning to Warwick University after sending messages that endorsed raping their female peers.

One student in Aberdeen said he was horrified to receive a message from ‘The Brohood’ that read: ‘Join the Brohood. Men’s only 18+ secret group for the select few.

‘Share, receive and enjoy the filthy girls of both Aberdeen universities with your fellow lads. Don’t ruin the fun – keep it secret.’

The 19-year-old received the message from a member identified only as ‘nobouri94’.

He shared the message online with a warning for his female counterparts to ‘watch out’.

He raised concerns about how far the network extends and said: ‘The person who contacted me must have searched for students in Aberdeen to add, as I have no idea who it is and quite a lot of people have had this message.

‘It seems the same text has been sent through different names and different accounts, as a few pals got it too.

‘I think it is vile and I hope that putting this out there will stop people from doing it.’ 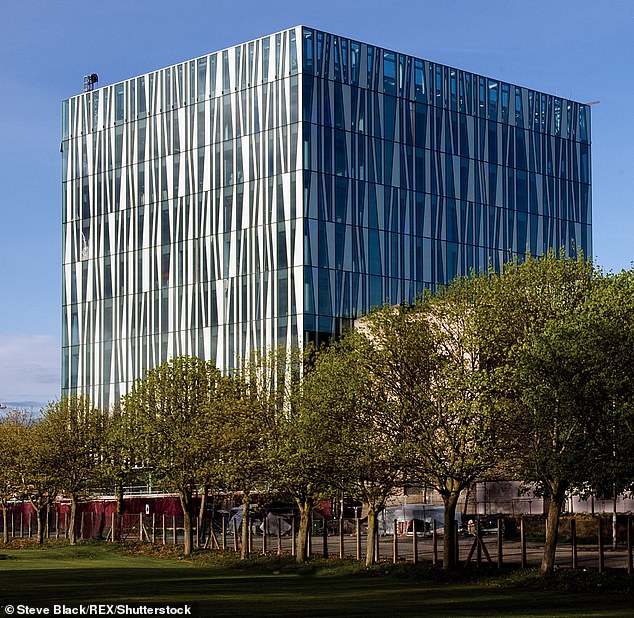 Local councillor Catriona Mackenzie, who went to both universities, called for those behind the group to be expelled if they turn out to be students.

She said: ‘I am disgusted to hear that this group exists and think the individuals behind it are pathetic.

‘I have the deepest sympathy to any victims of this perverted and exploitative behaviour.’

An Aberdeen University spokesman said: ‘We would urge anyone who has been affected to get in touch with our student advice and support team, where confidential professional advice and support is available in person, by phone or online.’

A Robert Gordon spokesman added: ‘We have been made aware of this situation and will assist the authorities in any investigation.

‘There are support services available to any of our students who may have been affected.’ 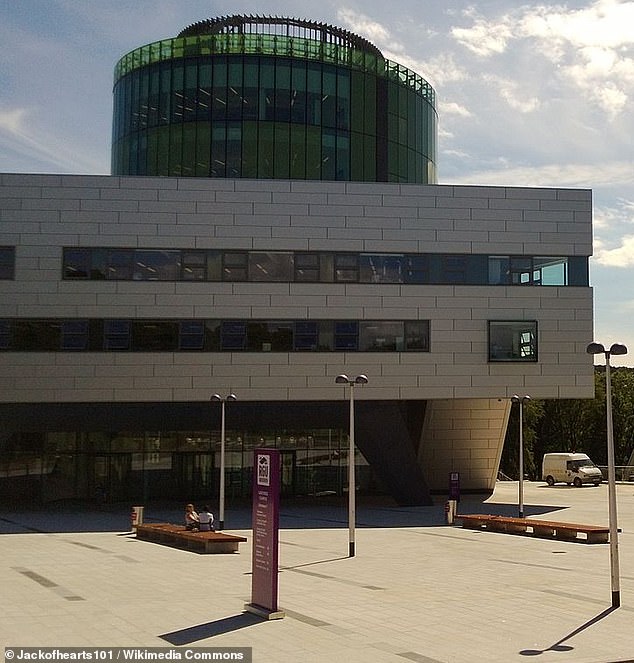 Aberdeenshire East MSP Gillian Martin has campaigned for tighter safeguards on Snapchat and said she was ‘appalled but not surprised’.

She added: ‘The taking and sharing of intimate photographs without consent puts these people in a precarious position legally.

‘I’d question those indulging in this whether it’s wise to jeopardise their future by being part of such groups.’

Under the Communications Act it is illegal to disclose private sexual images without the consent of the person in the image.

A Police Scotland spokesman told MailOnline: ‘Having become aware of the snapchat message we will work with the two universities to carry out appropriate enquiries.’ 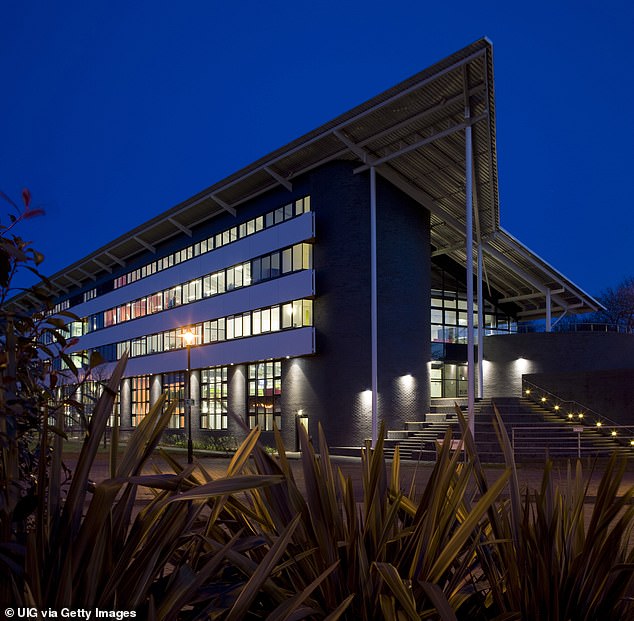 Female students in Warwick were outraged this week when two of their male peers who sent offensive messages had their campus bans reduced from 10 years to one.

In a statement released on Monday university vice chancellor Stuart Croft confirmed the two male students will not be coming back.

They were initially banned for 10 years, but had them reduced after launching an appeal.

The tweets were first reported by Warwick University newspaper The Boar last year after it obtained screenshots of the group chat.

Graphic messages encouraged members to rape specific students, as well as ones including anti-Semitic and racist language.

After a university investigation five students were suspended. Two were banned for 10 years, two were excluded for one year and one was given a lifetime ban. 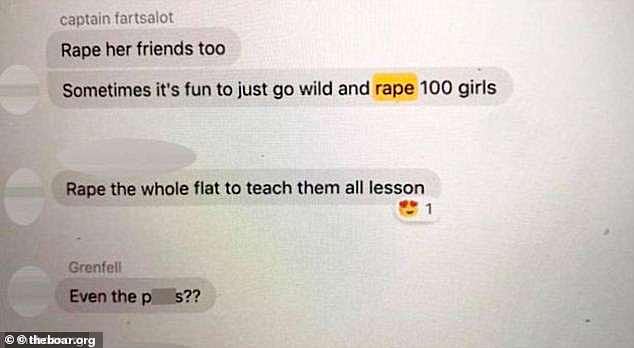 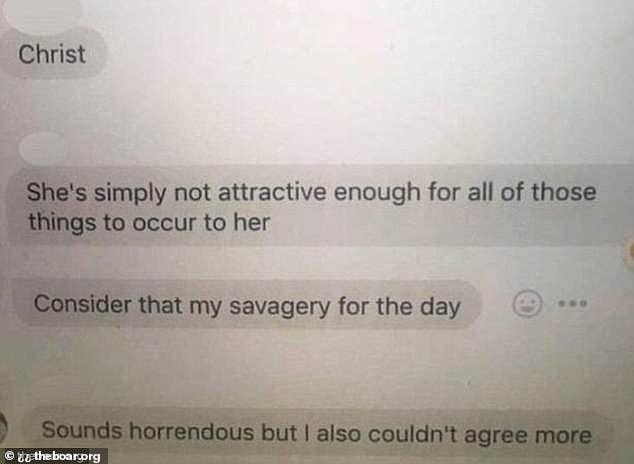