Barrack and Michelle Obama’s eldest daughter Malia took time out of her busy school schedule to revel in the sunshine at a beach in Miami on Saturday.

Her British beau Rory Farquharson wasn’t anywhere to be seen, but the former First-Daughter didn’t seem to be too lovesick as she smiled and posed for photos beneath her beach umbrella.

In honor of the President’s Day bank holiday weekend, Malia took time out of her busy Harvard schedule to enjoy some south Florida sunshine 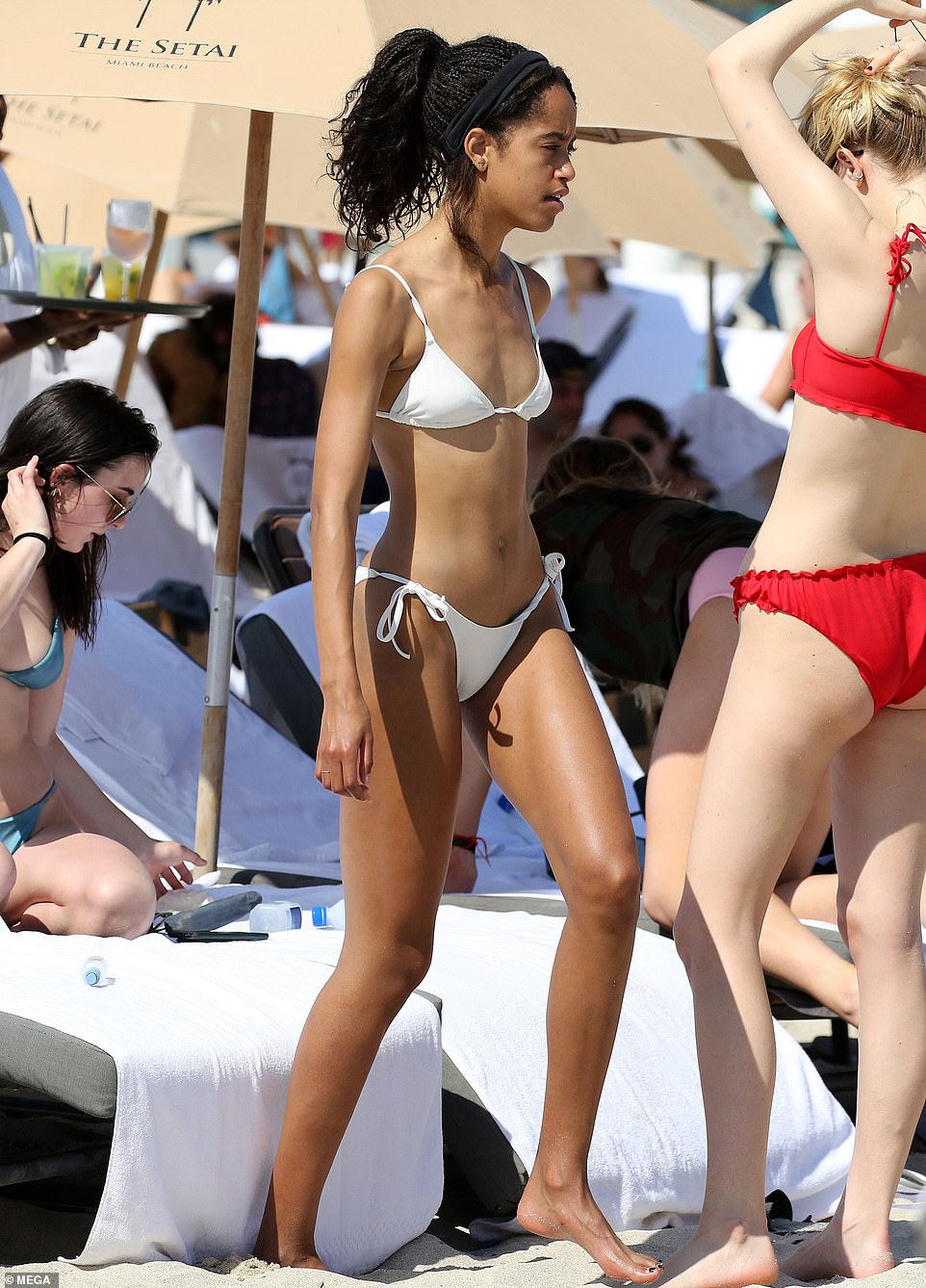 Dressed in a stylish bikini, the 20-year-old swapped out Massachusetts’ chilly conditions for Miami’s 70 degree heat on Saturday 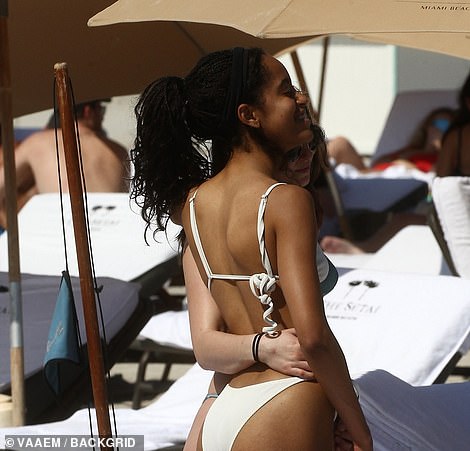 Clad in a stylish white bikini, the 20-year-old double-fisted two cold drinks to cool herself in the scorching 70 degree heat.

Since her family left the White House, Malia has enjoyed herself out of the spotlight, traveling around Bolivia and Peru, as well as working as interning at The Winestein Company film studios in New York.

In August, she was pictured snuggling up to her boyfriend of more than a year in a London Underground station, having met at college.

She commenced her second year at Harvard in the fall, and her younger sister Sasha will soon be heading off to college too.

A coy photograph posted to Sasha’s Instagram story suggested she won’t be following in Malia’s Ivy League footsteps, and is instead set to enroll at the University of Michigan later this year.

The two sisters made history in 2009 when they became the first ever African-American First-Children. 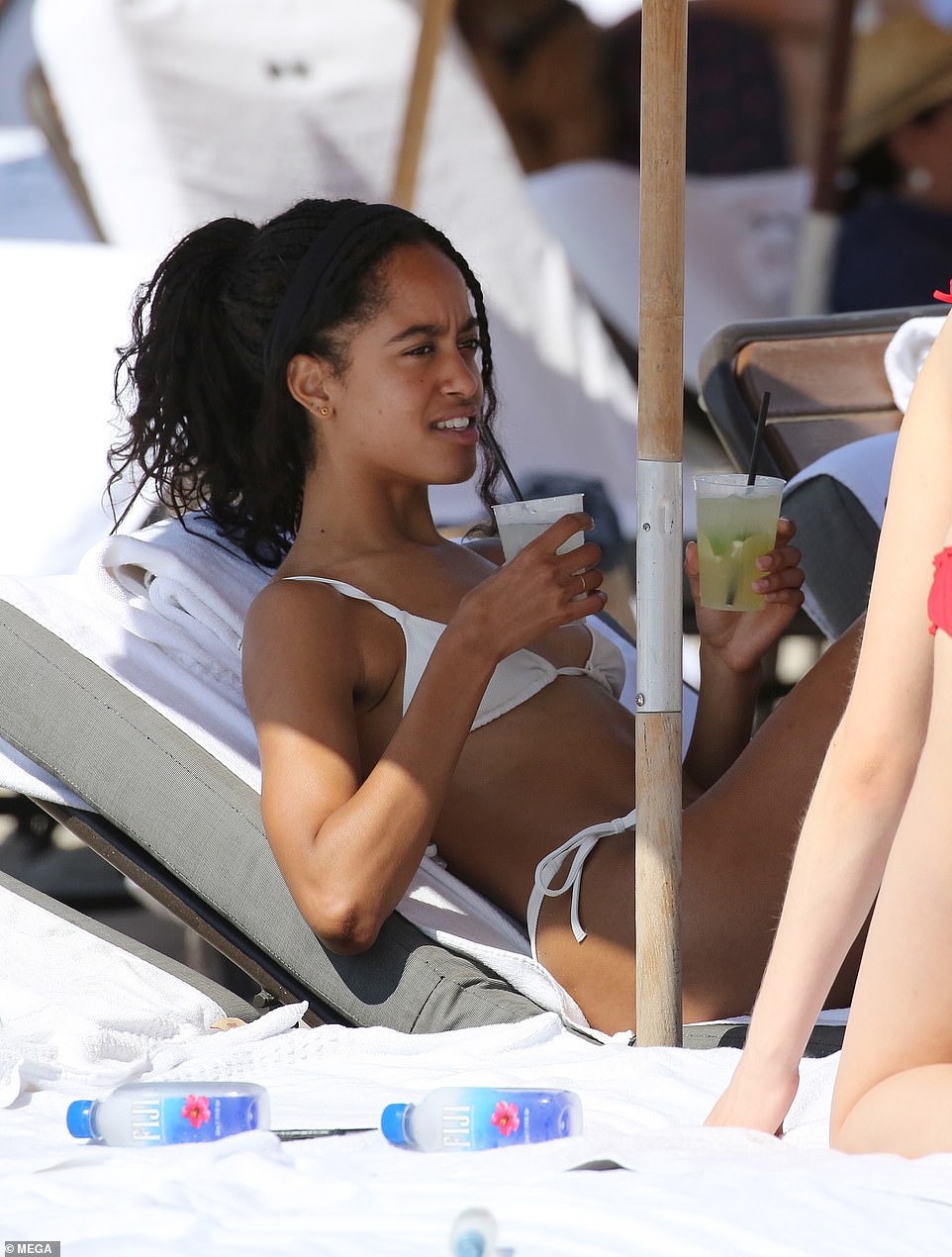 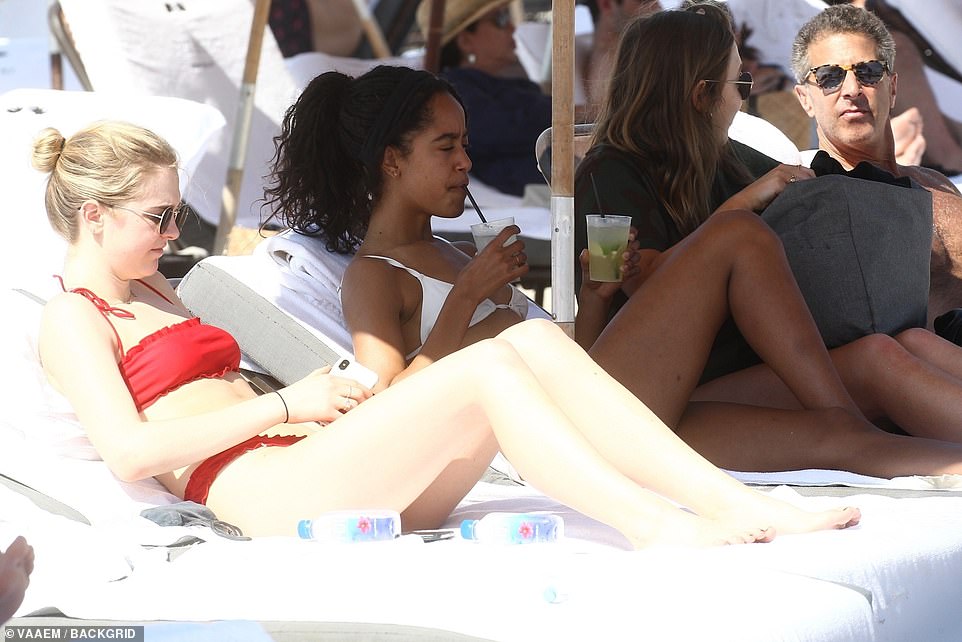 Her English beau Rory Farquharson wasn’t anywhere to be seen, but the former First-Daughter didn’t seem to be too lovesick 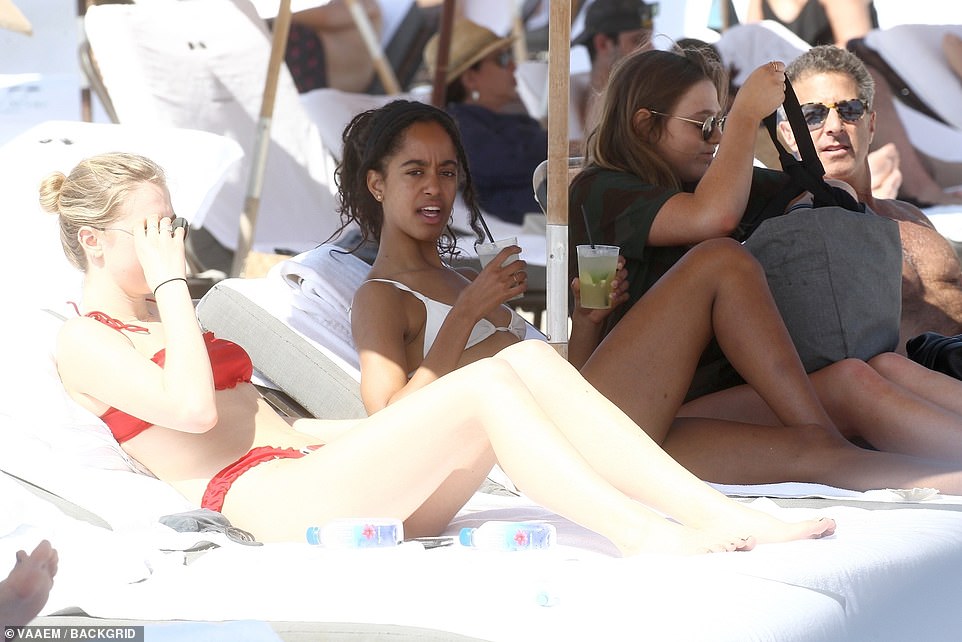 The eldest daughter of Barrack and Michelle, Malia has enjoyed her freedom since her family left the White House, embarking on a number of trips 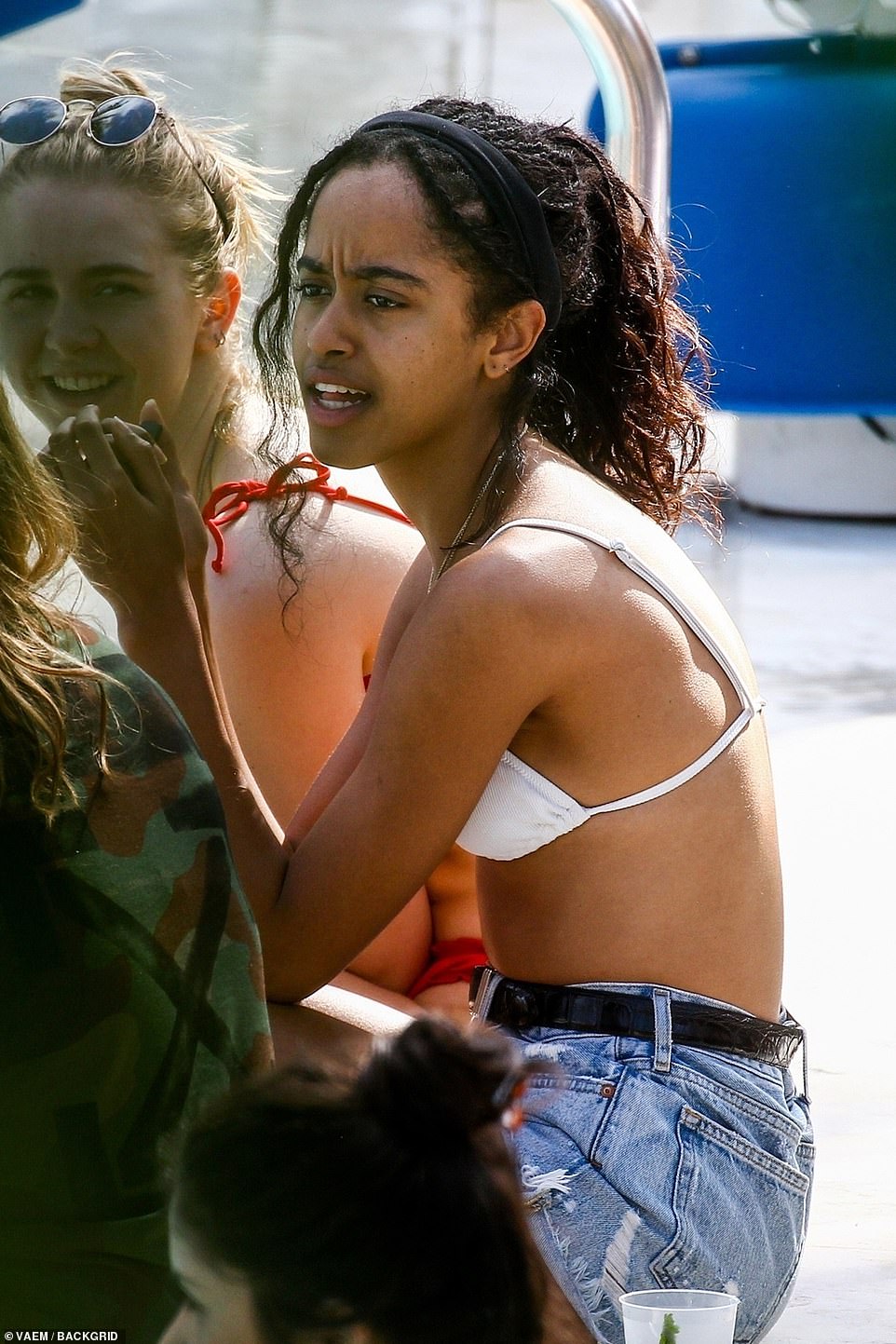