Malin Akerman is feeling festive… in more ways than one this weekend.

With Halloween fast approaching and her eight-year-old son at home ready to celebrate the spooky holiday, the 27 Dresses star headed out to find that perfect pumpkin for their Los Angeles abode on Sunday.

She also hooked up with some of her gal pals for what was described as a ‘girls night birthday party’ on Instagram, which appeared to have a common fashion theme.

Halloween spirit: Malin Akerman, 43, stepped out to buy a pumpkin in the Los Feliz neighborhood of Los Angeles Sunday afternoon

After haggling over a plethora of choices while in the Los Feliz neighborhood, the Swedish-Canadian actress picked out a pumpkin that was a nice size, but not too big that she couldn’t carry it herself.

The Billions actress kept it casual in the fashion department in denim blue jeans, with a hole at each of the knees, and a faded black t-shirt with a motorcycle on the front of it.

She rounded out her all-American look with a pair of old brown cowboy boots, and her blonde tresses styled long, just past her shoulders, and slightly unkempt. 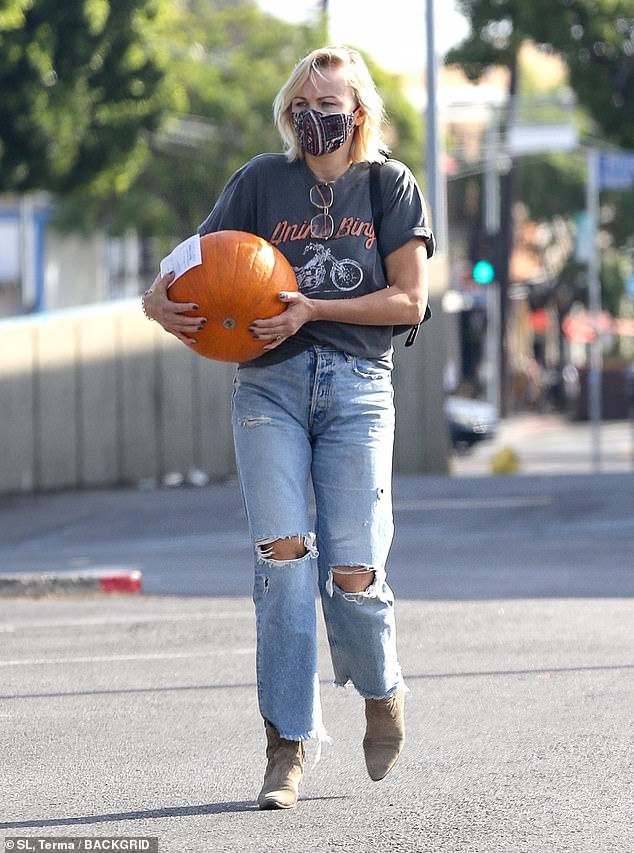 Casual-cool: The Billions actress wore denim blue jeans, with a hole at each of the knees, with a faded black t-shirt with a motorcycle on the front, and cowboy boots

Due to the ongoing health concerns of COVID-19, Akerman made sure to wear a protective mask over her mouth and nose while out in public.

Earlier on Sunday, Akerman posted a photo that was taken during the weekend birthday bash, which included herself and friends Shannon de Laat, Rachelle Lefevre, Chrtine Turner, Sueann Cho Fortener and Samantha Gutstadt.

‘We bring our own pizzaz,’ she declared, before adding each of the ladies’ social media handles, ‘hbd @shannondelaat w @rachellelefevre @christineaturner @focho @gutstadt’ and the hashtags: ‘#girlsnight #party #birthday’ 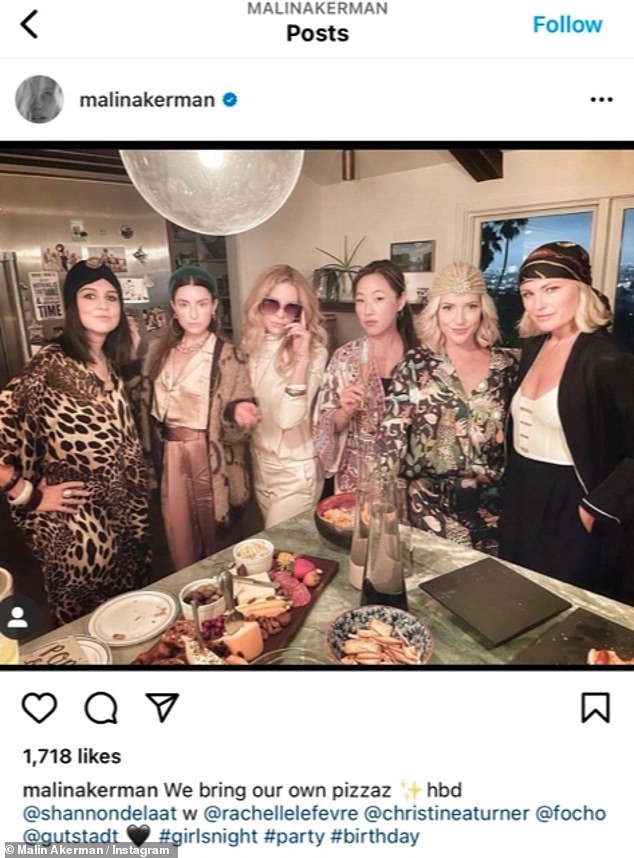 Festive weekend: Earlier on Sunday, Akerman posted a photo of herself and five gal pals at a birthday party that she described as a girls night birthday party; the 27 Dresses star (far right) is pictured with (l to r) Shannon de Laat, Rachelle Lefevre, Chrtine Turner, Sueann Cho Fortener and Samantha Gutstadt

Each of the ladies appeared to be wearing similar ensembles, many of which consisted of loud prints and, in some cases, headdresses.

Akerman co-parents her son Sebastian with her ex-husband, musician Roberto Zincone. The former couple met when she was the lead singer for the band, The Petalstones, for which he served as the drummer.

They split in 2013, after about six years of marriage, just months after she gave birth to their boy. Their divorced would end up being finalized the following year. 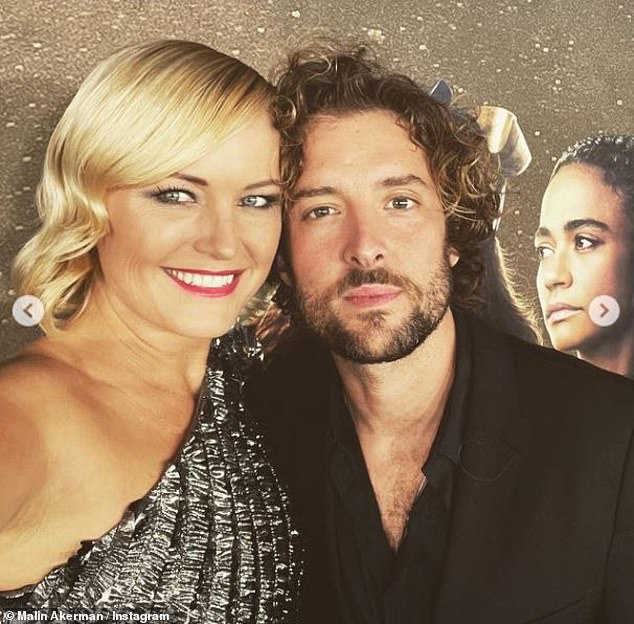 Her man: Akerman has been married to British actor Jack Donnelly in 2018; they were friends  for a number of years before they decided to start dating

Akerman has since moved on and married 35-year-old British actor Jack Donnelly, who’s best known for his role in the BBC series Atlantis, in a Mexican ceremony in December 2018.

The couple had been friends for many years before they decided to add some romance to their relationship in early 2017. 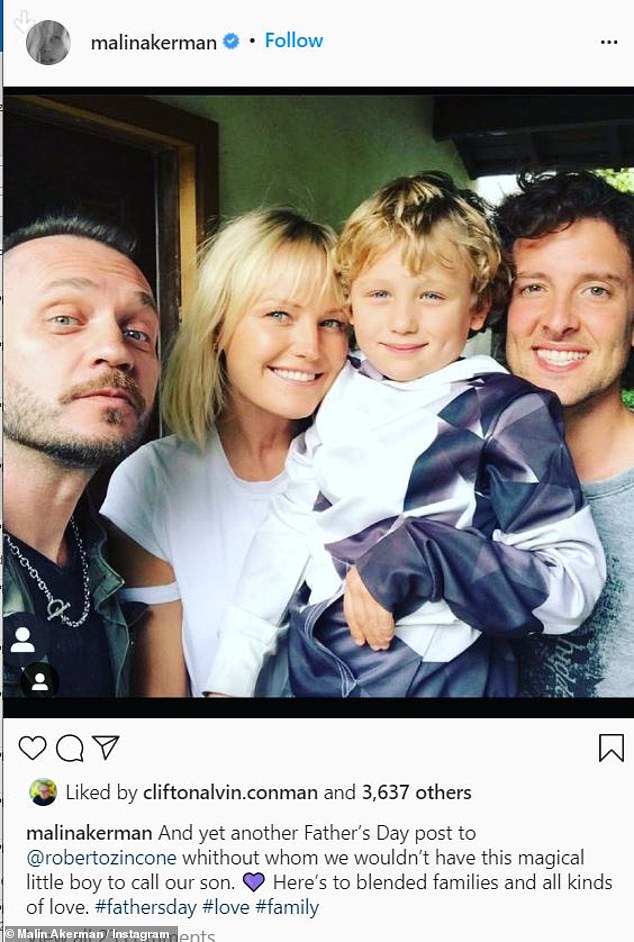