Ian Baraclough recorded his first win as Northern Ireland manager inside 90 minutes as they eased to a 3-0 friendly win over Malta in Austria.

After Jordan Jones capitalised on a defensive mistake just two minutes in, quick fire second-half goals from Gavin Whyte and Ali McCann effectively ended the game as a contest.

It was not always convincing against a side ranked 175th in the world and dealing with a host of problems coming into the game, but the experienced side chosen by Baraclough ultimately got the job done in a fixture hastily arranged after a planned trip to Turkey fell victim to the pandemic.

Baraclough had a number of fresh faces in his 22-strong squad for the game, but they were all made to wait on the bench as he picked a strong side including Stuart Dallas as captain, Craig Cathcart, Paddy McNair and Josh Magennis.

Meanwhile Malta coach Devis Mangia had expressed concerns over the fitness of his squad, made up almost entirely of domestic-based players at a time when the Maltese Premier League has been suspended since March.

And there was certainly a large degree of rustiness in the awful clearance played by Ferdinando Apap, once of Sheffield FC in the Northern Premier League, as he inadvertently played in Jones on the edge of the area with barely 90 seconds gone. 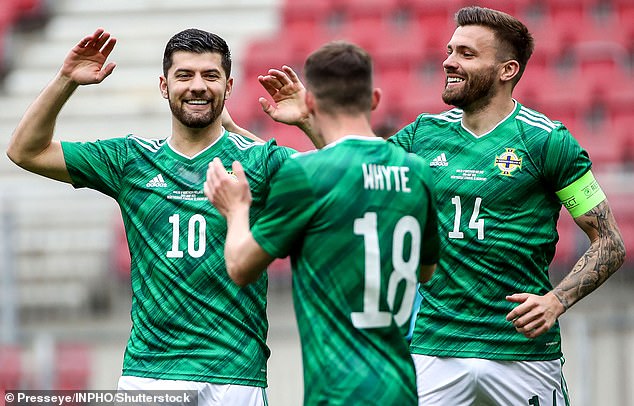 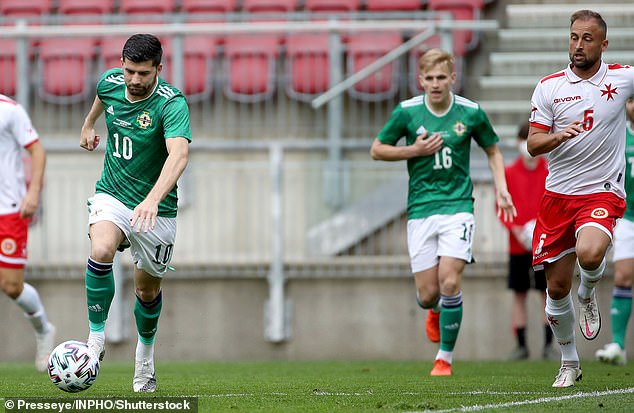 The Rangers winger duly punished the mistake as he fired beyond Henry Bonello for his first international goal.

It was Northern Ireland’s first first-half goal in their last 10 internationals, but hopes that it could spark a free-scoring 45 minutes would be dashed.

Malta offered up chances, with another defensive mix-up between Kurt Shaw and Teddy Teuma almost letting in Whyte before Shaw fouled the on-loan Hull forward to concede a penalty.

However Magennis went for power over placement and saw his spot-kick saved by Bonello.

As Northern Ireland passed up chances, Malta steadily grew into the game, threatening as Luke Montebello hit the side netting before Shaun Dimech poked wide.

Malta had the edge in possession, and Northern Ireland were struggling to make what they had pay as they repeatedly ran into traffic or got caught offside with their opponents defending in numbers and then looking to break. 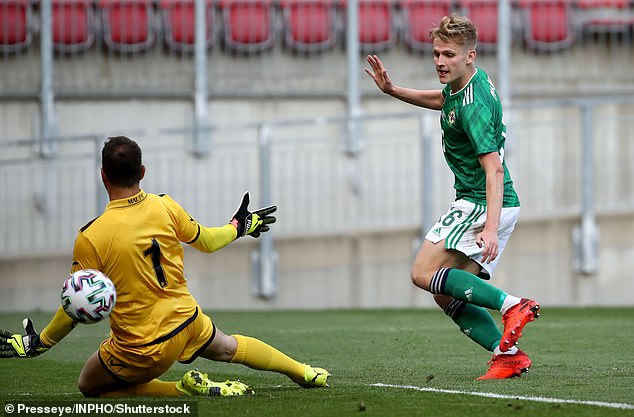 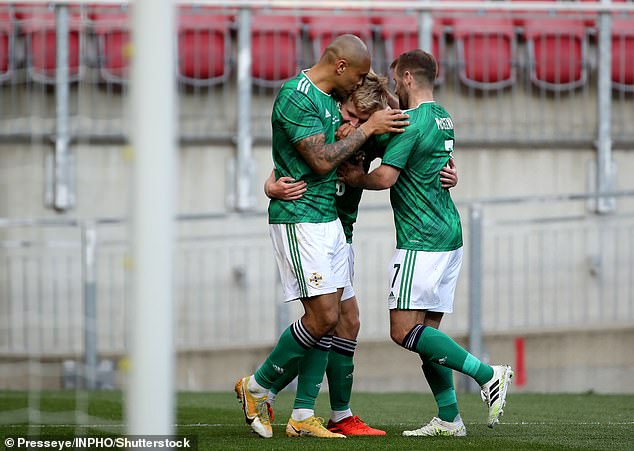 Dallas, captaining the side for the second time, had been largely unable to influence the game from a central position but he got himself an assist when Northern Ireland doubled their lead seven minutes into the second half.

Shaw could only clear Jones’ cross as far as the Leeds man, who quickly fed Whyte to fire home.

And Dallas was involved in the third moments later as his flick found the run of McNair, who fed McCann to finish the job.

The tempo dropped as the substitutions began, with Accrington striker Dion Charles earning a second cap while there was a late debut for 17-year-old Liverpool defender Conor Bradley, who came on alongside Alfie McCalmont with five minutes remaining.

Baraclough will know that such a performance would not have sufficed had the Turkey match gone ahead, and more will be needed when they take on Euro 2020-bound Ukraine in Dnipro on Thursday.

But with the World Cup qualifiers against Lithuania and Switzerland looming in September and after a long wait for both a victory and for goals – with this the first time they had more than one in a match during his tenure – Baraclough will surely draw plenty from the result.