Man, 22, is shot dead by ‘member of a Fresno, California juvenile gang’ at his own birthday party

A California man was shot dead at his own 22nd birthday party in the early hours of Sunday morning after five gang members gate crashed then opened fire.

The boys – all believed to be juveniles – did make an exit but returned 10 minutes later and one pulled out a handgun which was fired into the ceiling.

In the 2.30am incident, Polin heroically tried to wrestle the suspect amid the chaos at the gathering of about 60 people on East Pico Ave.

Nicholas Polin, 22, was shot dead at his own birthday party on Sunday in Fresno, California 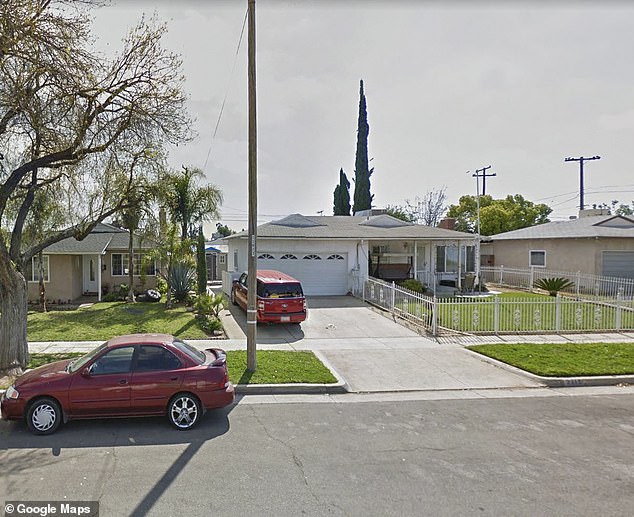 Five ‘bulldog gang members’ showed up at a house no Pico Avenue but were asked to leave. They left and returned 10 minutes later when a juvenile fired a gun at the ceiling 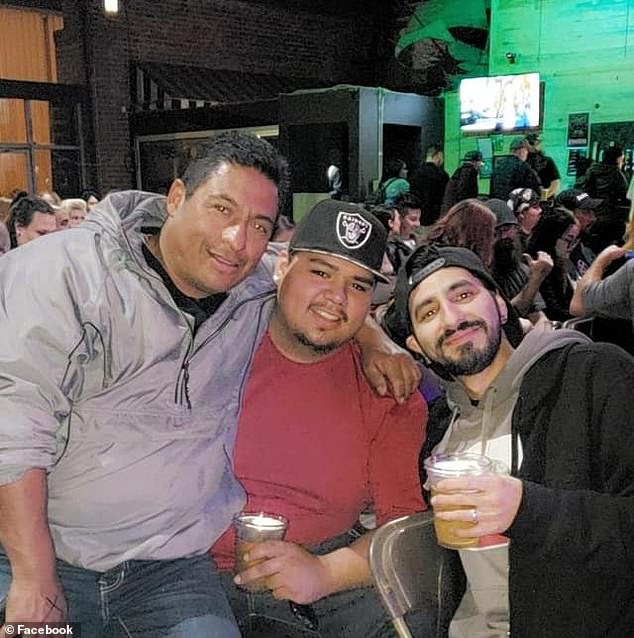 Polin bravely tackled the suspect who then fired rounds into him. Partygoers tackled the gunman and beat him up, leaving him with head injuries

However, the gunman was able to pull away and responded by firing rounds into Polin.

Several others at the party tackled the assailant and ‘physically assaulted him repeatedly’ but he was able to flee.

An individual who law enforcement believes is responsible was detained shortly afterwards however and it was the head trauma that helped them make the link.

At 3.45am a call was made about a 16-year-old Hispanic male who had arrived at Saint Agnes Medical Center with significant head wounds.

‘We believe it was this 16-year-old who was at the party, shot Nicholas Polin and he was struck multiple times on the head requiring him to have medical treatment,’ Chief Dyer said at a press conference on Sunday.

The chief said the male suspect was possibly struck with an object or bottle to receive such injuries. 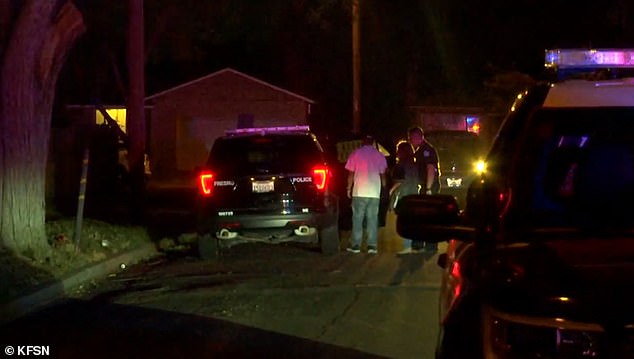 The suspect was able to break free and flee the scene of the 2.30am incident 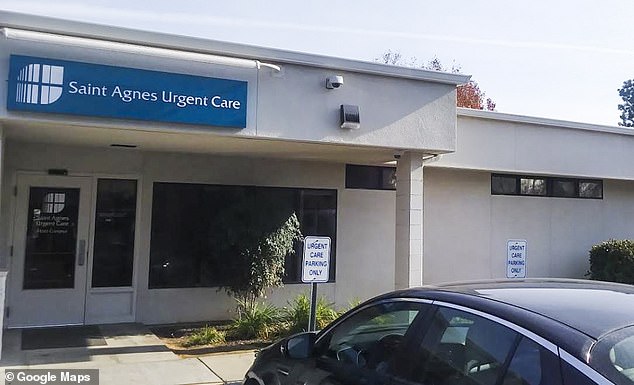 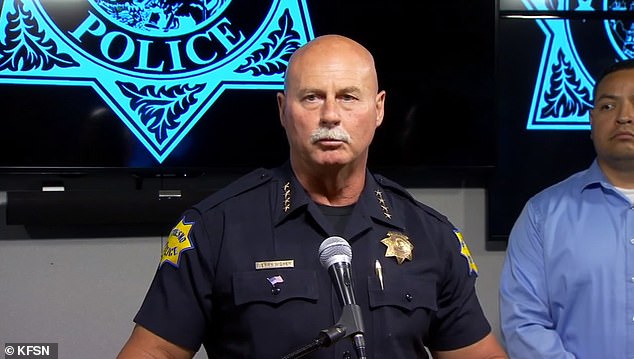 ‘We believe it was this 16-year-old who was at the party, shot Nicholas Polin and he was struck multiple times on the head requiring him to have medical treatment,’ Chief Jerry Dyer said

He was treated, detained by law enforcement and is at headquarters while police actively pursue leads.

It’s unclear why the gang showed up at the home but police said it’s possible they knew someone at the party or had heard about it via social media.

Fresno Police opined that they arrived with an intention to harm somebody.

‘We’re dealing with individuals who have a different mentality. They would not have a firearm unless they intended to use it,’ Dyer continued. ‘They really don’t care about the outcome.’

He noted that the department has seen children as young as 13 years old being recruited by 16-or-17-year-olds and said the base recruitment age is getting younger and younger.

Adding that those entering gangs in the city are influenced by those around them and even their families, Dyer warned it’s why Fresno Police operated a big brother/big sister program ‘to reach these kids at a young age’.

‘Everyone trying to reach youth before they get steered into a life of gangs because once they do this is what we see,’ Dyer added.

His sister Shayna described the victim as ‘a wonderful pure spirited young man’.

Relatives asked for financial help via a GoFundMe page on Sunday.

The crowdfunding page description read: ‘This unexpected tragedy has affected the family and many others, all we ask is for any type of charitable donation to cover the cost of nikos funeral. Thank you all, he will be greatly missed, we love you Niko.’

Polin’s devastated cousin, Desiree Torres, also shared a message on social media: ‘This s**t hurts so much you didn’t deserve nun of this nico you where the most sweetest person ive known know I will always love you forever cuzzin I’m so f**king hurt rite now.’

Polin’s cousin Sabrina said Polin was always there for her.

‘Not only was he my cousin he was my brother and best friend. He’s always been by my side since day one. He was my right hand and I was his,’ Sabrina posted online alongside a picture of them together. ‘I just wanna wake up tomorrow open my door and hear him snoring in the room right across from mine. I want that more than anything in this world right now but I’ll never get that feeling again.

‘He showed to much love to be done like that and taken so soon. We walked this earth side by side until this morning i found myself walking alone.’

Anyone with information is asked to contact homicide Sergeant Chris Serrano on 559 621 2440. 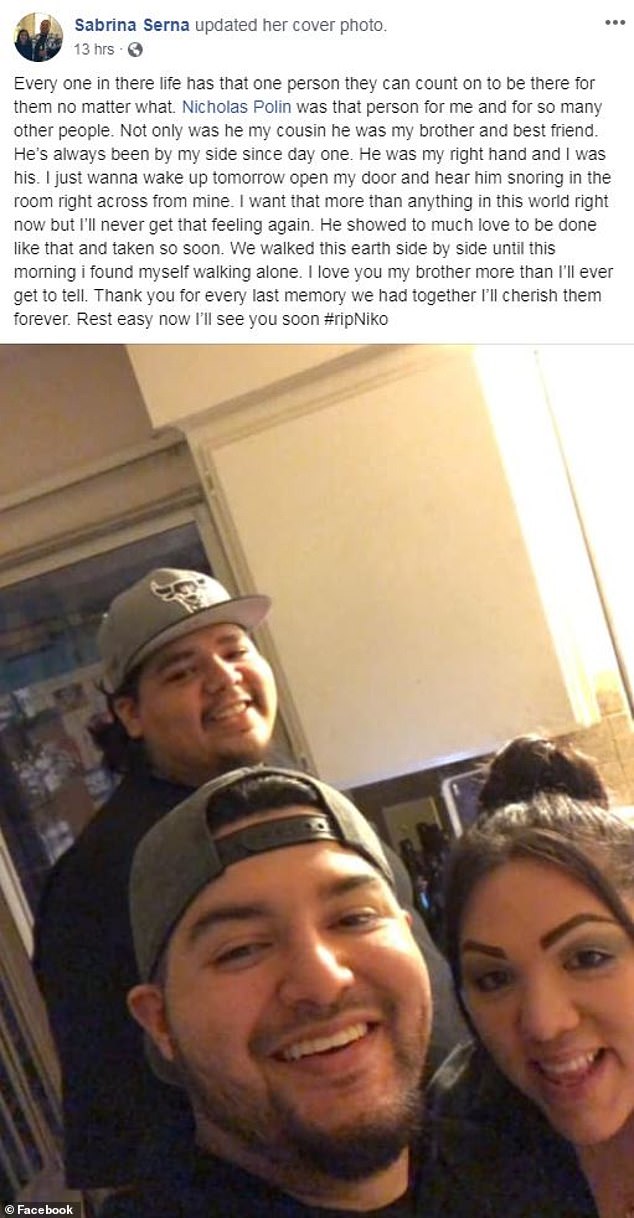