Man, 27, is killed in knife fight as house party in east London ends in tragedy

A mass knife fight at a house party has left one dead and three wounded.

Seven men were arrested following the incident at a flat that neighbours said was often rented out for parties on the website Airbnb.

Officers were called at 8.48am on Saturday and the 27-year-old victim was pronounced dead an hour later.

The suspects are all in their 20s and include a 26-year-old who was himself taken to hospital after being stabbed during the fight in Whitechapel, east London.

Neighbours found a number of knives in the shared stairwell. One, who did not want to be named, said: ‘Police spoke to my dad and told him the flat where the stabbings happened had been rented out on Airbnb.’

However, Airbnb have confirmed that there was no reservation at the flat for the night in question through them.

Detective Inspector Will White of the Metropolitan Police said: ‘At this early stage we believe that the victim suffered the injuries that ended his life during a fight that broke out at a house party.’

The 27-year-old man died at the scene on Buckle Street, Whitechapel, the Metropolitan Police said. Pictured: police at the scene yesterday 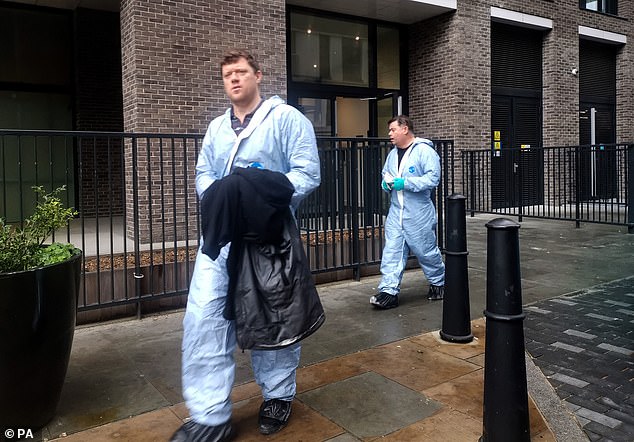 Seven men have been arrested on suspicion of murder and attempted murder after a man was stabbed to death at a house party in east London. Pictured (above) forensics at the scene

Six of the arrested suspects, aged between 23 and 29, are being held in custody, and one, aged 26, is in hospital after being injured in the incident.

The Metropolitan Police have appealed for any witnesses to come forward.

Detective Inspector Will White added: ‘Were you there when the fight started? Do you know what it was about?

‘I am keen to hear from anyone who was at the party in Buckle Street on Saturday.

‘Even if you think you have nothing to offer, please do make the call.

Three other men with stab injuries were treated at the scene and taken to hospital.

The day of attack a man in handcuffs was seen being led out of Blakeney Tower on Buckle Street by several police officers, and an inside door was covered in brown paper. 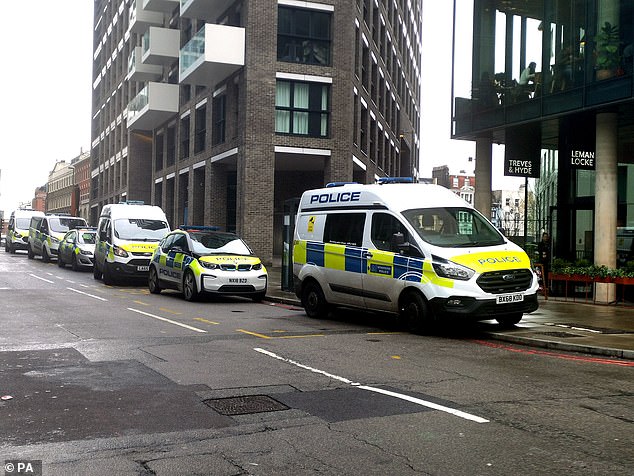 Police were called to a residential address on the road at 8.48am yesterday morning over reports of a stabbing 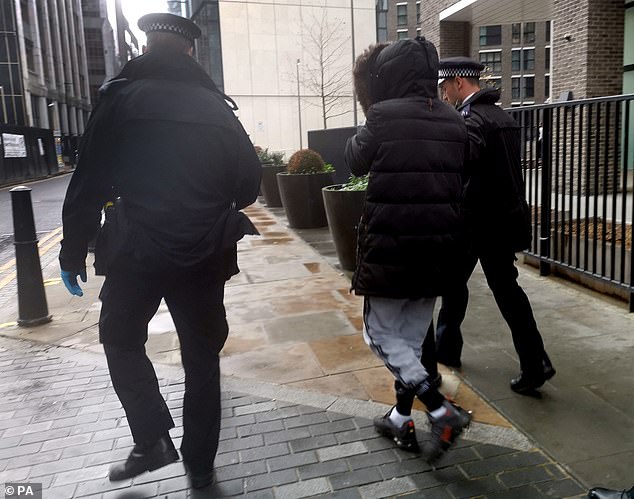 Yesterday a man was led away by police from Blakeney Tower on Buckle Street, Whitechapel, east London

A second handcuffed man was led out a few minutes later and taken away in a police van.

A forensics team was seen inside the lobby near the lifts, and officers were speaking to people as they entered and exited the building.

A resident, who did not want to be named, said: ‘Police spoke to my dad and told him the flat where the stabbings happened had been rented out on Airbnb.’

Mohammed Salik, 46, of Aldgate, east London, added: ‘I was coming back from morning prayers when I saw an argument near the lifts.

‘There were three women and two men. They weren’t being physical, just arguing with each other.’

A young child who lives in the apartment block told his family he saw ‘lots of knives’ on the stairs as he made his way to his Saturday Islamic reading class. 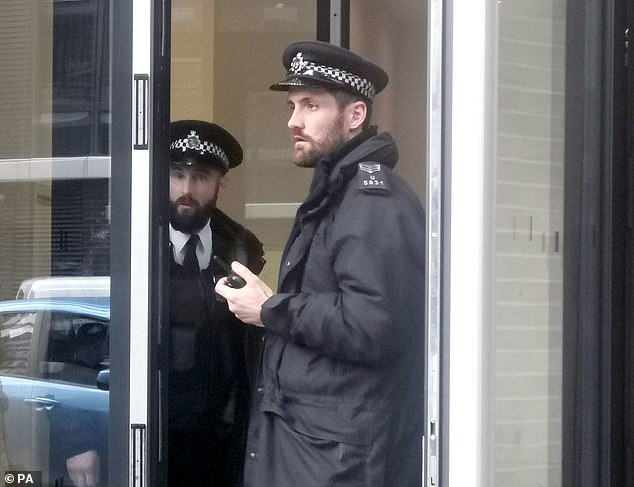 Police have asked anybody with any information, including pictures or video of the incident, to come forward 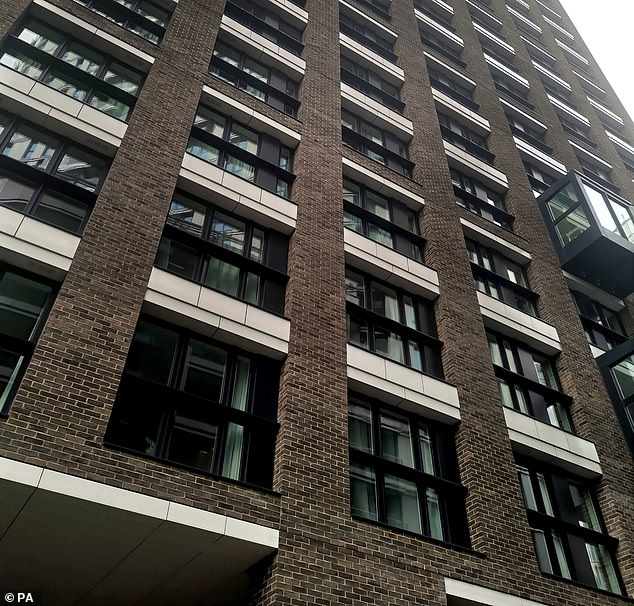 After the stabbing, eyewitnesses reported a ‘party-sized’ group of around ten people being ‘dragged from the building’.

A witness, who did not want to be named, added: ‘I was looking out of my window and saw police dragging a lot of people from the property. It was a party-sized amount of people.

‘I saw two men being handcuffed and being put into separate police vehicles and other people being interviewed on the pavement.

‘The forensics team were checking the hedges. I think they found a lot of knives.’ 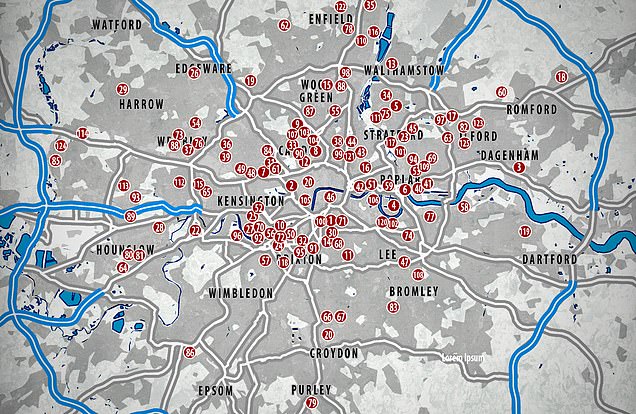 Anyone with information, pictures or video footage that could assist police is asked to call 101 quoting CAD 2060/23 Nov, Tweet @MetCC or call Crimestoppers anonymously on 0800 555 111.