Man, 29, accused of ‘repeatedly raping a child after breaking into her family home’ in Perth

PICTURED: Man, 29, accused of ‘repeatedly raping a preteen girl after breaking into her family home’ – as police reveal her father won’t be charged after stopping the ‘abhorrent attack’ and making a citizen’s arrest

By Wade Sellers and Kylie Stevens For Daily Mail Australia

The identity of the man accused of raping a girl under the age of 13 after he allegedly broke into her family home as she slept has been revealed.

Daniel Altieri, 29, has been charged with a string of offences after he allegedly invaded the home in Perth’s south on Saturday morning and repeatedly sexually assaulted the girl.

The father woke to the girl’s screams and ran into her room to allegedly find Altieri standing over her.

After a scuffle, he managed to hold Altieri down until officers arrived, police said.

Police are now praising the father for his quick-thinking and restraint.

Daniel Altieri, 29, (pictured) has been charged with a string of offences after breaking into the family home in Perth’s south on Saturday morning and allegedly raping a girl under the age of 13

‘Police haven’t revealed the age of the girl or the suburb where the assault allegedly took place to protect the victim’s identity,’ a police statement said.

The girl was rushed to hospital but has since returned home and is now under the care of her family.

Acting Assistant Commissioner Alan Morton called the assault ‘traumatic’ and confirmed the father will not be charged.

‘As a senior police officer, as a member of the community and as the father of a young child myself, my thoughts are with the victim and the family,’ he told Perth Now.

He was refused bail when he appeared in Perth Magistrates Court on Sunday and will appear again on March 18. 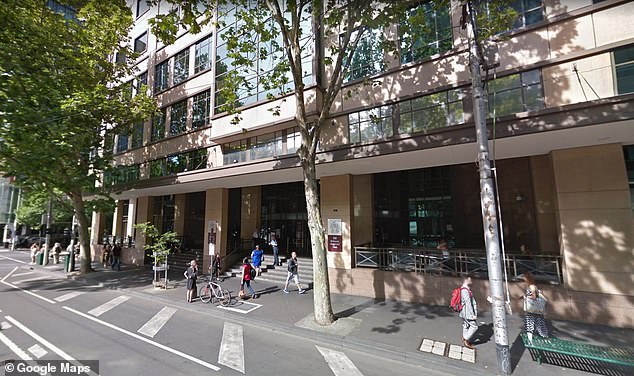