A 34-year-old man is now the sixth person charged by police for the murder of 19-year-old law student Aya Hachem.

Four men and a woman have already been charged with the murder of Aya Hachem, who was gunned down as she walked to a supermarket near her home in Blackburn on Sunday May 17, and the attempted murder of Pashar Khan, who police believe was their intended target.

Mr Hussain will appear before magistrates in Preston on May 25.

The five were remanded in custody to appear at Preston Crown Court on Wednesday.

Detective Superindent Andy Cribbin said: ‘Aya died a week ago today and a lot has happened in that time.

‘Our investigation has moved at a fast pace, which has seen us arrest 14 people and charge six, with one person being released no charge and the others either bailed or released under investigation.

‘But our inquiry is far from over. Our resolve and determination to get to the bottom of what happened and who was responsible for Aya’s needless and senseless death remains as strong as ever. 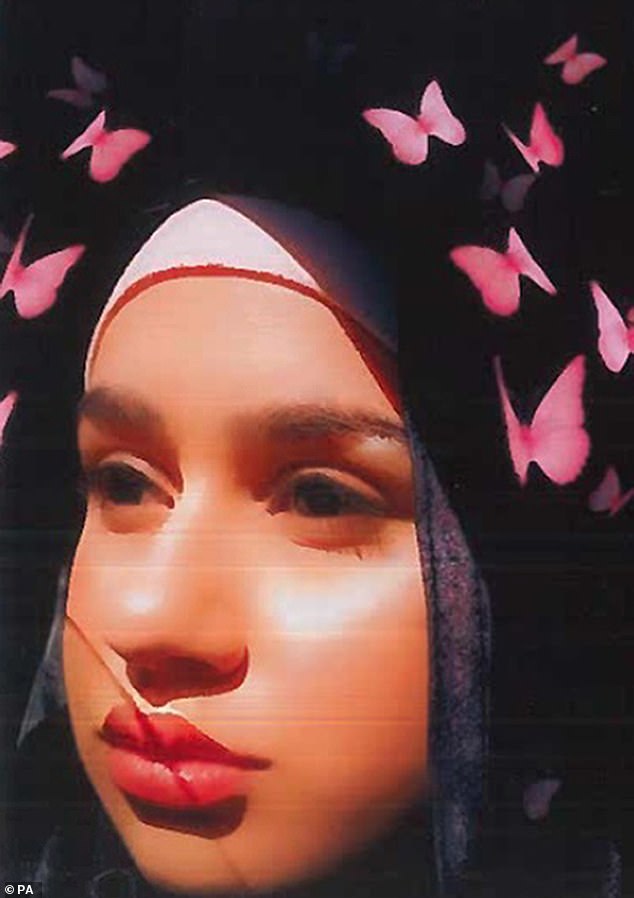 ‘I would like to thank Aya’s family and the public for their support, as well as the people who have been in touch with information and the many officers and detectives who are working extremely hard on this investigation.’

Aya’s father has also told how the family fled war-torn Lebanon in the hopes of finding safety in Britain ten years ago.

Innocent passer-by Aya Hachem was walking to Lidl supermarket near her family home in Blackburn when she was hit by a bullet fired from a passing Toyota car last Sunday.

The first of two shots struck a building but the second fatally pierced her chest.

Her father Ismail Hachem – a former soldier – arrived in England ten years ago as an asylum seeker. He was granted British citizenship last year. 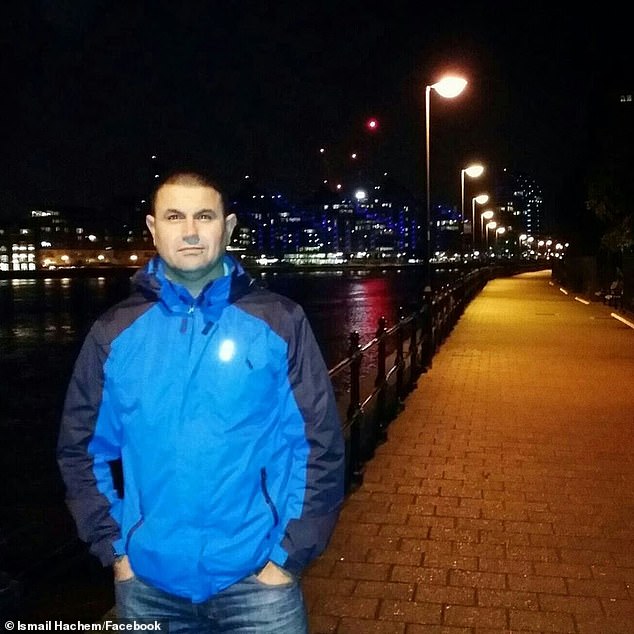 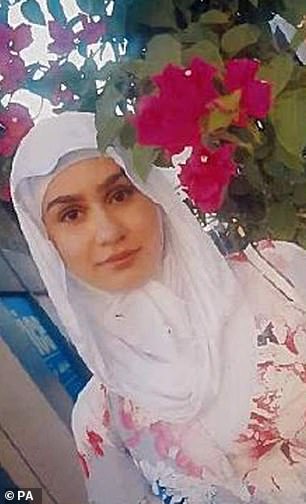 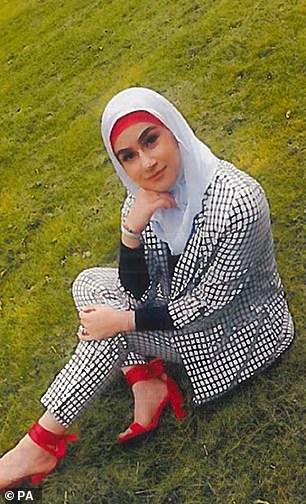 He said his family sought ‘to find safety’ after he was shot in the back.

He now questions how his family will ever feel safe again after the broad-daylight attack.

He told The Sun on Sunday: ‘Aya and her mother used to discuss her graduation dress. Instead her mother dressed her in her funeral dress.’

The family returned to Lebanon for the teenager’s funeral which was held in Qlaileh on Saturday.

Ms Hachem was a second year student at the University of Salford and the eldest of four siblings. 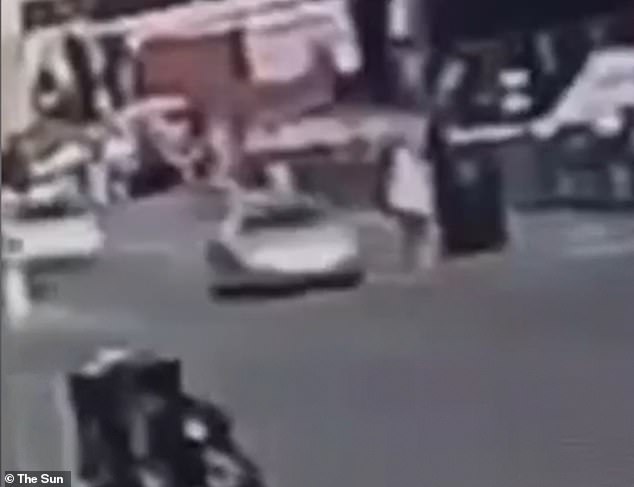 Ms Hachem, wearing a white top, stands a few yards from the Toyota which slowed beside her before several shots were fired on Sunday 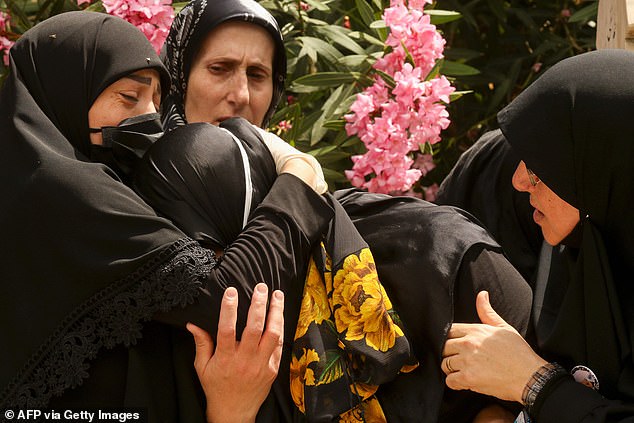 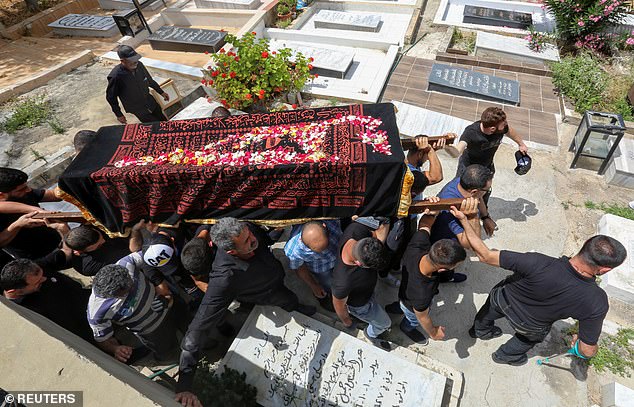 Paramedics battled to save the Children’s Society charity volunteer, but she died a short while after she was taken to hospital. Pictured: Her funeral on Saturday 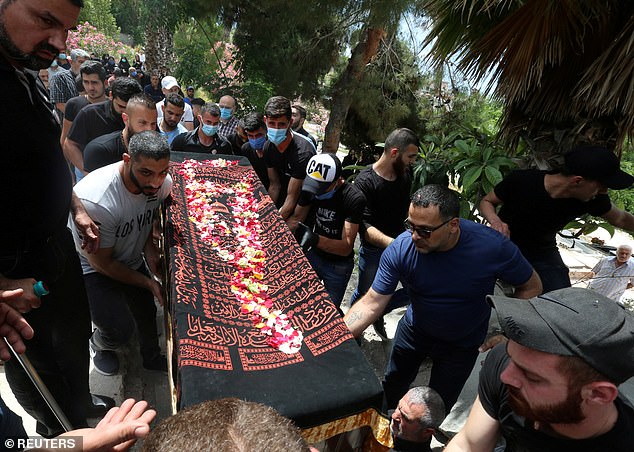 The teenager’s funeral was held in Qlaileh in south Lebanon on Saturday. Pictured: Her coffin is carried by relatives

Paramedics battled to save the Children’s Society charity volunteer, but she died a short while after she was taken to hospital.

It comes as four men and a woman appeared in court charged with her murder.

The defendants, from Blackburn and Great Harwood, spoke only to confirm their name and address when they appeared at Preston Magistrates’ Court.

The court was told that the allegations were so serious they could only be heard at the crown court and no applications for bail could be made.

The five defendants will appear for a bail application hearing at Preston Crown Court on Wednesday.

Police are continuing to appeal for information and anyone who can help or has video footage can send it to police at https://mipp.police.uk/operation/0401020120E05-PO1.

Anyone with other information can contact the force on 101, quoting log number 0412 of May 18, or anonymously via independent charity Crimestoppers on 0800 555 111 or online at crimestoppers-uk.org. 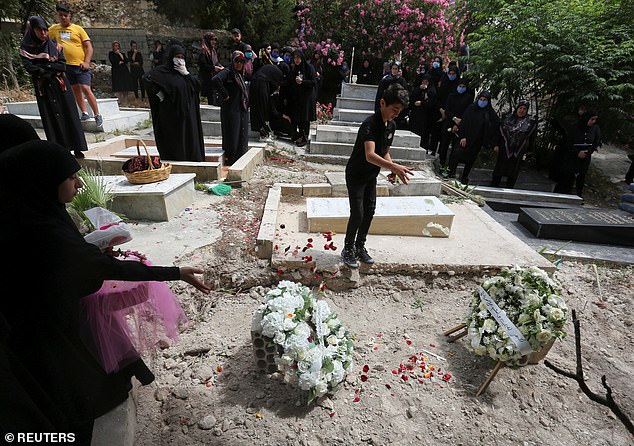