A California man has been sentenced to two years in prison for sexually assaulting an unconscious woman during a 2018 Norwegian Air flight from London to Seattle.

He was sentenced on Friday in a federal district court in Seattle.

During the sentencing hearing, U.S. District Judge Robert S. Lasnik described the crime as ‘an evil act… An awful, horrible, nightmare situation,’ according to a release from the U.S. Attorney’s Office in the Western District of Washington.

‘This defendant not only assaulted this young woman on the plane, his history shows escalating assaults on women even before this incident,’ said U.S. Attorney Brian Moran.

Babak Rezapour, 43, was sentenced to two years in prison for repeatedly sexually assaulting a 22-year-old woman on a Norwegian Air flight from London to Seattle in 2018 (stock image)

‘I commend this brave victim who has endured the pain of describing this crime to first responders, investigators, and ultimately to the jury.’

According to records filed in the case and testimony at trial, Rezapour repeatedly assaulted the 22-year-old woman on the 10-hour flight on January 10, 2018.

In sentencing documents, prosecutors showed that Rezapour had a criminal history that showed a pattern of sexual assault. In 2012, he was charged in a prostitution sting in California.

Just six months prior to the airplane assault, Rezapour was banned from a North Carolina resort hotel after allegedly molesting a hotel worker who was cleaning the men’s locker room. 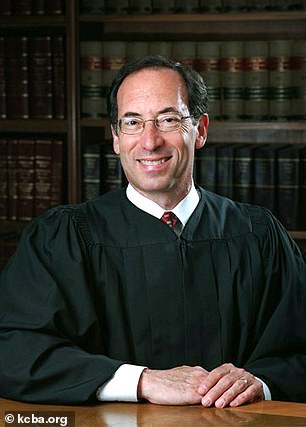 ‘These were not isolated incidents. They can credibly be interpreted as a continuing course of conduct reflecting an ongoing urge to sexually assault strangers in increasingly serious attacks,’ prosecutors said in their sentencing memo.

During the sentencing hearing, the young woman told Rezapour: ‘You saw me as an object and took from me whatever you wanted… You made me distrust every man in my life…. You made me feel less than what I was.’

Once his prison sentence is complete, Rezapour will have to register as a sex offender.

A jury deliberated for more than two hours following a five-day jury trial in which Rezapour denied the claims he repeatedly assaulted the woman on the flight.

According to records filed in the case and testimony at trial, Rezapour repeatedly assaulted the 22-year-old woman on the 10-hour flight on January 10, 2018.

The female passenger had taken prescribed anti-anxiety and anti-nausea medicine and drank two glasses of wine, including one purchased for her by Rezapour, court documents said.

Afterward, she ‘described feeling hazy and had difficulty remaining awake.’

According to court records and testimony presented at trial, the victim repeatedly awoke up to find Rezapour groping her under her bra, rubbing her thighs and feet, touching her genitals or placing her hand on his exposed penis.

The man used his jacket to shield what he was doing from other passengers.

The complaint states that a Norwegian Air crew member later found the woman ‘visibly shaken and crying’ while crouched near the restrooms. The woman told the crew member what happened, and she was moved to the front of the plane, documents said.

One crew member questioned Rezapour, who asked if he could apologize to his seatmate. When asked why he would need to apologize, he said he might have accidentally kicked her, the complaint said.

Police met the plane upon landing; Rezapour denied that he had touched the woman but witnesses said otherwise. Lab tests later showed that his DNA was inside the woman’s underwear, according to the court records.

Passengers who testified at trial described seeing Rezapour move into the seat next to the victim, contradicting his statements to police that he had stayed in his aisle seat with an open seat between them.

In multiple statements to different investigators following the incident, Rezapour changed his story.