Career criminal, 50, is charged with the 1986 murder of a woman who was found stabbed to death in her apartment just a mile away from where he lived

Investigators in Florida have arrested and charged a 50-year-old man with the 1986 cold case murder of a woman who lived just a mile from him at the time.

He has been charged with the murder of 38-year-old of Eveline Aguilar, whose body was discovered on July 14, 1986.

Aguilar had multiple cuts and stab wounds to her upper body and hands.

Sheriff Dennis Lemma described it as a ‘brutal homicide and sexual battery’.

Authorities revealed that Emitt had never been a suspect in the case, but he did live about a half a mile away from the victim’s apartment at the time.

Aguilar’s case went cold for nearly 32 years until it was reopened in May 2018 after evidence samples from the case were resubmitted to the Combined DNA Index System (CODIS) national database.

Authorities said Emitt’s palm print had been found on a window sill at the time of Aguilar’s murder.

A window pane was smashed to gain entry to the apartment, according to Lemma.

Authorities said a warrant for his arrest was obtained after the evidence samples pointed to Emitt.

Investigators said a DNA analysis was performed that matched a sample voluntarily submitted by Emitt in 2005 for a Melbourne Police Department case.

‘He was not arrested in the Melbourne PD case; however, through the CODIS match, Emitt was identified as the suspect responsible for Aguilar’s death,’ police said in a statement. 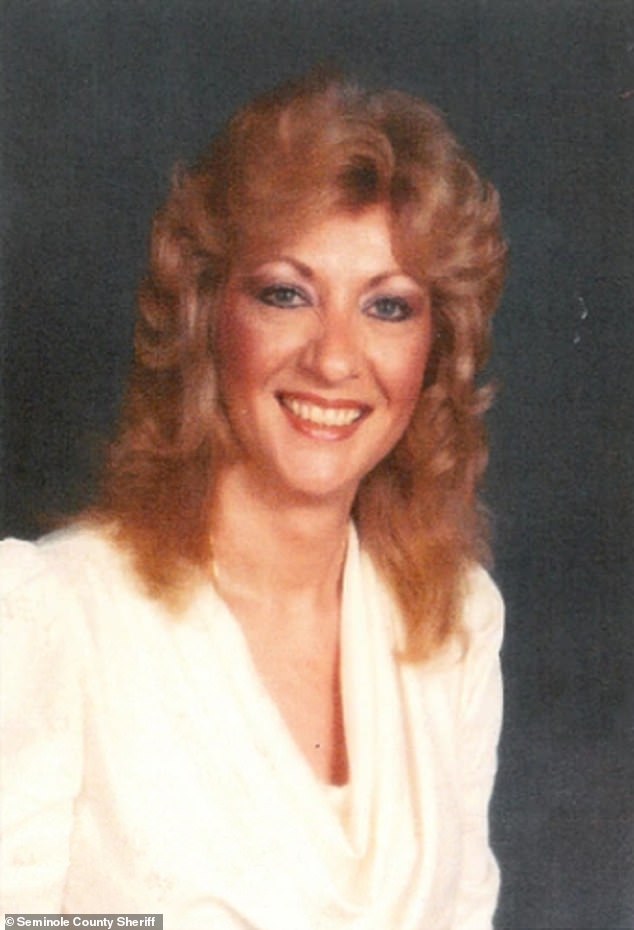 Emitt has been charged with the murder of Eveline Aguilar (pictured), whose body was discovered on July 14, 1986. Authorities said Aguilar had multiple cuts and stab wounds to her upper body and hands

Investigators traveled to Tennessee this week, and with the assistance of the Knoxville Police Department and the Knox County Sheriff’s Office, they arrested Emitt.

He was taken into custody without incident and booked into the Roger D. Wilson Detention Facility in Tennessee on first degree premeditated murder and burglary charges.

Emitt will be extradited to the John E. Polk Correction Facility at an undetermined date for his first court appearance.

Three of Aguilar’s four sisters came together to watch Sheriff Lemma announce the arrest on Thursday.

‘Our hearts go out to Eveline Aguilar’s family members who have continually sought justice for Eveline,’ said Sheriff Lemma.

‘Thanks to the dedication and persistence from our Major Crimes and Forensic Units, and our partners from FDLE and Knoxville PD, we have taken this dangerous criminal off the streets.’