Man arrested after nephew worked as his designated driver

Genoro Lopez, 29, was arrested Sunday after his 11-year-old nephew worked as his designated driver when he was intoxicated

A California man who was ‘drunk and high’ over the weekend was arrested after he was found slumped over in the passenger seat of a car as his young nephew escorted him around.

The officer initially pulled the vehicle over when he noticed the driver had been ‘making traffic violations, weaving and (speeding),’ according to KTLA.

When he took a closer look into the car, he caught sight of the child – who was afterward identified as Lopez’s 11-year-old nephew.

The alarming incident was put to a halt at the busy intersection of Surfside Drive and Hueneme Road in Port Hueneme.

The officer said during the arrest he began receiving calls from other witnesses reporting to have seen a child operating a car on the highway. 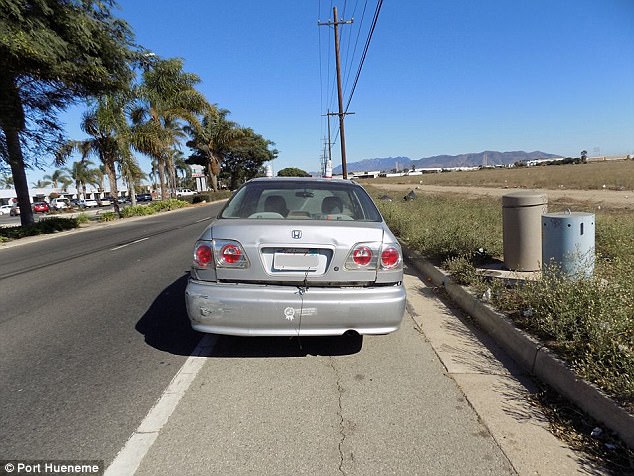 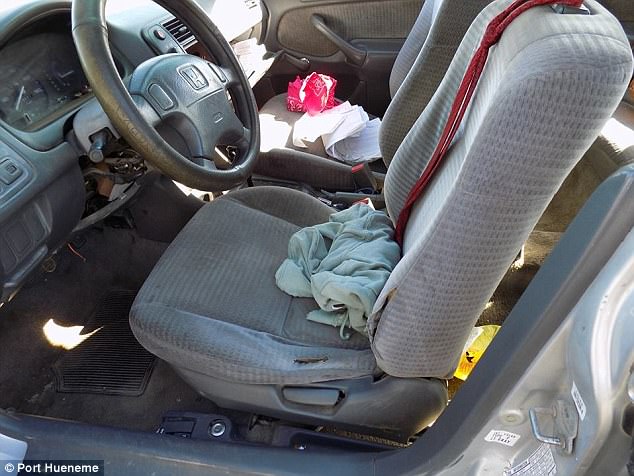 ‘Someone had to have propped up some clothing for him, which allowed him to reach the pedals and also see over the steering wheel,’ Port Hueneme police Sgt. Christopher Graham said, after the car inspection

Port Hueneme police Sgt. Christopher Graham said it was clear the driver was minor as it was obvious ‘he did not know how to drive’ the vehicle.

‘The uncle – someone had to have propped up some clothing for him, which allowed him to reach the pedals and also see over the steering wheel,’ Graham said.

According to the police department’s social media post, the irresponsible uncle was ‘in possession of an open container of alcohol and was displaying clear signs of intoxication.’

The child first told police that he was behind the wheel because Lopez was teaching him how to drive. 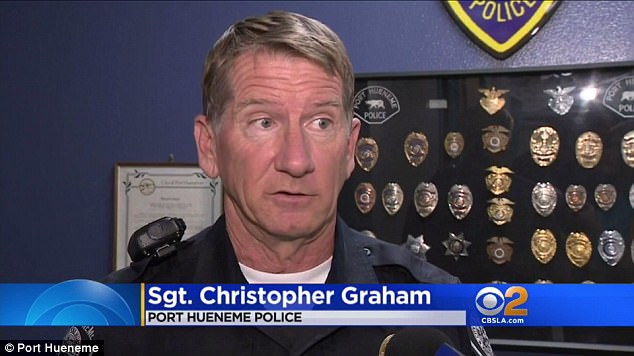 He later revealed the true story when he was asked in further questioning, the police report said.

Just hours before the incident, Lopez was also said to have used methamphetamine, which he was high on at the time of his arrest.

‘It’s just crazy that he put his nephew and the public in danger, just cause he didn’t want to go to jail,’ Graham added.

During the car inspection, authorities found a firearm wedged between the passenger seat and the car door, which was determined to be an imitation, the police report read.

Lopez was then placed into handcuffs, and told police he ordered his nephew drive because he feared he was be pulled over for operating a vehicle under the influence.

The background check revealed that Lopez had been arrested for the OVI crime previously back in May.

He was arrested on charges of ‘felony child endangerment, the outstanding misdemeanor warrant, and for having an open container of alcohol in the vehicle,’ the Facebook post confirmed.

Lopez was booked to the Ventura County Mail Jail on bond of $50,000.