Law enforcement officers in California have arrested a man on two counts of hate crimes following an incident on Christmas Eve in which he harassed Asian diners at an In-N-Out.

Jordan Krah, 40, of Denver, Colorado, approached two customers at a San Ramon In-N-Out burger and harassed the pair, who were recording themselves trying different foods at the popular burger chain.

Jordan Krah, 40, of Denver is pictured here in a silver Mustang. He harassed a pair of Asian friends at an In-N-Out burger on Christmas Eve before allegedly pulling a similar stunt Christmas morning with an Filipino family

He went on from there, ‘Are you Japanese or Korean?’ he asked.

Becoming increasingly hostile from there, he said, ‘Are you Kim Jong Un’s boyfriend? you have gay sex with him?’

‘Normally I could spit in your face. That’s some Filipino sh**,’ he continued before saying, ‘I’m a slave master you f***ing f*g.’

Krah told the pair he would see them outside in a minute before watching them finish their meal while staring through the window from the outside of the restaurant.

In an interview with KTVU, Arine Kim said that Krah ‘did not look entirely mentally well. He just kept on spewing nonsense.’

‘Honestly, if I didn’t record it, I wouldn’t have believed that it happened because, even some of the words he said, in the heat of the moment, I didn’t realize he called himself a slave master.

‘I completely blanked out that he threatened to spit on us as well,’ she said. 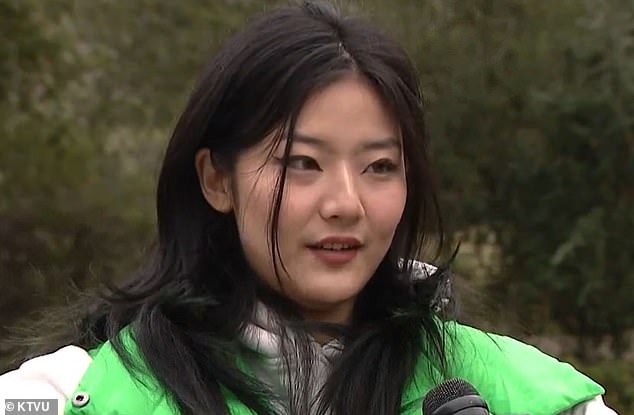 Arine Kim speaks with a local Fox outlet about the In-N-Out incident, which she recorded and posted to TikTok, attracting the attention of a local police chief 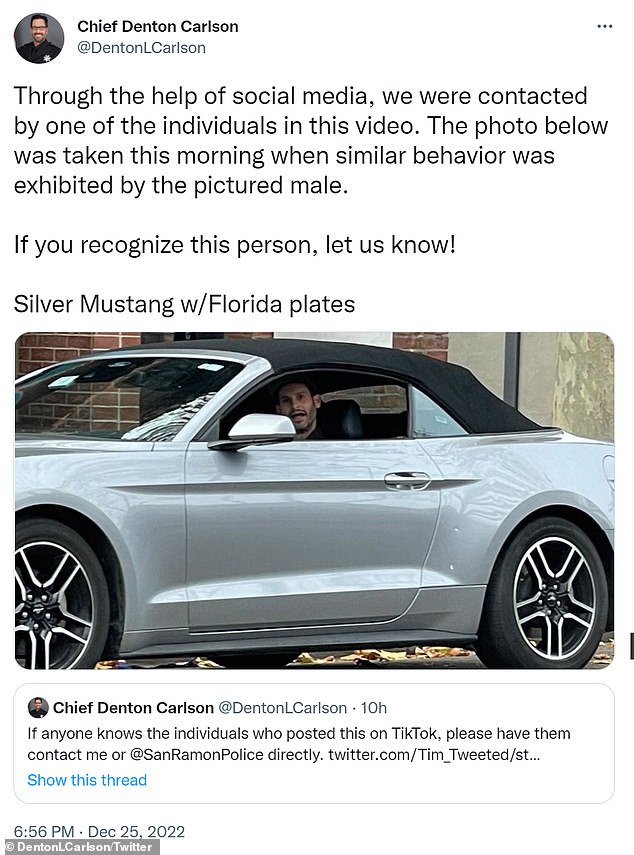 Chief Denton Carlson posted details about Krah on Twitter in an effort to get the community involved in identifying and tracking him down, which is exactly what happened

Krah has also been accused of harassing another woman, Abigail Halili, and her siblings when they walked into a store in downtown Danville on Christmas Day.

The family are of Filipino descent and Krah reportedly delivered a similar rant.

‘You guys are gonna vandalize the shop, you’re gonna rob the place, I don’t trust you guys. Leave! You guys are Filipino idiots!’ he said, according to Halili. 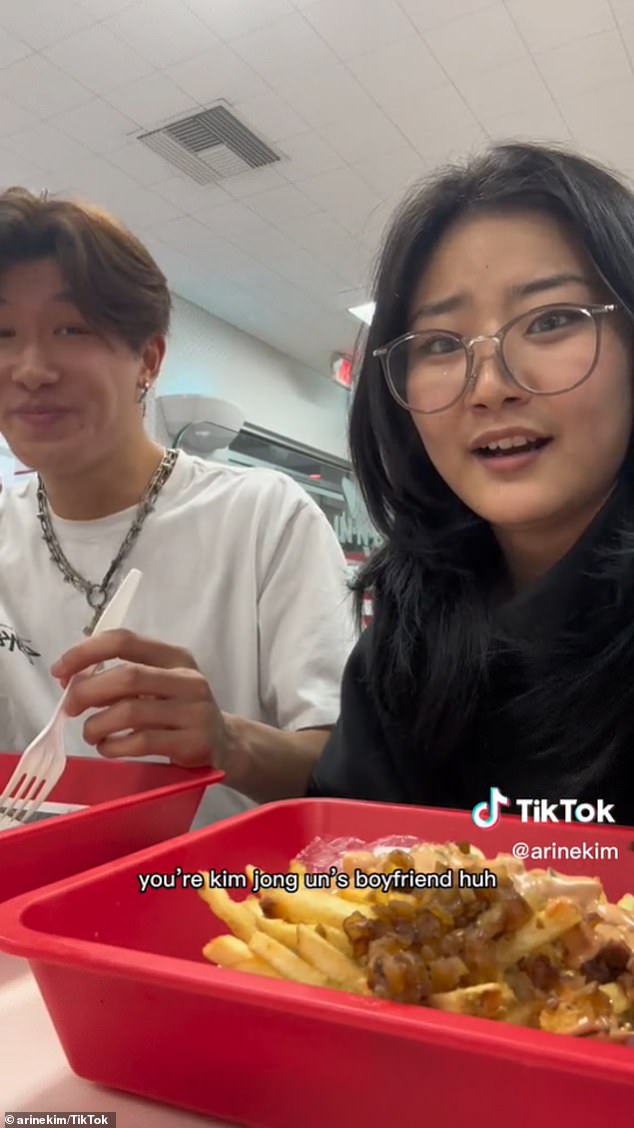 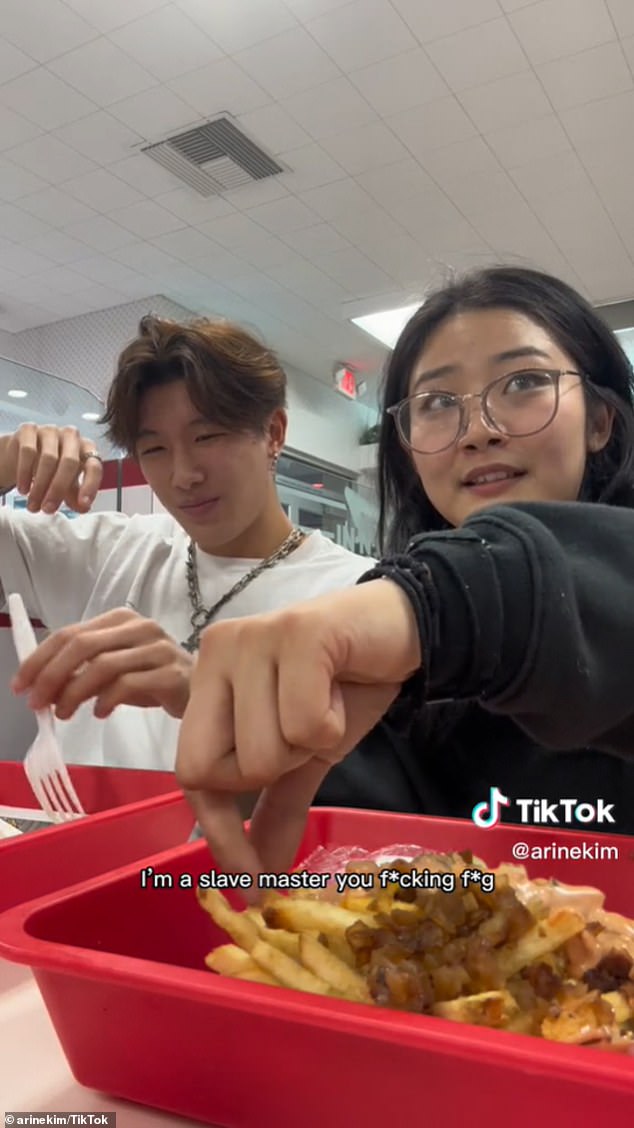 The video posted to TikTok by Kim went viral and attracted the attention of San Ramon Police Chief Denton Carlson, who took to Twitter to attempt to try and identify the perpetrator.

He posted a picture of Krah and said the suspect had been driving a Silver Mustang with Florida license plates. He was ultimately identified and booked into the Martinez Detention Facility.

A release from Lieutenant Tami Williams of the San Ramon Police Department said that Krah was charged with two counts of ‘Committing a Hate Crime.’

As of December 26, he remained in custody.

On Monday, Carlson tweeted that Krah was ‘being interviewed’ an that additional arrest charges would be made ‘if determined they are necessary.’