Man arrested in murder probe after body found on the M20

Detectives are questioning a man on suspicion of murder after a badly mutilated body was found on a motorway.

The body was reported to police by horrified drivers on the London-bound carriageway of the M20 near Ashford, Kent around 6pm on Tuesday evening.

It is understood the body may have been struck several times by passing vehicles, whose drivers were unaware of what it was. 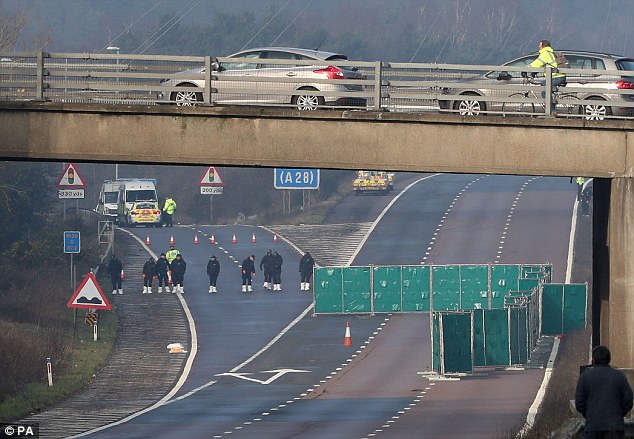 One motorist said he was driving onto the coastbound stretch of motorway at about 6.20pm when he saw emergency services on the opposite side of the road.

The 21-year-old man, who asked not to be named, told the Press Association: ‘As I entered the motorway I expected to see a crash when I suddenly realised that it wasn’t and unfortunately it appeared to be a body lying in the central lane with police and ambulance staff around it.

‘Because of the torches being shone by police [I could see] it appeared that the body had been struck by vehicles.

‘It was very shocking. It is not a sight I would want anyone to witness. My condolences are with the family of the deceased.’

The person’s remains were reportedly in such a bad condition that officers were unable to determine if it as adult male or female.

Police closed off the motorway at Ashford, Kent which was turned into a crime scene and detectives from the Kent and Essex Serious Crime Directorate joined forces with the Kent Police Serious Collision Investigation Unit to investigate the incident. 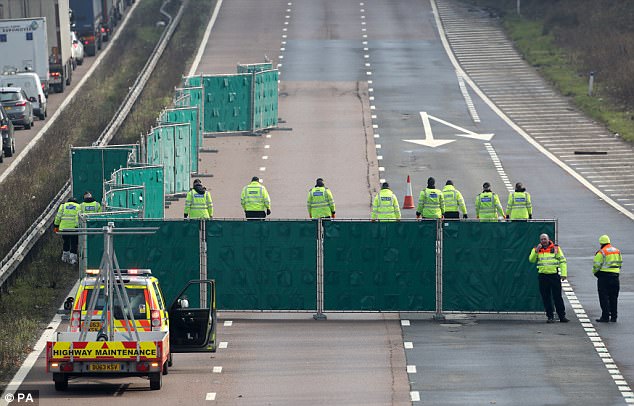 A man is understood to have later handed himself in to police.

A Kent police spokesman said: ‘We can confirm that the man who handed himself in to a police station in Kent on February 21 was formally arrested on suspicion of murder and at this time remains in custody.’

Detectives have issued an appeal for motorists’ dashcam footage which may aid the investigation.

The M20 is a busy road artery linking the Channel Tunnel and Port of Dover to the M25 and London. 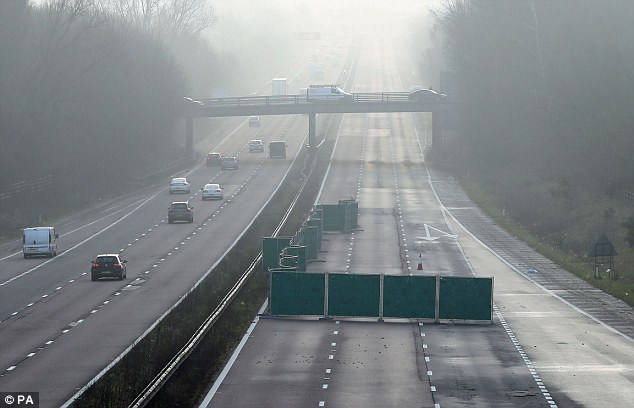 The scene where the body was found. A man has been arrested on suspicion of murder