Man arrested in Pakistan over the murder of PC Sharon Beshenivsky

Man, 71, is arrested in Pakistan over 2005 murder of PC Sharon Beshenivsky who was gunned down in by armed robbery gang as they raided travel agent

A man wanted by police in connection with the murder of PC Sharon Beshenivsky has been arrested in Pakistan.

Piran Ditta Khan, 71, was arrested yesterday and appeared in court in Islamabad today.

West Yorkshire Police officer PC Beshenivsky was shot dead by a criminal gang in Bradford while responding to an armed robbery on 18 November 2005. She became the seventh serving female officer ever to be killed on duty in Britain.

Khan was remanded in custody to next appear in court on 29 January. 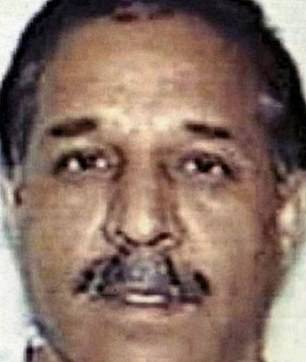 Piran Ditta Khan, 71, (right) who was wanted by police in connection with the murder of PC Sharon Beshenivsky (left) has been arrested in Pakistan

Three men – Muzzaker Imtiaz Shah, Mustaf Jama and his younger brother Yusuf Jama – were all given minimum 35-year jail sentences for her murder. But police spent years hunting for Khan, offering a £20,000 reward.

Detective Superintendent Mark Swift, of West Yorkshire Police, said: ‘I would like to thank the National Crime Agency officers in Pakistan and partners who have made this arrest possible.