Man, 22, who brutally attacked his female housemate, 39, by hitting her in the face before headbutting her five times was angry because she refused to let him end the lease

A man punched his female housemate in the face and headbutted her because she refused to let him out of a lease.

Trevor Terence Dann, 24, bashed his 39-year-old victim at her property in Lowood, in Queensland, while calling her a whore.

The fight escalated when the woman was approached by Dann and his father, who both requested that he be taken off the lease.

The woman said it wasn’t fair to end the lease as Dann had six months left.

Dann then grabbed the woman with both hands and headbutted her five times.

The woman’s partner intervened and punched Dann and his father, who had become involved in the fight.

Trevor Dann, 24, hit his housemate in the face and head when she refused to let him out of a lease (file image)

The woman grabbed the testicles of both Dann and his father before hitting her housemate with a tin of dog food.

Dann, then 22, had shared the house with the woman and her partner for six months before the incident occurred in November 2016.

He pleaded guilty to assaults causing bodily harm but claimed it was self-defence.

The woman was unable to see from one eye and was taken to Ipswich Hospital with bruises, facial injuries, a bone fracture to her nose and bite marks on the side of her mouth.

Prosecutor Cameron Wilkins said: ‘It was a brutal, persistent, unrelenting attack on a female and caused significant injuries to her.’

Defence barrister Geoffrey Seaholme said that Dann suffers from mental health and behavioural problems as he contracted bacterial meningitis as an infant. 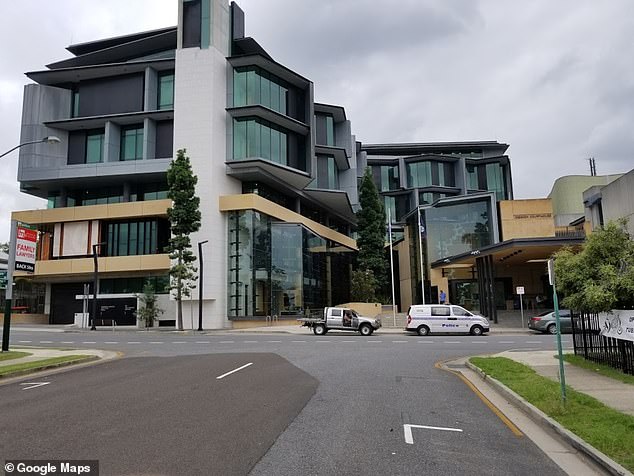 Mr Seaholme also said that Dann has been smoking marijuana regularly since the age of 13.

Judge Dennis Lynch QC said that violence at this level is serious but jail would not be appropriate.

Dann was sentenced to a two-year Probation Order and must complete psychological counselling and programs.