Man billed nearly $60,000 for cost of putting out wildfire

A Florida man has been charged nearly $60,000 to cover the costs of putting out a 705-acre wildfire that he started in March.

Brian Sparks, 55, was burning old paperback books and clutter in his yard in Bryceville, Florida, when the flames got out of hand.

Florida Forest Service sent a bill to Sparks on Monday to pay for the four days of personnel and machinery used to extinguish the blaze, including airplanes and .

He also received a misdemeanor citation for failure to obtain a department permit and reckless land burning. It’s Florida law that only clean, dry wood can be burned.

Brian Sparks was billed $60,000 for the cost of putting out the wildfire he caused in March 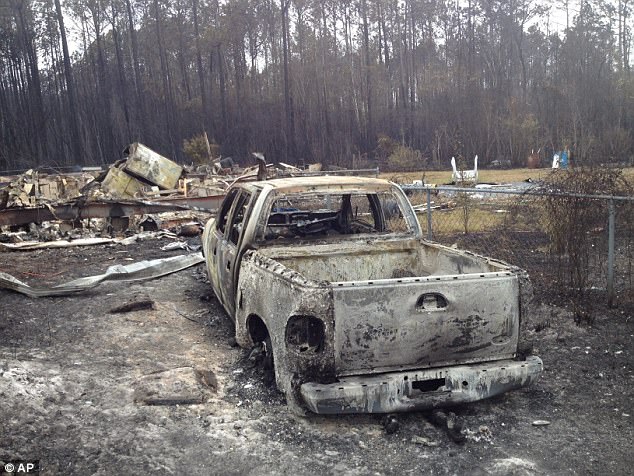 The man was burning books and clutter when the flames got out of hand, spreading to 705 acres 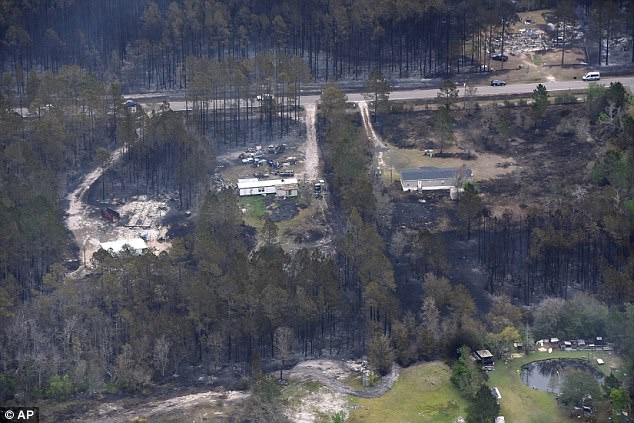 The fires forced mandatory evacuations, destroyed two and damaged at least eight homes, and about 19 barns or sheds were impacted. Florida Forest Service said that more than 250 houses were saved and there were no casualties.

The flames quickly spread from an initial five acres to an eventual 700. Local churches opened their doors to residents fleeing their homes.

Fire crews from neighboring counties joined with forestry workers to contain and extinguish the blaze over four days.

And while many are mad about the blaze, some neighbors were more supportive.

‘Nobody lost their life. And it wasn’t malicious, it was a pure accident. It’s a terrible thing for sure, but everybody’s alive today. That’s the most important thing,’ said neighbor Peter Potter.

Paul Megois, 46, is the homeowner of a house that burned to the ground and said it could have been anyone who started the fire.

‘I’d like to meet him, give him a hug and move on. I can’t imagine the guilt he feels. I’ve got no animosity toward him,’ he said. 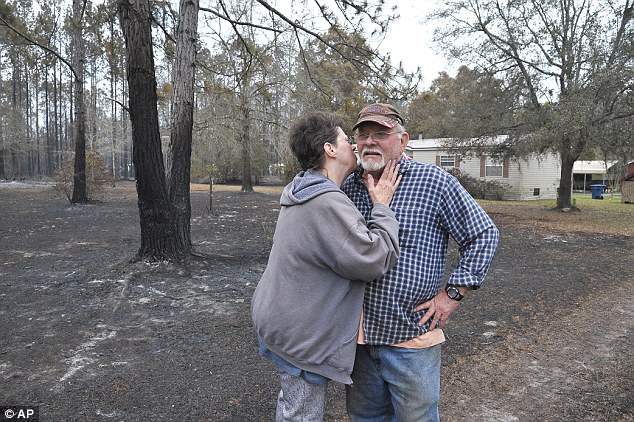