The scene was recorded by an onlooker at a Virgin Active gym in Stellenbosch, a university town in South Africa’s Western Cape.

In the footage a man can be seen sitting on an exercise mat just a few yards away from a woman who is doing weighted squats.

While he uses his phone with his right hand, the other appears to be moving vigorously in his shorts with a towel over his lap. 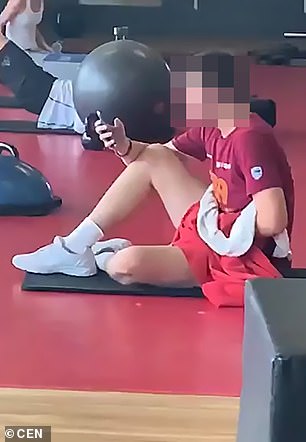 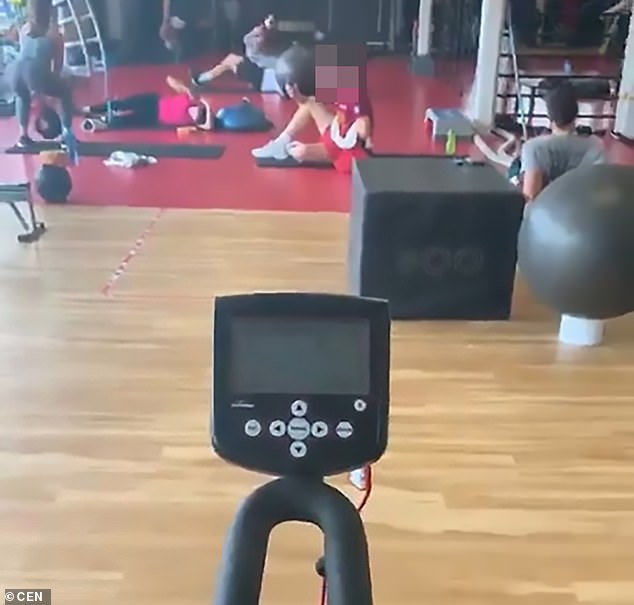 Another gym-goer filmed the man while sitting on an exercise bike in plain view of the man and woman.

It was posted on social media with the caption: ‘I want this man’s face to go viral. This was at the Virgin Active in Stellenbosch @virginactiveSA. Absolutely abysmal behaviour.’

Local media report the Virgin Active branch responded to the incident by taking immediate action against the man for his ‘depraved behaviour’ and his membership was reportedly terminated.

A spokesperson for the chain of gyms added that he had been handed a life ban from each of their facilities because of the clip.

It is unclear if the video has been reported to the police.