Brian Peck, 55, has been charged in the murder of his mom Gail Peck, 76

A man has been charged in the death and dismemberment of his mother whose remains were found in a Chicago park lagoon on Tuesday.

Brian Peck, 55, of the Chicago suburb of Elgin, faces two counts of first-degree murder and concealment of a homicidal death.

Police said Peck called authorities Friday afternoon and said his mother, Gail Peck, 76, went for a walk with her dog and the dog returned home without her.

That prompted an hours-long search that included officers on foot, a drone, helicopter and all-terrain vehicles.

On Saturday, two duffel bags containing human remains were discovered in a lagoon at Chicago’s Lincoln Park after a fisherman found one of the bags.

In the bags were a torso and parts of two legs. There was a scar on the back of the torso from previous back surgery.

Investigators said they believed the body parts from both bags came from the same person. 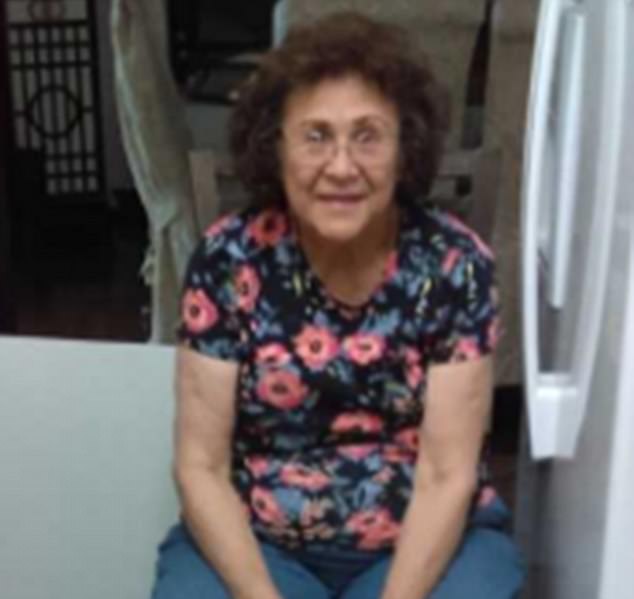 Gail Peck, 76, was reported missing by her son after she hadn’t returned home from walking the dog Friday afternoon

Records show Gail Peck filed an order of protection against her son in March 2016.

She told police they argued about loud music he was playing and he put her in a chokehold twice and said he was going to kill her.

Neighbors said Peck and her son had moved to the area just a few months ago.

‘I’d seen him a number of times walking around in the neighborhood. I can’t really put my finger on why, he just made me a little uncomfortable,’ neighbor Jessica Williams told WLS.

An autospy was conducted Sunday and the cause of death is still pending.

He was scheduled to appear for a bond hearing Tuesday afternoon in Cook County court in Rolling Meadows.