Police in Massachusetts have arrested a man in connection with a burglary at New England Patriots player Rob Gronkowski’s home while he was at the Super Bowl.

Foxborough police say 31-year-old Anthony Almeida was charged Friday with breaking and entering, receiving stolen property and malicious destruction of property after his home in Randolph was searched.

Gronkowski’s home in Foxborough was burglarized in February while his team was in Minnesota to play against the Philadelphia Eagles.

Authorities have recovered an Apple watch, a Rolex watch and some rare coins so far.

Almeida was arraigned Friday. It’s unclear whether he’s represented by an attorney. 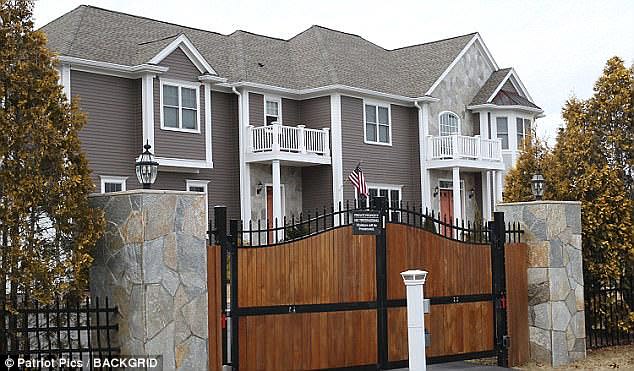 Gronkowski called police on Monday, February 5, when he returned home and found that his $1million house in Foxborough, Massachusetts had been robbed 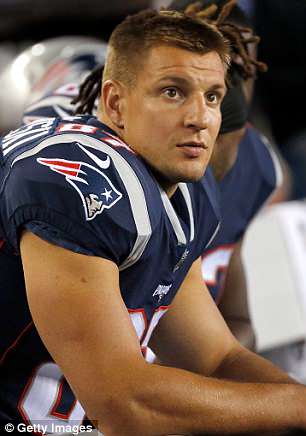 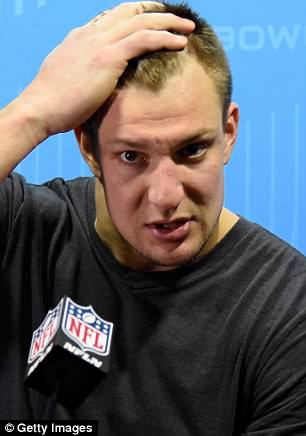 Gronkowski (left) had spent the previous week with his team at the Super Bowl in Minneapolis. He is seen right talking to reporters after the Eagles beat his team, the Patriots, 41-33 on February 4

Authorities last month released the 911 call Gronkowski made after he returned home from the Super Bowl in Minneapolis.

‘Hello, this isn’t an emergency,’ says Gronkowski to the dispatcher at the beginning of the call.

‘This is just, this is Rob Gronkowski calling, and while I was gone my whole house got robbed, while on the Super Bowl trip and I just got back.’

The rest of the call has been redacted in light of the ongoing investigation. 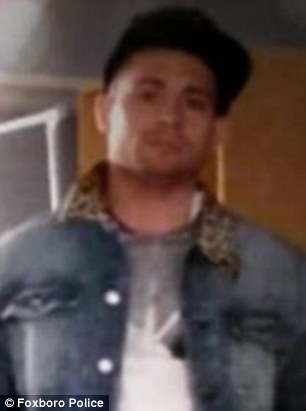 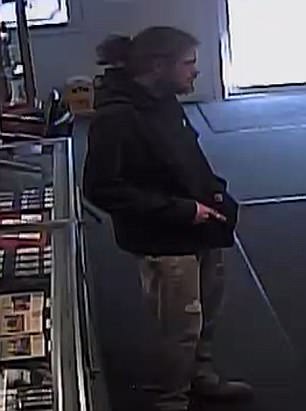 The Foxborough Police Department said that Gronkowski, 28, called at 6:18pm on Monday, February 5, to report that a burglary had occurred at his $1 million home.

That is all the information that authorities were able to give at the time however, noting that since this is still an active investigation no details would be released until they had finished gathering all information regarding the case.

The initial dispatch did however note that ‘multiple safes’ and ‘possible guns’ may have been taken in the heist according to the homeowner, who said he had been away on a trip.

There was no name given, but the address of the home is the same property that Gronkowski owns in the town, just a few miles away from Gillette Stadium. 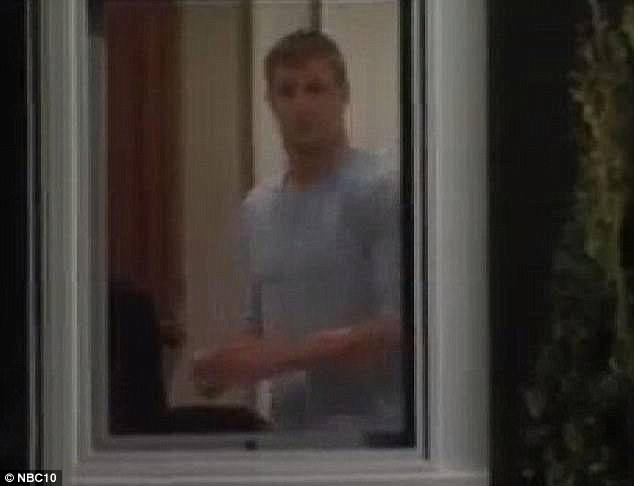 Gronkowski has yet to comment on the situation, but NBC Boston caught the Patriots star roaming around his home on the night of his return

It was less than 10 minutes after Gronkowski made that call when the first officer arrived on the scene, and the scanner reveals that multiple detectives and other officers visited the property that same evening.

It is unclear when the burglary might have occurred, with Gronkowski heading out to Minneapolis on January 29 with the team, giving the alleged looter or looters a full week to try and access his home.

Gronkowski has yet to comment on the situation, but NBC Boston caught the Patriots star roaming around his home on the night of his return.

The 6ft 6in tight end, who weighs 265lbs, did not seem concerned for his safety, but did appear to be less carefree than normal as he walked around in a gray long-sleeved tee.

He was joined by two friends, Nate Ruckdaschel and Robert Goon, who could be seen peeking out the front door as NBC cameras filmed them from just outside the property.

A neighbor told Boston 25 that he noticed something off on Super Bowl Sunday, but did not alert police at the time.

‘We went past the house on Sunday, about 12:30-1 p.m., and I happened to notice the gate was ajar, which is very unusual,’ said Tom Savino.

‘You never see that gate ajar. So, as a joke, my son and I said, “Gee, maybe we should just call the police or something.” Now I’m sort of sorry I didn’t.’