A man has been charged with murder after a supermarket worker was stabbed to death in an aisle at work.

Jodie Willsher was attacked at an Aldi in Skipton, North Yorkshire, on Thursday.

Her husband Malcolm has since described the 30-year-old as “lovely and warm”, and always having a smile on her face.

Floral tributes were left outside the shop (Pat Hurst/PA)

“She was amazing, beautiful and a lovely person. She was a doting mother and a loving wife,” he added. 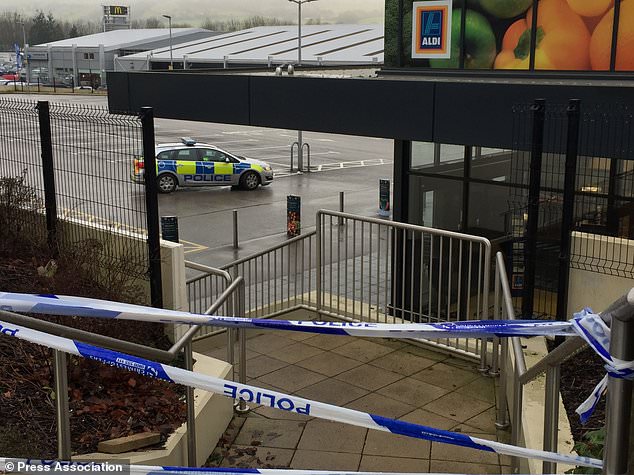 Colin Breslin, regional managing director at Aldi, said she was a “much loved and popular colleague”, and that they are all deeply shocked and saddened by her death.

Matthew Barnes, chief executive of Aldi UK and Ireland, said: “Everyone at Aldi is heartbroken by this devastating news. Our deepest sympathy goes to Jodie’s family, friends and colleagues.

“We are doing everything we can to support our people and all those affected during this difficult time.”

Officers investigating the death have appealed for a man in his sixties or possibly older, who restrained the suspect, to come forward. 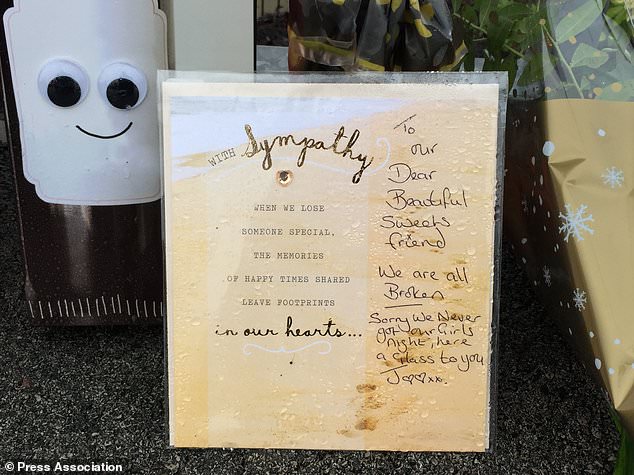 Tributes left by the Aldi in Skipton

Described as wearing a flat cap and a lighter and darker two-tone walking-type jacket, the force said he was the first person to try to intervene and was involved in a sustained struggle with the suspect.

Officers said it is believed he was shopping with a lady with short, light brown hair who was wearing a light-coloured, possibly grey, jacket – and that they both appear to have left the store before emergency services arrived.

The town council’s mayor Andy Rankine said those who live in Skipton are “in shock and grieving” over the loss of Mrs Willsher.

Floral tributes to Mrs Willsher have been left at the edge of the police cordon around the store in Keighley Road, which is closed until further notice while police continue their investigation.

One man, who did not want to be named, laid down flowers describing Mrs Willsher as an “absolutely lovely person”.

“She idolised her daughter. She put a snap on Facebook yesterday of her with her daughter cuddling in bed before she went to work.

“Nobody should ever go to work and not come home.”

Anyone who knows the man described in the police appeal should contact North Yorkshire Police on 101, select option one and speak to the force control room, quoting reference 12170227342.