A Chicago man who allegedly murdered his landlord with the assistance of his brother Googled how long it would take for a body to decompose in a sewer before the victim was found dead in one.

Police said Elijah Green, 25, and Tony Green, 22, were taken into custody Friday and charged with first-degree murder in the strangulation death of Vasudeva Kethireddy, 76.

The body of their landlord, Kethireddy, was found dumped inside a sewer the same day on the 6200 block of South May Street in Englewood, where the suspects lived. 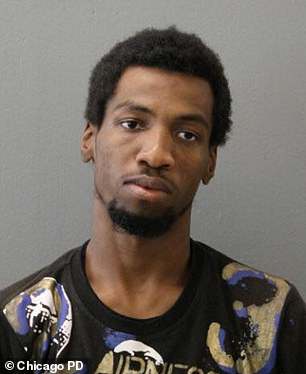 Elijah Green, 25, (L) and Tony Green, 22, (R) were arrested Friday and charged with first-degree murder of their landlord, Vasudeva Kethireddy

Kethireddy, a grandfather, was last seen on August 4, when he set out to collect rent from tenants around the residential community.

Prosecutors said in court Monday the younger Green allegedly told the landlord the two men had a pipe leak that needed fixed, when he entered their apartment to examine it. 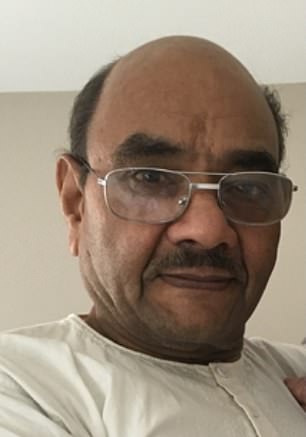 The body of Vasudeva Kethireddy, 76, (pictured) was found in a sewer Friday in Englewood. Tony Green Googled beforehand how long it would ‘take for a body to decompose in the sewer?’

That’s when the men allegedly robbed Kethireddy of his credit cards as well as $1,600 in cash before he was strangled to death.

Prosecutors said after police investigation that the youngest Green Googled beforehand, ‘How long does it take for a body to decompose in the sewer?’

The victim’s credit cards had been used at a nearby Citgo gas station shortly after he vanished.

The landlord’s son, Shantan Kethireddy, said his father was last spotted depositing some checks at a local Chase bank, according to ABC 7 Chicago.

Shantan Kethireddy told ABC 7 his father had a poor upbringing in India.

He relocated to the United States more than four decades ago to help others find affordable housing in the Englewood area.

He said that his dad would have helped anyone out in need. 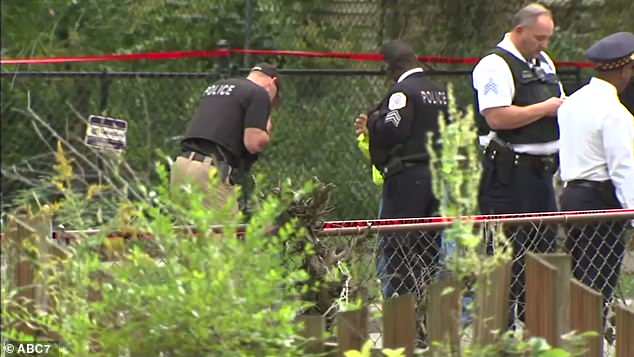 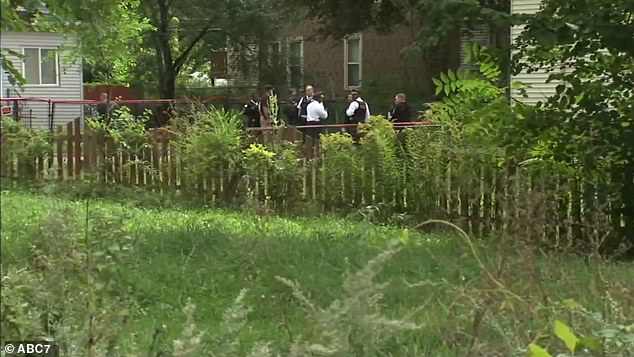 The discovery came after nearly a two-month search by police, Kethireddy’s loved ones and community members 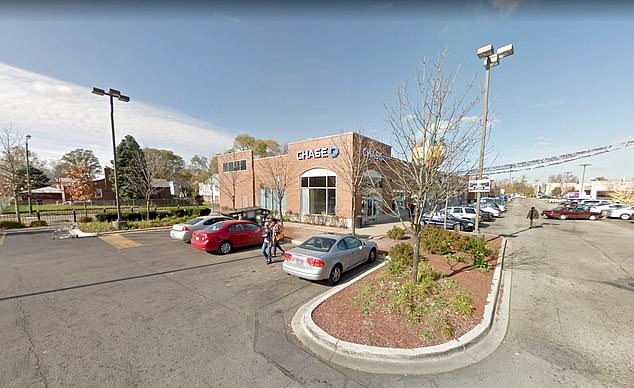 The landlord’s son, Shantan Kethireddy, said his father was last spotted depositing some of the rent payments at a local Chase bank 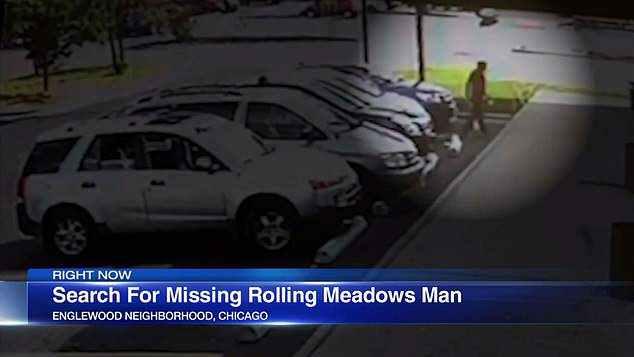 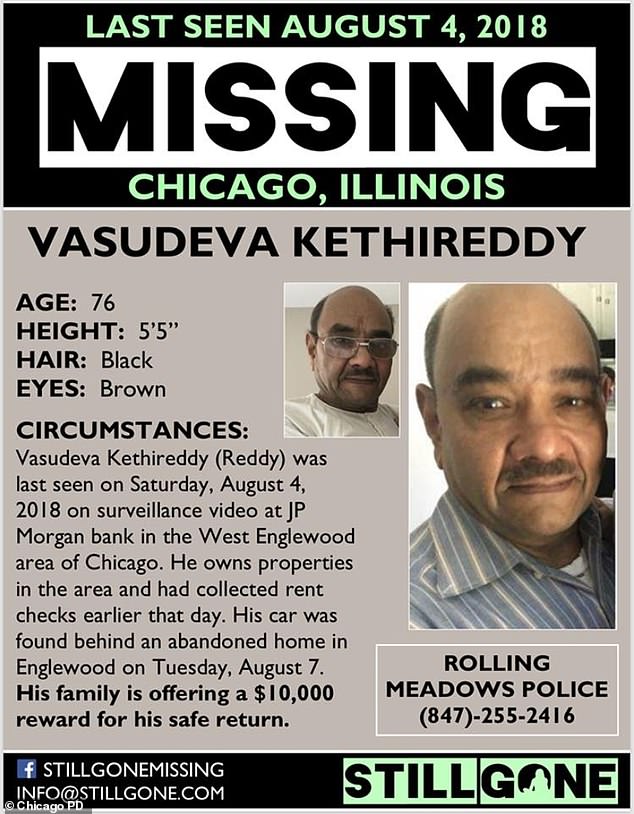 Following a two-month search, the landlord was found in a sewer in Englewood

‘At the end of the day, this was really just a complete senseless act against somebody, that, if you asked him for all the money in his pocket, would have just given it to them,’ the son said.

Another tenant reported the landlord missing after he did not show up to collect rent that day.

Following a two-month search, the landlord was found in a sewer in Englewood.

His son added that his family is ‘trying to find forgiveness and try not to be consumed with anger.’

The brothers were denied bail Monday. 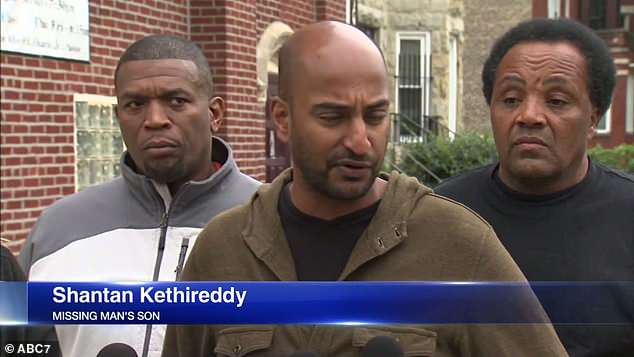 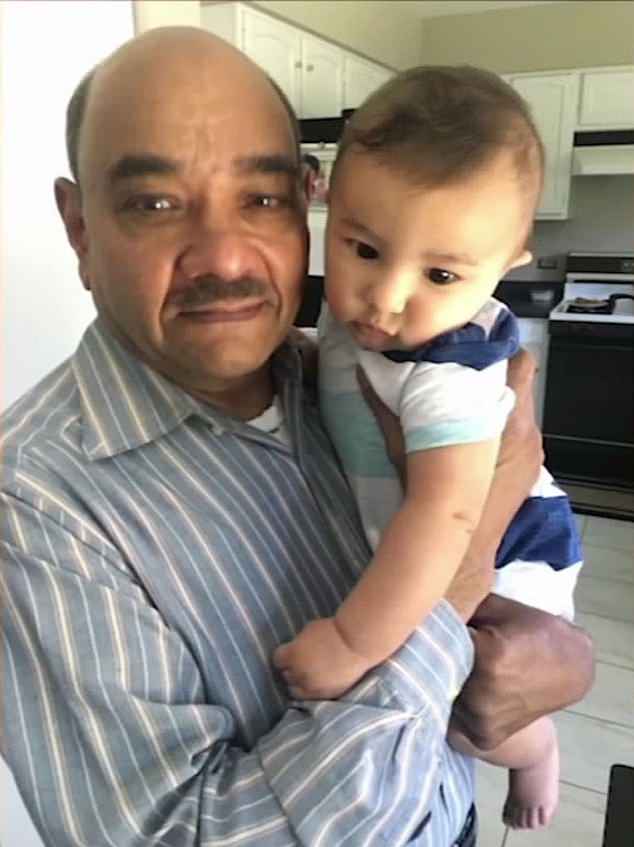 Kethireddy is pictured with his grandson